Emeritus Professor of Food Science and Nutrition
University of Minnesota 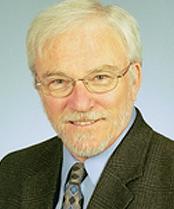 Gary Fulcher received his BA and MSc in biology from Carleton University in Ottawa, and his PhD in botany from Monash University in Australia. Before coming to the University of Minnesota as the inaugural GMI Chair in Cereal Chemistry in1989, Gary was Senior Research Scientist and Coordinator for Grains and Oilseeds Research with Agriculture Canada, and an adjunct professor in the School of Medicine at the University of Ottawa. In 2004, he became head of the Food Science program at the University of Manitoba, later continuing as Emeritus Professor at the University of Minnesota. His research interests include: cereal chemistry and technology; carbohydrate chemistry; nutritional properties of grain components; evaluation of genetic characterization of quality; extraction and characterization of antioxidants and other grain phyto-chemicals; and structure / function relationships in foods. Gary is a Fellow of the American College of Nutrition, and of the Cereals and Grains Association.