Professor of Epidemiology and of Medicine
Brown University 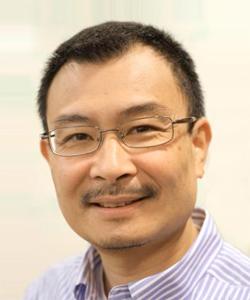 Simin’s research is at the interface of nutrition and genetics/genomics and focuses on their interplay in aﬀecting major chronic diseases in human populations. By examining large and high-quality prospective cohorts of middle-aged women and men (i.e., the Nurses’ Health Study, the Women’s Health Study, the Physicians’ Health Study), Simin and his collaborators have studied how dietary, life-course, and genetic factors may inﬂuence the development of chronic diseases. Within the common theme of insulin resistance, several speciﬁc diet-disease relations have been identiﬁed in this eﬀort. Speciﬁcally, his group has identiﬁed dietary glycemic index and load and intake of whole grains, fruits and vegetables, and dietary ﬁber as signiﬁcant predictors for future risk of type 2 diabetes and coronary heart disease (CHD).