We love reading all the food trend articles that proliferate as the old year turns into the new, so we’re using this week’s blog to highlight what various sources are saying about whole grain trends for 2016.

Local Grains. A report from SPINS caught our attention right out of the gate.  They’re highlighting the role of whole grains in sustainable, local, farm-to-table cooking – and the importance of paying attention to overall food systems. SPINS says we should look for crops like millet, rye, and barley – traditionally used as cover crops then sold cheaply as animal feed – to show up on restaurant menus more often.

It always strikes us as the height of irony that we grow great whole grains in this country, then feed them to animals straight oﬀ. Or, we reﬁne them and feed the best parts (bran and germ) to the animals while we eat the nutritionally-reduced white ﬂour. I’m all for treating animals well, but let’s reclaim more of those whole grains for our own plates! 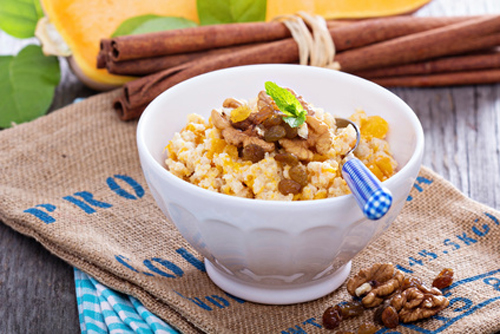 Pass the Porridge. Two sources, Foodservice Director magazine and The Sterling Group, named porridge as a top trend for 2016. The Sterling Group cited porridges made of rye, spelt, black rice, and quinoa, with a wide range of unusual savory toppings – way beyond a simple bowl of oatmeal. (That’s a millet porridge with pumpkin and nuts, above.) Foodservice Director called the trend “Haute Porridge,” mentioning how soupy whole grains are showing up throughout the day, not just at breakfast. Check out Kelly’s blog last week for some great porridge inspiration. 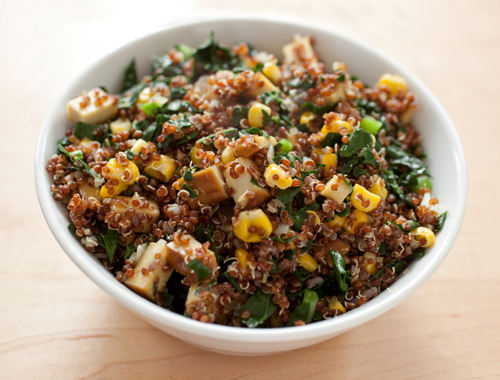 Globowls. Ah, two of our favorite things – whole grains and traditional diets – come together in this trend, highlighted by The Daily Meal. What’s a globowl? According to Chef Mareya Ibrahim, it’s a one dish meal that starts with “options such as farro, kamut, millet or noodles” that are then “layered with Southeast Asian, Mediterranean and regional American-inﬂuenced proteins and a variety of sauces and toppings.” 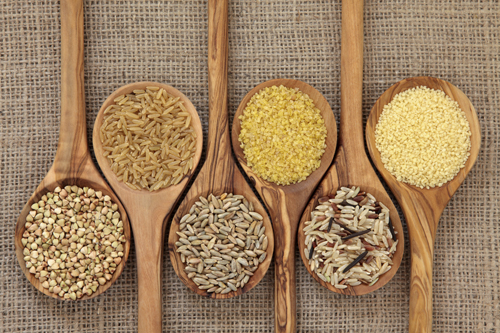 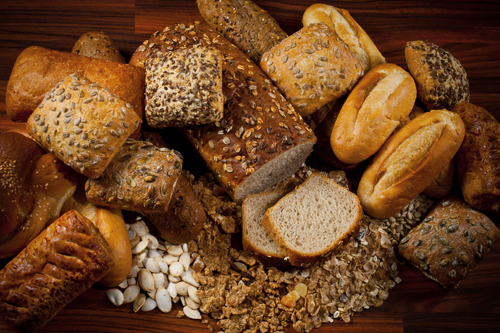 Bread Glorious Bread. Yahoo! Food says “bread is about to get a big revival as authentic, ancient grain-containing loaves are suddenly in style again… as bread is made with healthier, more wholesome ingredients.” Artisanal bread, made with care from heirloom grains… perhaps incorporating sprouted ﬂour, sourdough cultures and other ﬂavor- and health-enhancers… that’s the staﬀ of life that mankind has lived on for centuries. Welcome back.

The Carb Comeback. In the UK, the Telegraph cites an overall carb comeback, as “we get smart on carbs and learn to distinguish the types that provide nutrients and lasting energy and those that make us fat.” All hail the emergence of carb common sense as a continuing trend, this year and forever! Oldways believes that the true key to eating well lies not in speciﬁc superfoods or nutrients, but in choosing the widest possible diversity of foods, with an emphasis in quality among all of them. (Cynthia)