Last week the WGC was invited to Brazil to share information about whole grain definitions, consumer attitudes, and the Whole Grain Stamp with government regulators and manufacturers. Get a peek at whole grains in a Brazilian supermarket – and share key takeaways from the Brasilia workshop. 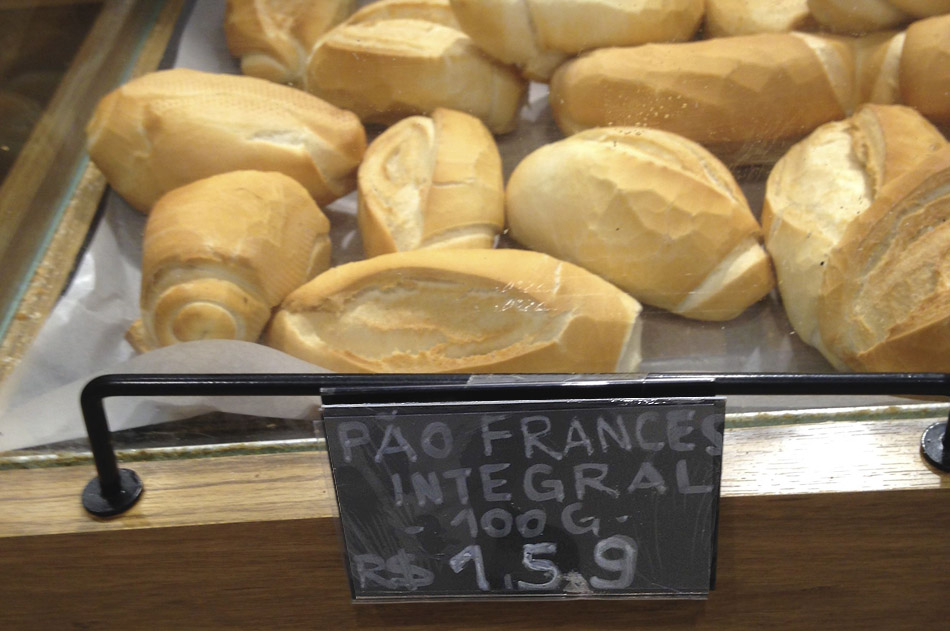 Would you consider that bread above to be whole grain? Me neither. Yet the sign in the Brazilian supermarket selling it says “Whole Grain French Bread.” Nearby, in the frozen foods aisle, we spotted a “whole grain” pizza, whose dough ingredients included enriched ﬂour, water, soybean oil, wheat bran, sunﬂower seeds, ﬂax seeds, soy, wheat germ… and way down the list “oat ﬂakes” that could possibly be whole grain.

Examples like these – and we found plenty more – illustrate why the Brazilian Health Regulatory Agency (ANVISA) is looking into ways to regulate whole grain labeling. To provide ANVISA with context for their deliberations, ABIA (the Brazilian food manufacturers’ association), ABIMAPI (the Brazilian pasta organization) and ABITRIGO (the country’s wheat milling association) jointly organized a two-day workshop in Brasilia – and invited me to share the experience of the Whole Grains Council.

Here are four key take-away messages that resonated with the 100+ people at the workshop – including ANVISA staﬀers and manufacturers: 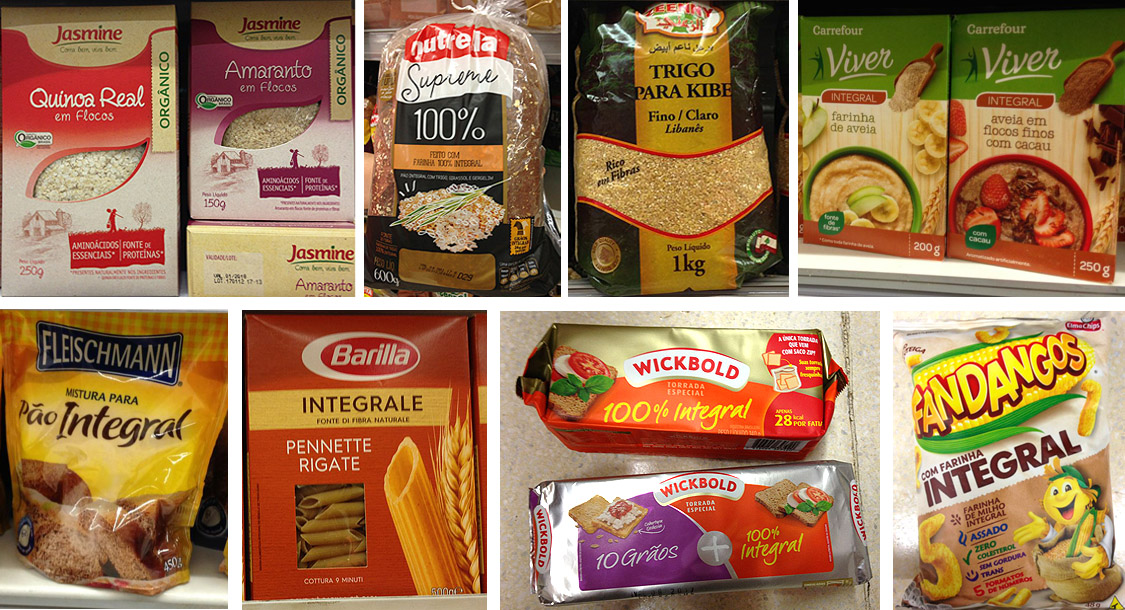 I had some great discussions, made wonderful new friends, and enjoyed delicious Brazilian food (including quinoa chickpea salad and a great bulgur tabbouleh at a Fogo de Chão restaurant). ANVISA – the Brazilian equivalent of the U.S. FDA – is now considering text for potential regulations, which they expect to have ready for public comment by the end of the year. I hope that this workshop lays a good foundation for clear and reasonable whole grain labeling laws in Brazil. (Cynthia)

Mary Carmen Mon...
You really Have the Whole Grain Stamp in your heart! Thank you for sharing these learnings with everyone and helping the world get more wholegrains into their diet.
Cynthia
Hi Mary Carmen! We appreciate your kind words and your input before the event. The Brazil workshop was a wonderful opportunity to help support the global whole grains community.
Nili Badanowski
Excellent work Cynthia! Thank you for helping to create a nutritional revolution around the world. I was recently in Romania and Holland and noticed similar issues in their supermarkets as well as in terms of general knowledge among the people. Hopefully things will improve there as well.
Cynthia
Hi Nili. Thanks for the kind words. Made me smile to realize that I'm not the only one who loves to visit supermarkets while traveling, to see what the whole grain scene is!