Bread’s four simple ingredients belie the complexity of processes that transform a glorified paste into a towering loaf. Bread is a tangled web of interactions and dependencies. If the complexity intimidates more than excites you, bread baking doesn’t have to be that way. 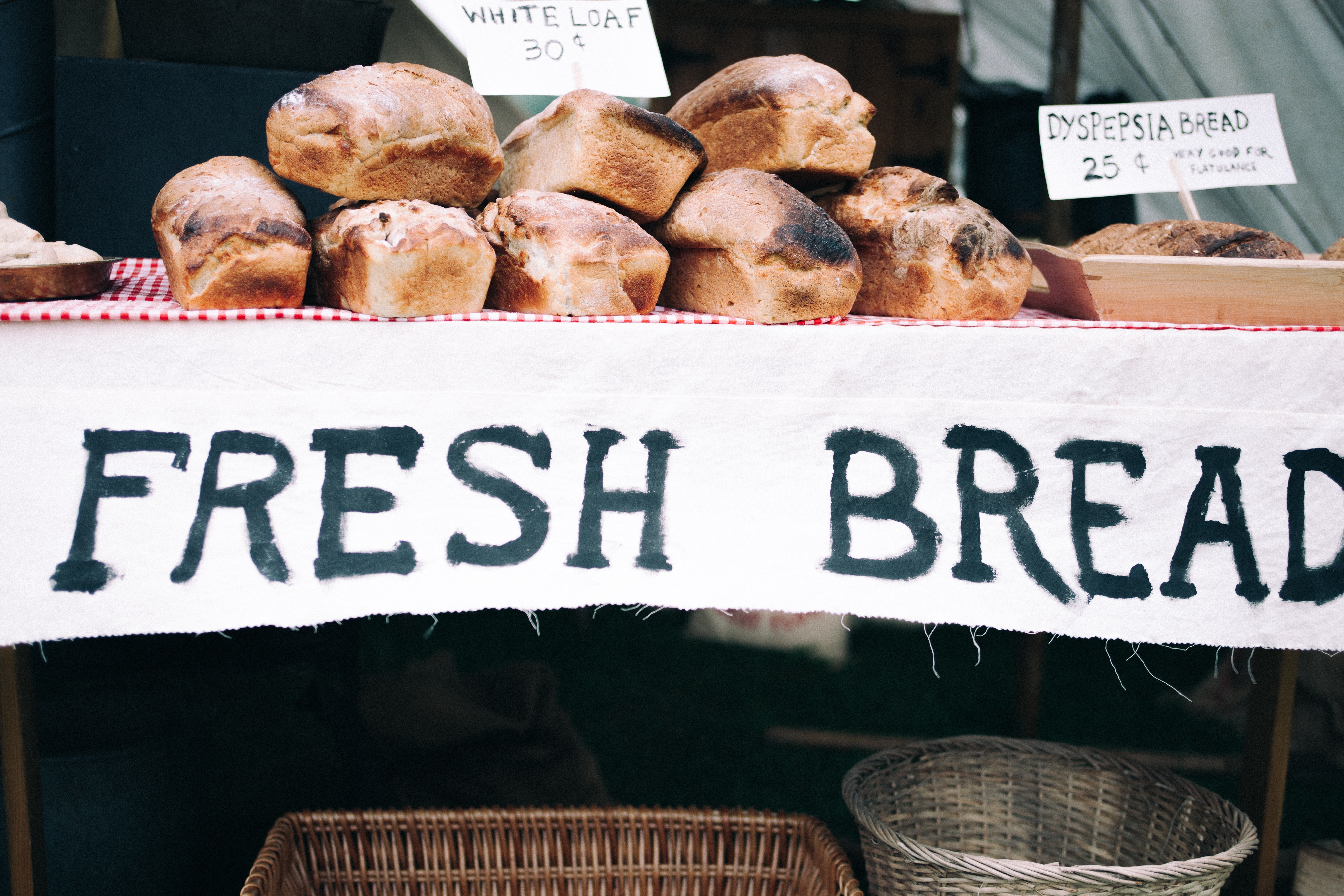 The past year has been many things. Stuck at home, many of us started new hobbies and projects that slowly blurred together, many ending up half-ﬁnished and forgotten. One thing that seems here to stay is the boom in baking and bread making. We’ve written about it before, and beautiful loaves are still emerging from home
ovens across the globe. We’ve been thrilled to see the popularity of and appreciation for whole grain ﬂour grow as well, guided and encouraged by an inspiring host of chefs and bakers. 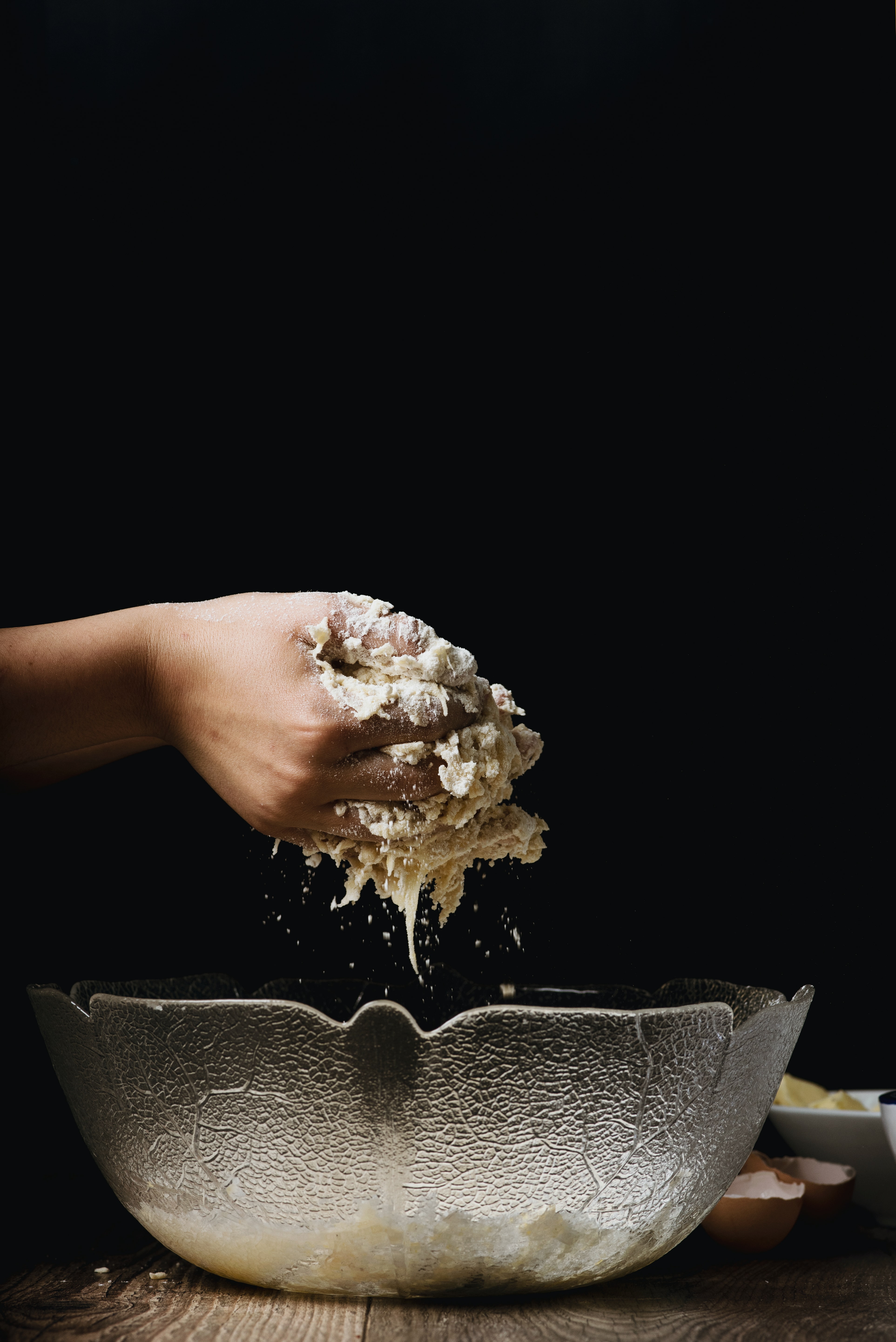 For many, delving into sourdough bread baking was an exciting puzzle and project. For others, the sourdough craze seemed overwhelming and not quite worth the time ­– or ﬂour. It is true that bread’s four simple ingredients belie the complexity of processes that transform a gloriﬁed paste into a towering loaf. Bread is a tangled web of interactions and dependencies.

If the complexity intimidates more than excites you, bread baking doesn’t have to be that way. We were reminded of this by J. Kenji López-Alt’s recent New York Times article, in which he revisits the infamous Mark Bittman and Jim Lahey No-Knead Bread recipe. This 2006 recipe opened the ﬂood gates to home baking by re-introducing the almost alarming simplicity of no-knead bread. The genius of this recipe is in the higher water content and replacement of kneading with time — a technique that was utilized by professional bread bakers and female bread pioneers but had not become widely known to the home baker at the time.

The promise of simplicity is tantalizing. Could the whole grain enthusiast attempt to replicate the no-knead bread recipe, creating a low maintenance, whole grain loaf for those who don’t want to lose themselves in the web of bread creation? J. Kenji López-Alt adds instructions for 25% whole wheat loaf in his updated no-knead recipe, but what if that percentage was increased, to 50% or maybe beyond? What changes would have to be considered?

Bread’s structure is created by gluten bonds. These bonds are like scaﬀolding, making it possible for dough to maintain its shape as it stretches and rises. When ﬂour is mixed with water, glutenin and gliadin — two proteins found in found in barley, rye, wheat and triticale (a wheat-rye hybrid) — combine to form gluten. Although whole wheat has a high protein content indicating it has the potential to make strong gluten bonds, homemade whole wheat bread has a reputation for being dense and ﬂat. It is the bran and the germ present in whole wheat ﬂour that make it more diﬃcult to create the strong scaﬀolding necessary for a tall and airy loaf. 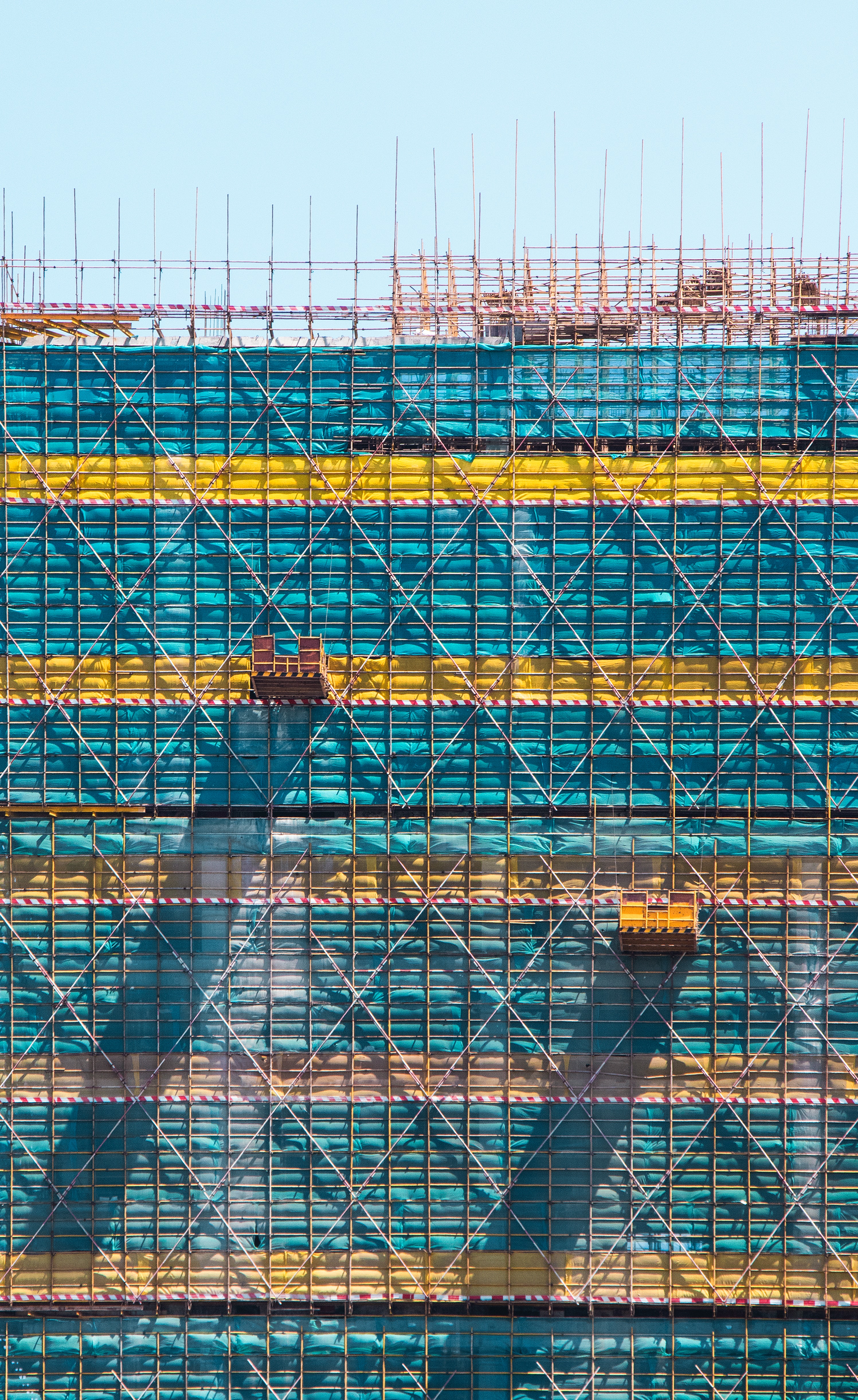 The hard bran present in whole wheat ﬂour acts as tiny blades, slashing the forming gluten bonds as the dough is manipulated. Fat, which is contained in the germ, coats ﬂour molecules making it more diﬃcult for long, strong gluten bonds to form. The no-knead concept of more water and less manipulation may help minimize these problems, but close attention to dough strength is necessary with the addition of more whole wheat.

The amount of water in a dough is called hydration and is measured as a percentage of water compared to ﬂour in a recipe. For example, a dough with 70g whole wheat ﬂour, 30g all-purpose ﬂour and 60g water has 60% hydration.  The bran and the germ in whole wheat ﬂour absorb much more water than endosperm on its own does in reﬁned ﬂour, so the hydration of the dough must be increased when baking with whole wheat ﬂour. Of course, it depends on how much whole wheat is added, but it is not uncommon for the hydration of a whole wheat dough to be 10-15% higher than its reﬁned grain counterpart.

One of the key mechanisms in getting bread to rise is fermentation. Fermentation is the breakdown of sugars and starches by microbes, like yeast or the organisms in your sourdough starter. A byproduct of fermentation is gas, which gets trapped in the gluten scaﬀolding discussed above and results in a loaf of bread’s rise. If not enough time is given for optimal fermentation to take place, a loaf will not expand to its potential and will be dense. Similarly, if too much time is given, a loaf will not expand to its potential and will be dense. Whole wheat ﬂour is full of good stuﬀ that reﬁned ﬂour lacks. It’s one of the reasons we like it so much! It just so happens microbes like it too, an aﬃnity that speeds up the fermentation process. There are a few general tricks to slow down fermentation. Decrease the time the dough is allowed to ferment, decrease the amount of microbes added to the dough, or decrease the temperature of the dough’s surrounding environment, usually by resting it in the fridge. 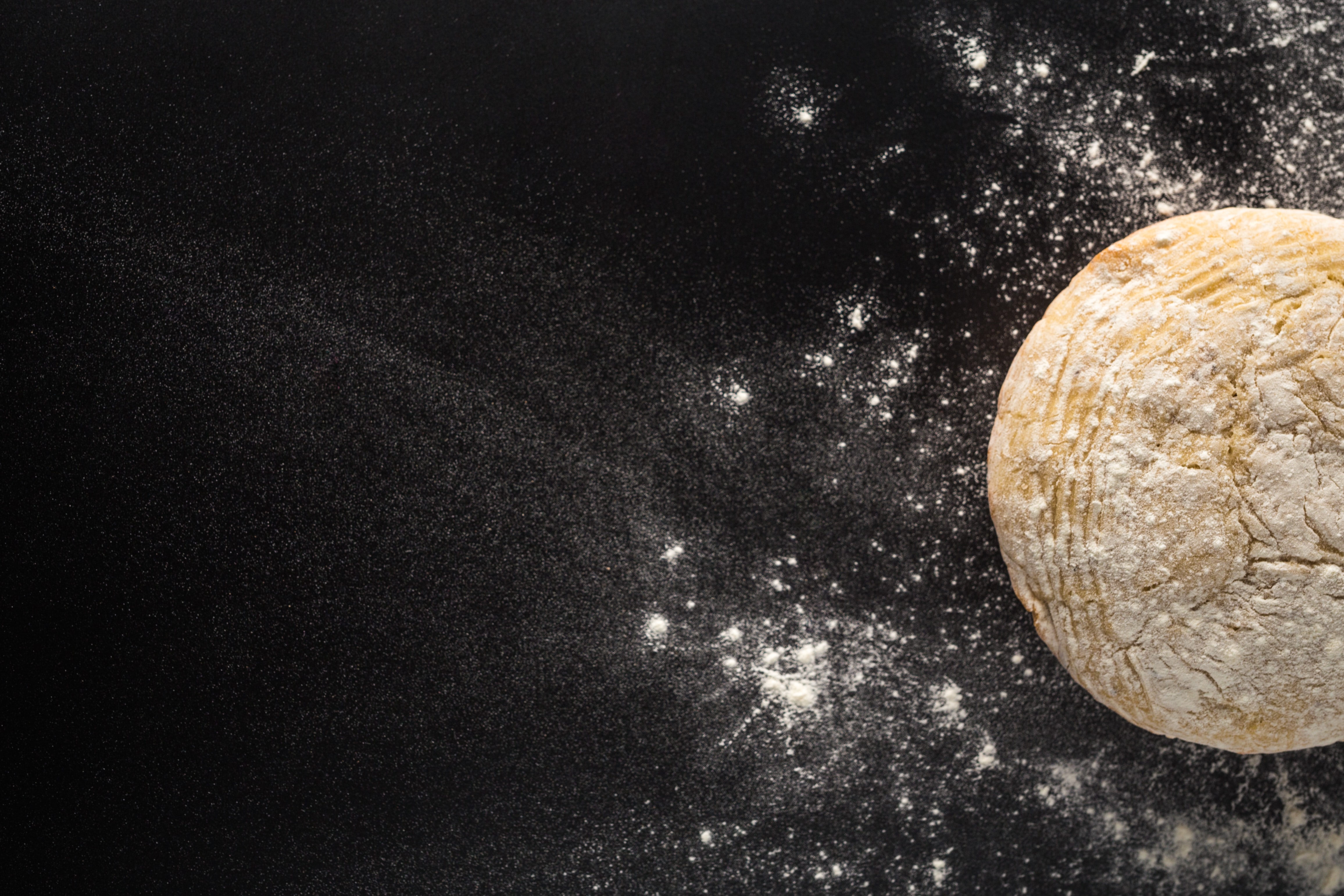 With these factors in mind, the Whole Grain Baking Team is oﬀ to the kitchen to create a go-to recipe for those who want to keep things simple. For those looking for a new bread project, we welcome you to experiment with us! As you add more whole grain to no-knead recipes, what did you have to modify? What worked? What didn’t? Let us know below! (Abby)

Cheryl
I've been using all white whole wheat and sometimes regular whole wheat in the recipe mentioned in this article. The loaf doesn't rise as high and it doesn't have those lovely holes, but the texture and flavor have always been very good. I'm anxious to read other responses. I'd really like to see some of those lovely holes.
Briar Lobo
Use my mother’s EASY bread recipe: 1/2 lb ww flour 1/2 lb all-purpose flour 1/2 quick yeast packet 1 teaspoon iodized salt 1 3/4 cups tepid filtered water Mix all together in Gramma’s big mixing bowl. A very soft dough ball. Cover with plastic wrap and leave on the counter top for 3 hours. Stir risen ball down, dump into large, greased Dutch oven, cover with lid. Allow to rise 3 hours, don't lift the lid. Pop into a hot, 425 f. oven on middle rack. Cook 30 minutes, remove the lid and cook 30 minutes more. Remove Dutch oven to trivet, cover and allow to cool slightly to ease removal of your gorgeous, golden round loaf of bread. Can be sliced with a sturdy knife, but loaf is better the next day after a night in a plastic bread bag. This bread is crunchy crusted, chewy, and delicious. So easy, just takes time.
Marty Glanville
Sunrise Flour Mill uses a Unifine mill to process Ultra-fine Heritage Whole Wheat, and Ultra-fine Heritage Whole Wheat Pastry flours. This single-pass, high-velocity impact mill shatters the grain so that the Whole Wheat flours are as fine as White. This makes it easier to use 100% whole grain flour in more recipes.