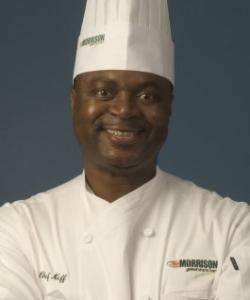 Chef Cary Neﬀ is recognized as a pioneer in putting whole grains in the center of the plate, in creative and delicious ways. Best known for inventing “Conscious Cuisine” (and for his book of the same name), he has long been instrumental in convincing diners that healthy food can be enticing.  As a teenager, Chef Cary trained in classical French cooking at a Chicago trade school, then, through hard work, earned prestigious positions at Chicago’s Ritz Carlton and Park Hyatt hotels.  As his career progressed, he became known for transforming the nature of spa food from “low fat” to “full ﬂavor,” in stints at Miraval Life in Balance  Resort and Spa in Arizona, and at La Costa Resort and Spa in California.

Since December 2008, Chef Cary has served as Vice President of Culinary for Morrison Management Specialists, the healthcare division of Compass North America, a position that allows him to reach an exponentially larger audience, while bringing a new dimension of health and healing to hospital patients and staﬀ.