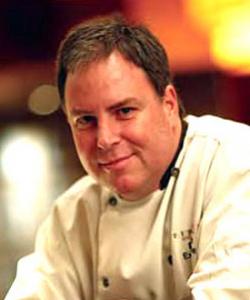 A native Texan, Chef Paul Lynch received his degree from New England Culinary Institute. Chef Paul has enjoyed an around-the-world career with Four Seasons Hotels, and then Westin Hotels, moving to a position as Executive Chef at the landmark Radisson Hotel in Minneapolis in 1999, and then Radisson Blu Mall of America in 2012. After that, he became Executive Chef at the Hyatt Regency Bloomington Central Station. Paul has received many awards and accolades including: Restaurateur of the Year, Taste of Elegance competition, and the Beefbacker Award, and is a founding member of the Heartland Food Network. He has been recognized in scores of publications including Bob Appétit, Minnesota Monthly, Midwestern Living and Minneapolis St Paul magazine.