Sound Bites and Sights from our Conference

Our latest WGC conference, Whole Grains: Breaking Barriers, concluded yesterday in Boston. We’ll be posting conference proceedings on our main conference page over the next 2 or 3 weeks, but in the meantime we wanted to give you a little ﬂavor of this wonderful event, by posting some of our favorite quotes from a few of our riveting conference speakers.

“The trend in foods is toward fresh, whole and real – and whole grain is right at the center of that… Hopefully we’ll return to a blend of the old ways and the new ways.”
• June Jo Lee, VP of Strategic Insights, The Hartman Group, on food trends (left photo, above)

“For me, whole grains are delicious above all – the health aspect is a bonus.”
• Ana Sortun, Chef, Oleana restaurant

“We go through 130 pounds of grains a week. I love opening up the bags and running my ﬁngers through it. Get it [whole grain] in their mouths and let ‘em taste it — that’s the best way to educate people.”
• Barry Maiden, Chef, Hungry Mother restaurant 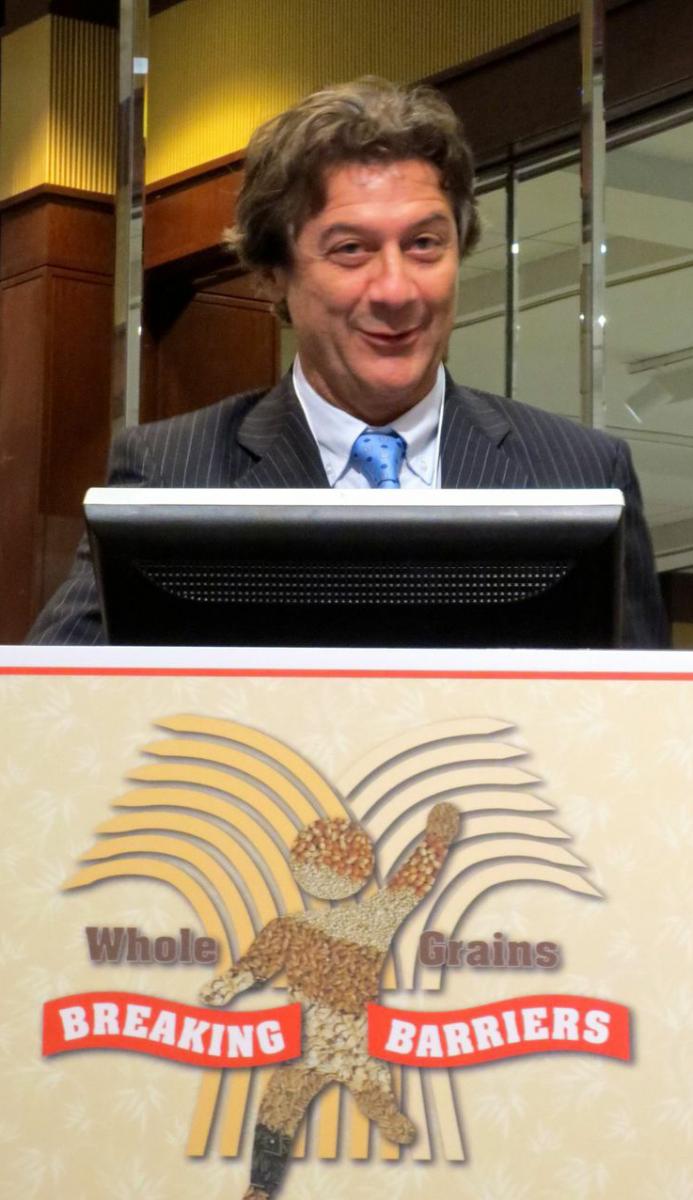 Why is celiac disease on the rise? Although it has a genetic component, the vast majority of people with those speciﬁc genes do not get celiac disease: “Very few of us will lose the battle. We are not born with the destiny to develop Celiac Disease…”

“No question there is a fad component [to gluten free diets]. People are running around thinking, ‘If we don’t go gluten free the dinosaurs will come back and take over the earth.’ “

“Nature has it pretty well ﬁgured out… We just need to get out of the way.”
• Bob Moore, Founder, Bob’s Red Mill (from video clip)

“We are trying to broaden the taste experience so these children can grow into healthy adults… If we roll back the new school food standards, we are doing a disservice to kids, not being responsible.”
• Mellissa Honeywood, RD, Director of Food & Nutrition Services, Cambridge (MA) Public Schools. 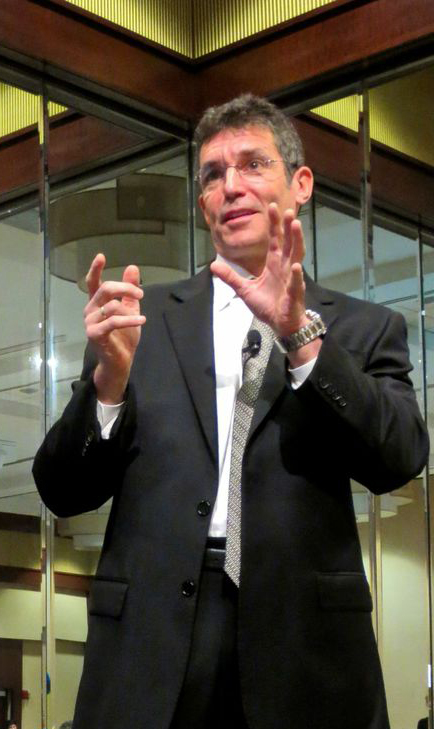 A real Paleo diet, since it’s based on whole foods, could be healthy (“I didn’t come here this morning to throw Paleo under the bus”) but what most people call the Paleo Diet doesn’t bear any resemblance to what Paleo man really ate. “They just wanna eat what they wanna eat, ‘I’m saying it’s Paleo but I’m doing whatever the hell I want.’ Folks, there was no Paleolithic pastrami… If you want to eat Paleo, you need to eat animals that eat Paleo.” In short, meat from a feedlot cow is very diﬀerent from meat from a wild antelope – and in any case, many paleoanthropologists believe that the Paleo diet was largely plant-based, providing as much as 100g of ﬁber a day.

“Get the foods right and the nutrients take care of themselves –and getting it right includes whole grains. Whole Grains are a centerpiece of Blue Zone diets.”

“There’s no GMO wheat” in the U.S. food supply. Wheat breeders don’t splice in genes from other plants and animals; they simply comb ancients strains of wheat for desirable traits that got left on the evolutionary wayside and cross-breed to bring them back in. “We just go back to that old scrapyard and pick up some of those pieces that got left behind.” Also good to know: the gluten content of wheat has not increased over time and that breeders are widening their focus to seek out traits with nutritional beneﬁts. “Hey, we’re guilty: we focus too much on the functional side and now we’re paying more attention to nutrition in wheat breeding programs across the country.”
• Brett Carver, PhD, Regents Professor, Oklahoma State University (left, above)

“The goal of the baker is to evoke the full measure of potential ﬂavor trapped in the grains. That’s ‘the Flavor Rule’ – ﬂavor rules!”
• Peter Reinhart, Chef, Author and Master Baker (center, above)

What’s the ‘recipe’ for best-selling pseudoscience diet books like Wheat Belly and Grain Brain? “You set up a good and an evil, and add a myth (‘you’ve been lied to; there’s this conspiracy you should know about’). Explain that it’s not your fault, then present one simple solution (‘avoid this one thing’)…It’s a lot sexier if you only explain one side.”
• James Hamblin, MD, Senior Editor, The Atlantic (right, above)

We’ll let these quotes serve as a teaser for our upcoming conference proceedings. We’ll be posting PowerPoints and videos of our speakers by the end of November – so those of you who couldn’t be there can beneﬁt from all the wonderful information that was shared at this landmark event. (Cynthia)