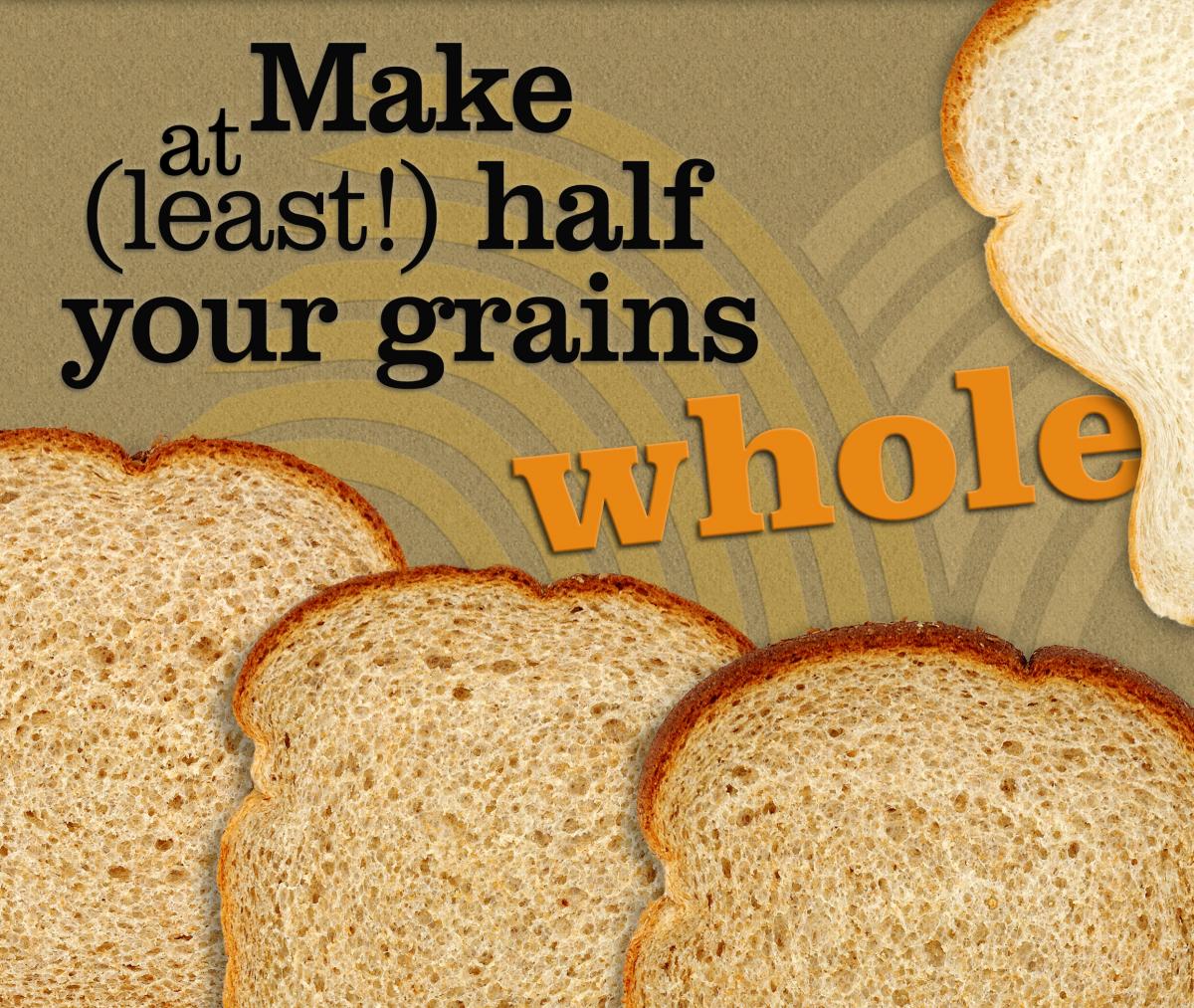 Last Thursday the Dietary Guidelines Advisory Committee — a group of 14 nationally-recognized nutrition experts tasked by the US government with spending two years reviewing the latest nutrition science — made public the summary scientiﬁc report of its ﬁndings.

We’re pleased to say that the report strongly endorses the role of whole grains in a healthy diet, with statements like these:

The overall body of evidence examined by the 2015 DGAC identiﬁes that a healthy dietary pattern is higher in vegetables, fruits, whole grains, low- or non-fat dairy, seafood, legumes, and nuts; moderate in alcohol (among adults); lower in red and processed meat; and low in sugar-sweetened foods and drinks and reﬁned grains.

or how about this:

On average, current dietary patterns are too low in vegetables, fruit, whole grains, and low-fat dairy, and too high in reﬁned grains, saturated fat, added sugars, and sodium.

As a result of the strong evidence for the beneﬁts of whole grains — and the strong evidence that “nearly 100 percent of the population consumes amounts that are below the recommended intake levels” (as shown in the graph below) — the Committee recommended that the advice from the 2010 Dietary Guidelines, to “make at least half your grains whole” be brought forward into the 2015 Dietary Guidelines. (USDA and HHS (Health & Human Services), the two agencies that collaborate to write the actual guidelines expected later this year, are not required to follow the recommendations of the Committee, but historically they have largely done so.) 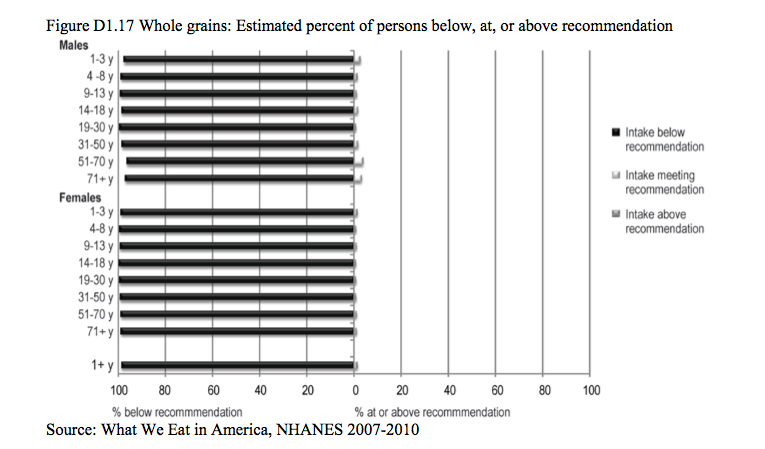 To back up its support of whole grains, the Committee mentioned that…

That’s impressive. And imagine — we’d get all these key nutrients just by making half our grains whole. Double those numbers, and think what would happen if we made all of our grains whole!

We’ll admit that Oldways and the Whole Grains Council would have been pretty happy if the DGAC had recommended upping the ante to “make all your grains whole” or some other level above half. But we’re realists. Since Americans overall don’t even come close to making half their grains whole (according to Sept 2013 USDA numbers, actual consumption achieves the catchy slogan of “make 12% of your grains whole), it makes sense to simply keep pushing toward that halfway point for the time being.

Let’s all work hard during the next ﬁve years to increase whole grain consumption so that when the 2020 Dietary Guidelines roll around, it makes sense to reach for the stars! (Cynthia)