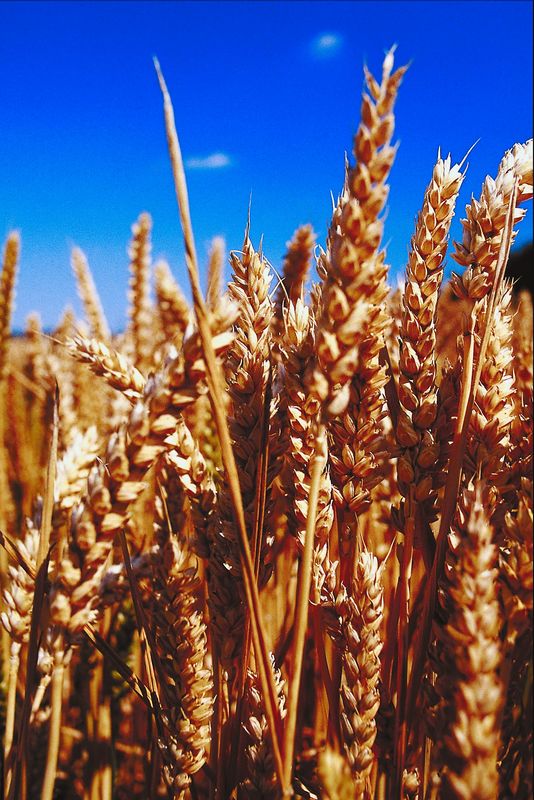 In the world of wheat, it seems that what’s old is again new. From a robust and creamy “farrotto” (farro risotto) to smoky, nutty freekeh, few people stop to appreciate that this diverse array of trendy dishes all comes from the same humble grain that makes our sandwich bread.

As heirloom varieties of fruits and vegetables gain popularity, so too, have heirloom and ancient grains. However, rather than being ground into ﬂour, an increasing percentage of wheat is being sold in its whole, intact form (called a wheat berry), or cracked into smaller, quicker cooking pieces (as with bulgur or freekeh).

Farro (or emmer), was one of the ﬁrst cereals ever domesticated in the Fertile Crescent, and is a popular substitute for brown rice due to its chewy texture and nutty ﬂavor. Similarly, spelt, einkorn, and Kamut® Khorasan grain are other heirloom varieties of wheat that are jazzing up the grain aisle.  In fact, einkorn is generally thought to be the most ancient of wheat varieties available today.

Freekeh, on the other hand, is not a unique variety of wheat, but rather, the product of a unique process. Made from a type of hard wheat (like durum wheat, also known as pasta wheat), freekeh is harvested when the plant is still young and green, then roasted and rubbed. This unique process gives freekeh its signature smoky ﬂavor. (If you’re new to freekeh, try it in this herby lemon mint salad, which was a hit at our recent Whole Grains Conference.)

Despite vast diﬀerences in ﬂavor, many of these ancient and heirloom wheat varieties are actually more related to modern bread wheat than you might think! In this video from our 2014 Whole Grains Conference, Dr. Brett Carver explains that while there is a small (2%) diﬀerence in the DNA sequence identity of modern wheat and ancient wheat, the big changes to wheat’s DNA happened over 8000 years of evolution and domestication, not in the last 40 years. In fact, much of current wheat breeding is an attempt to recapture some of the genes that have been lost over the years.

Modern bread wheat is a natural cultivar, and was developed using the “old school” method of selecting desirable characteristics from the parent plants (the same breeding method that is used to grow the majority of foods available today). This natural method of selective breeding means that all genes in wheat are native, and that modern wheat and ancient wheat share the same genome. In fact, many folks are surprised to learn that there is no GMO wheat commercially available – in large part because U.S. farmers have fought hard against GMO wheat, out of concern that it would put a damper on the export market for U.S.-grown wheat.

Have you tried any of the “new” ancient wheat varieties available? Share your favorites in the comments! (Kelly)