Who makes the best porridge in the world? Bob Moore, according to Scottish judges. 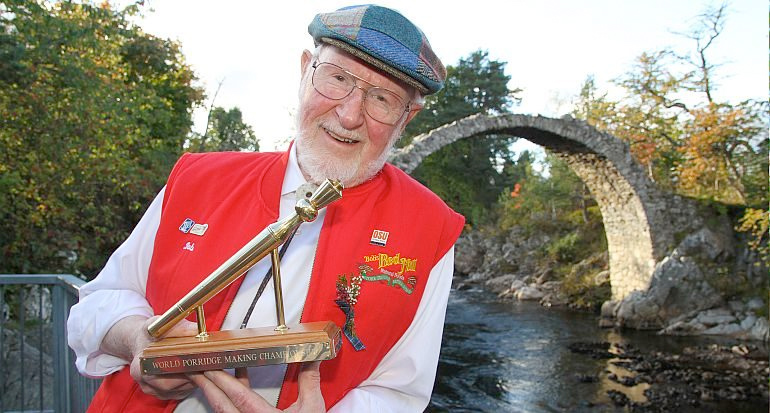 And the winner of the Golden Spurtle is… Bob Moore. (Photo Fergus Thom, from GoldenSpurtle.com))

With the US presidential election looming, we’ve all had enough talk about votes. So today let’s focus on oats, by sharing heartwarming news from two companies that support the work of the Whole Grains Council.

Have you ever wondered if that bearded guy in the blue hat on the Bob’s Red Mill package is real? Or is he just a made-up marketing icon, like Betty Crocker, Aunt Jemima or Uncle Ben? Wonder no more. Bob Moore, founder of Bob’s Red Mill, is delightfully real and thriving at age 87.

In fact, Bob just won the annual World Porridge Making Championship, held every year in Carrbridge, a village in the Scottish Highlands. He beat out 17 other contestants, including a Scottish chef who serves up 150 bowls of porridge a day, a baker of handmade oatcakes from Perthshire, and last year’s champion – an astrophysicist from Lancashire. 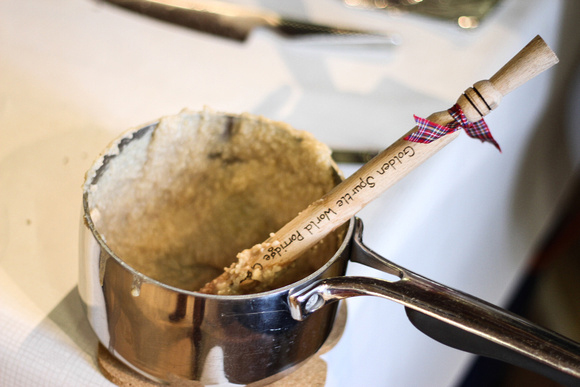 For making the best traditional porridge using just untreated oatmeal (no ﬂakes, no rolled oats), salt and water, Bob took home The Golden Spurtle award. (Something Matt Cox, from Bob’s Red Mill, also accomplished in 2009. But this is the ﬁrst competition for Founder Bob himself.) A spurtle, in fact, turns out to be the secret to making creamy porridge from untreated oats. Traditionally, cooks used these dowel-shaped wooden tools (like the one shown at right) to stir their porridge as it cooked.

Contestants can also compete for the specialty award, by making a dish with oatmeal as its prime ingredient. If you thought oatmeal was just for breakfast, take a look at some of the recipes on the GoldenSpurtle.com website. Or check out Bob’s winning recipe for good ol’ plain porridge. 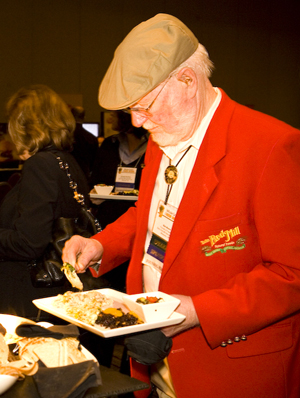 We had the pleasure of meeting Bob Moore and his wife Charlee in January 2011, when we held our “Whole Grains the New Norm” conference in Portland OR. (There’s Bob in line at our conference, in his signature hat, enjoying whole grain delicacies.) Bob and Charlee used that occasion to announce their contribution of $5 million to the Moore Family Center for Whole Grain Foods, Nutrition & Preventive Health at Oregon State University.  This generous donation came just a year after Bob and Charlee handed ownership of Bob’s Red Mill over to their employees. You can’t get much more real than that!

Also making news with oats this month is Quaker, who recently announced a partnership with Common Threads to support new “Breakfast Made Easy” cooking lessons for kids and families.

Common Threads is a wonderful nonproﬁt providing cooking and nutrition programs to kids and schools in underserved communities in nine major cities. Their philosophy echoes ours here at Oldways: that we all beneﬁt when people connect with food through learning to cook.

Are you looking for tools to help you get your kids excited about eating well? Visit Common Threads’ kids site (Common Bytes) for recipes and videos or to download their Common Threads Cooking for Life 8 week meal plan. The meal plan is not only delicious, but it features WIC eligible foods aﬀordable on a SNAP (food stamps) budget.

Good, healthy, aﬀordable food. Now that’s something we can all vote for. (Cynthia)