Two decades ago, almost no one in the world had heard of celiac disease or gluten, while today both these terms are mainstream, in large part thanks to one man: Dr. Alessio Fasano.

Two decades ago, almost no one in the world had heard of celiac disease or gluten, while today both these terms are mainstream, in large part thanks to one man: Dr. Alessio Fasano. 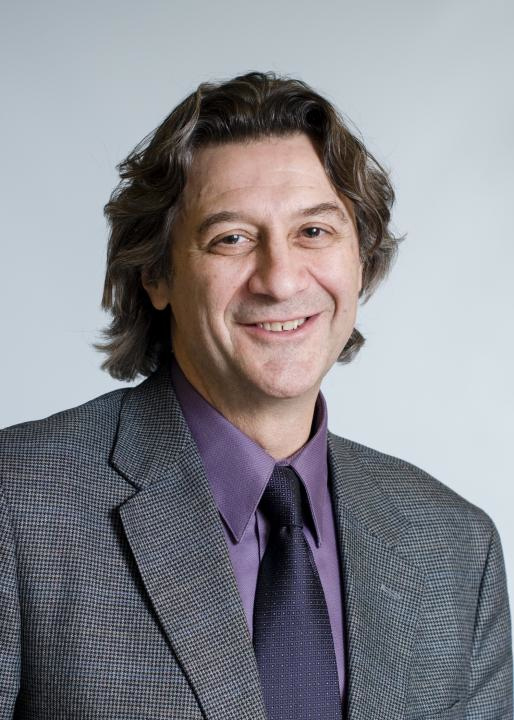 His outsize role in fostering understanding of celiac disease, which aﬀects about 1% of the world’s population, was highlighted recently at a celebration of the 20th anniversary of the Center for Celiac Research and Treatment run by Dr. Fasano. Key Fasano milestones include:

Though he played a central role in such key discoveries, Alessio Fasano, in his signature unassuming, wise-cracking way, constantly deﬂects credit to others. At the event’s symposium in the historic Ether Dome, he credited others in the celiac research community (including Ciarán Kelly, Carlo Catassi, and Detlef Schuppan); at dinner he thanked his 50-person laboratory, his colleagues, his patients, and others in the celiac support community; and at the reception, he even dragged the musicians back as they attempted to slip quietly through the door, and made sure they got recognized. Maybe the fact that he works primarily with kids keeps him grounded and fosters that playful side of his personality.

Dr. Fasano is aware that his work rests on the shoulders of many. He and others at the anniversary event reminded us of the checkered history of our understanding of celiac disease, starting two thousand years ago when Aretaeus of Cappadocia ﬁrst recounted the symptoms. The name celiac (or coeliac) disease was coined in 1888, by a London doctor who prescribed a diet of “ass’s milk, rusks, and thin bread toasted on both sides” – clearly not a recipe for a gluten-free diet. It wasn’t until the 1940s that Dr. Willem-Karel Dicke discovered the role of gluten found in wheat, rye and barley, in celiac disease. He noted that children known to have the disease suddenly began to thrive during World War II, when bread was unavailable in the Netherlands, and made the crucial connection.

Things sped up quickly about the time Dr. Fasano started his Center for Celiac Research in Maryland in 1996. Back then, he reminisced, “doctors couldn’t spell celiac, there were only two labs in the whole country testing for celiac, and we thought genes were destiny. Twenty years later, everybody knows celiac disease, there are more than a hundred testing labs, and we’ve proven that gene expression can make your genes go either way.” Along the way, in 1997, another foundational discovery established a simple blood test (for a factor called Tissue Transglutaminase, or tTG) to screen for celiac disease. It was this blood test that made Fasano’s 2003 screening of 13,145 people possible.

While giving nod to the past, the Center for Celiac Research anniversary event set its sights ﬁrmly on the future. Alessio Fasano and the Boston research consortium he’s been part of since moving the Center to Massachusetts in 2013 have lofty goals for what’s next. Speciﬁcally, they aim to:

Does Alessio Fasano even begin to think that he alone will achieve these goals? He smile lights the room, even as he admits these goals might not happen soon, saying, “By that time, Ciarán, Carlos and I will be playing bocce in Salerno.”

If you’d like to appreciate Dr. Fasano’s gift for explaining celiac disease with wit and clarity, we urge you to take the time to watch the video of his keynote presentation Why is Celiac Disease on the Rise? at our 2014 Whole Grains: Breaking Barriers conference. It’s an hour — but worth it!