Four in ten people say cost is a barrier to eating more whole grains. But is that true? The evidence we uncovered in a typical grocery store aisle may surprise you.

What, if anything, keeps you from eating more whole grains?

When we asked 1,500 consumers that question in mid-2015, thirty-nine percent said cost was a barrier, since whole grains sometimes sell at a premium. We headed to the grocery store this week to see if this barrier holds true – or whether it’s yesterday’s news. Since this was an unscientiﬁc survey of just one store in the Boston area, we compared whole- and reﬁned-grain versions of the same brand, to keep the comparison as nationally-applicable as possible. Here’s a graphic tour of our ﬁndings, which showed fairly widespread price equality across several product categories.

First stop, the grains aisle. The only thing we could compare here was rice, since most intact whole grains like quinoa, oats, millet, sorghum and wheatberries only come in whole grain form. The good news: We found a range of brands that gave their brown and white rice the same price point, like those shown here. However, store/generic brands tended to have unit prices that were higher for brown rice. 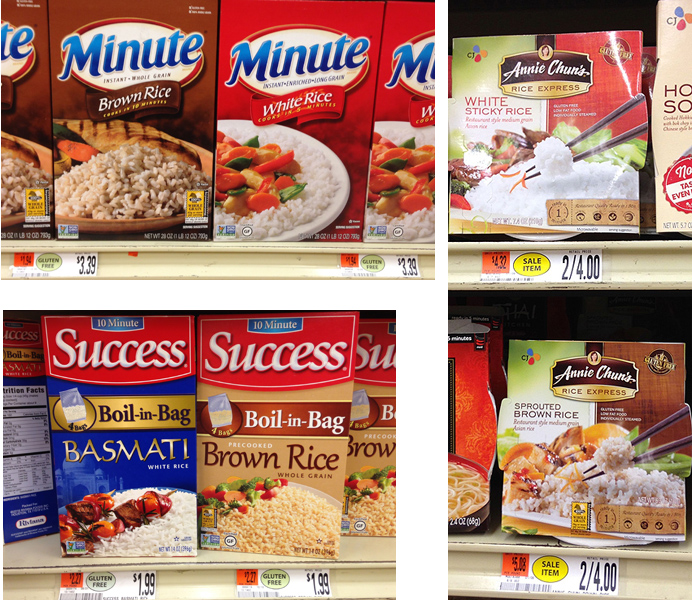 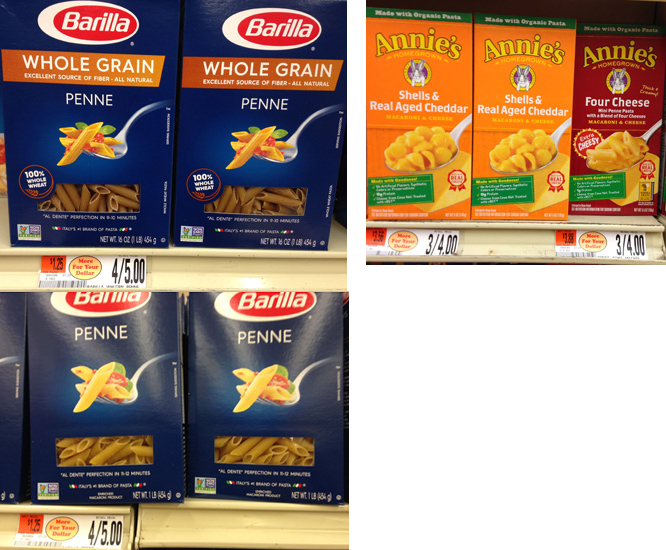 So onward to the bread aisle. Specialty breads tend to have great price equality: we found English muﬃns and bagels with the same price featured for reﬁned and whole grains. Flatbreads like tortillas and pita breads matched up one-for-one on price fairly well too, like those shown below. 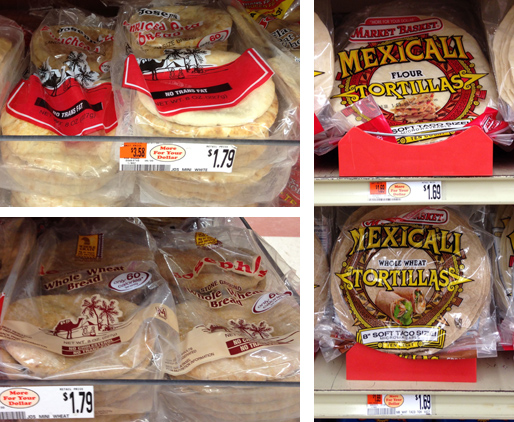 Sliced sandwich bread, however, is an area where manufacturers need to work harder to reach price equality. While some premium brands had level pricing, low-end and store brands – where price matters most – still showed a gap in pricing. For example, a 14 oz loaf of store brand Enriched White Bread sold for 99¢, while a 16 oz loaf of store brand 100% Whole Wheat Bread sold for $1.49, a 32% increase, per pound, for the whole grain bread.

We ended our tour in the cracker aisle, where direct comparisons can be hard to ﬁnd. There’s no reﬁned grain counterpart to a whole grain classic like Triscuits, for instance, and no whole grain Saltines. The few “paired” examples we were able to ﬁnd, though, showed price equality. Even though both the water crackers were 7 oz for $2.50, however, the whole grain one held only 24 crackers (12 servings of 2 crackers each) while the “original” held 36 crackers (9 servings of 4 crackers each). How do you measure “price equality?” By the box? By the serving? By the cracker? I’ll leave that one up to you. 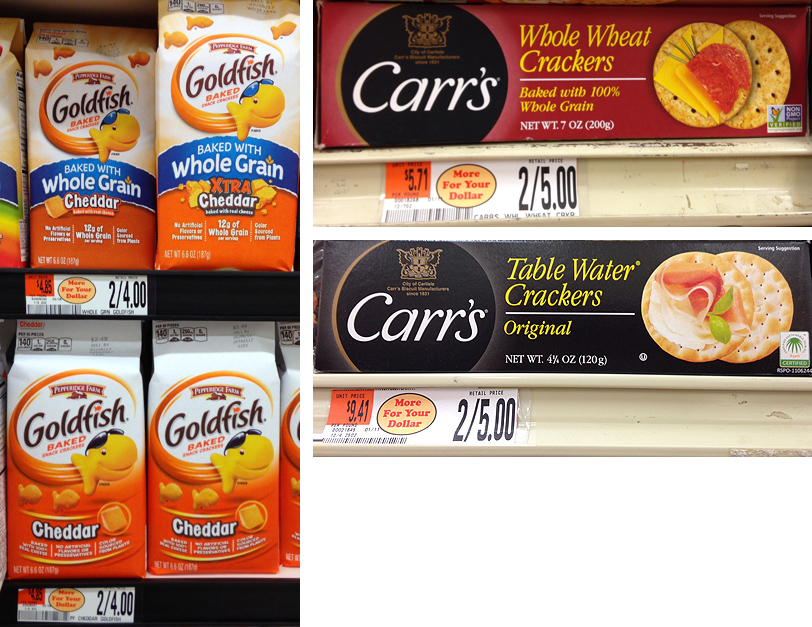 There’s an argument to be made that whole grains should cost more, because they’re worth more. If you get real leather shoes instead of plastic ones, you expect to pay more. If you buy a mountain bike instead of a tricycle, you expect to pay more. Whole grains oﬀer more ﬂavor and vastly more nutrients than reﬁned grains, so even when they cost a bit more, you’re still getting a better value.

No matter. We’re still on a crusade to erase the cost factor as a consideration in shoppers’ grain choices. Tell us what you ﬁnd in stores near you, in the comments below. We’ll use your observations to continue to urge manufacturers to shrink any remaining price gaps between whole grains and their reﬁned counterparts. (Cynthia)

Source: All prices from a Market Basket store in February 2017, with the exception of sandwich bread from Hannaford on the same date.

Florey
We need a tax on junk foods, so healthy foods will cost less in comparison. This is what they have done in Australia.
Gina
Whole wheat saltines cost the same as the plain ones, and they taste much better, plus they are often on sale.
Caroline-WGC
Great to learn there are whole wheat saltine options at your grocery store -- and that they cost the same (or less!) than their refined counterpart. Thanks for letting us know!
funbehn
not in California just hate going to the store all whole grain need t are expensive in poor neighborhoods. need to protest stater bros