On a frigid, blustery Saturday in March, farmers, millers, bakers, maltsters, brewers, distillers, and chefs from around the region gathered at Plimoth Plantation’s recently renovated Grist Mill to make new connections and strategize ways of growing the local grain economy. 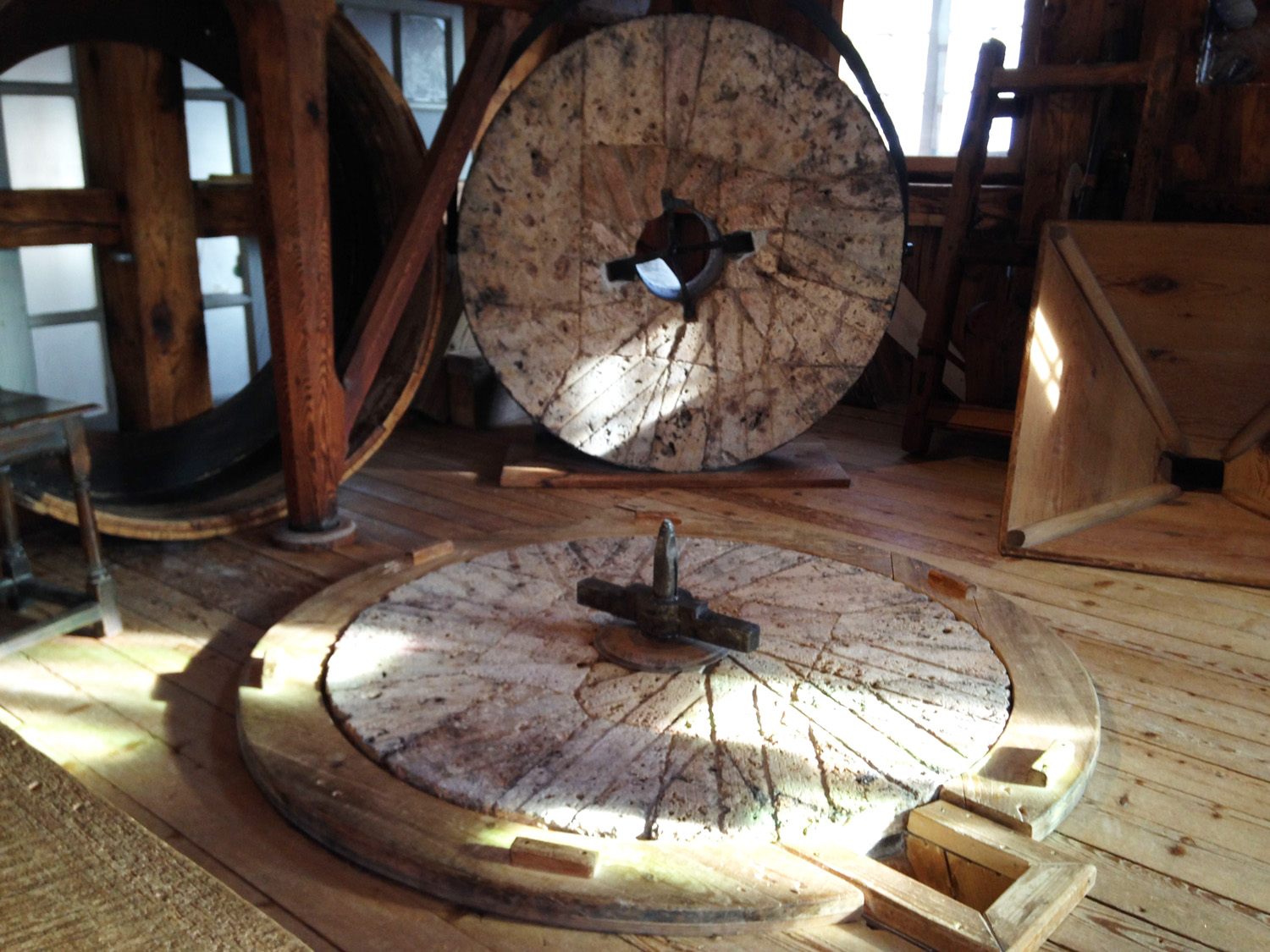 There’s a grain renaissance brewing in Massachusetts and the Whole Grains Council was lucky enough to share an afternoon with many of the movers and shakers making it happen. On a frigid, blustery Saturday in March, farmers, millers, bakers, maltsters, brewers, distillers, and chefs from around the region gathered at Plimoth Plantation’s recently renovated Grist Mill to make new connections and strategize ways of growing the local grain economy.

“Although grain is one of the last foods to enter the local-food movement, we are on the precipice of a grain explosion.” Tristan Noyes, the Executive Director of the Maine Grain Alliance, kicked oﬀ the gathering with ideas and examples from the Maine-based non-proﬁt that supports the local grain economy there. The Maine Grain Alliance was created in 2010 as a way for farmers and grain-based-business owners in Maine to build connections, exchange knowledge, and share resources. It strives to, “establish food independence, good health, and purposeful jobs,” and provide opportunities for collaboration and connection between diﬀerent parts of the food system. 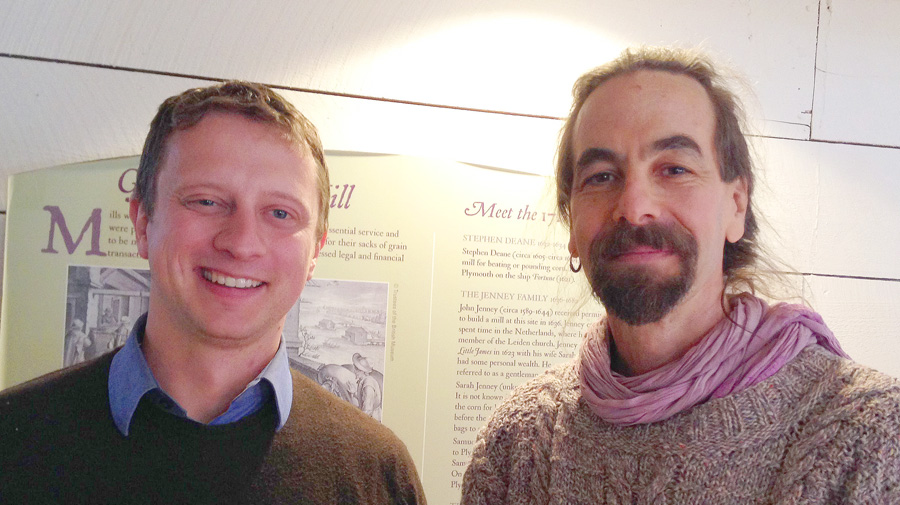 Selling locally grown grains in New England is not the same business as selling grain on the commodity market – nor should it be. Growing and selling in a local grain economy allows farmers to cultivate and preserve heritage grains grown for ﬂavor and superior performance in baking or malting, rather than growing for yield. “You can taste the quality. It’s a bit more expensive but it’s worth it,” argues Brenton MacKechnie, a distiller at Dirty Water Distillery. 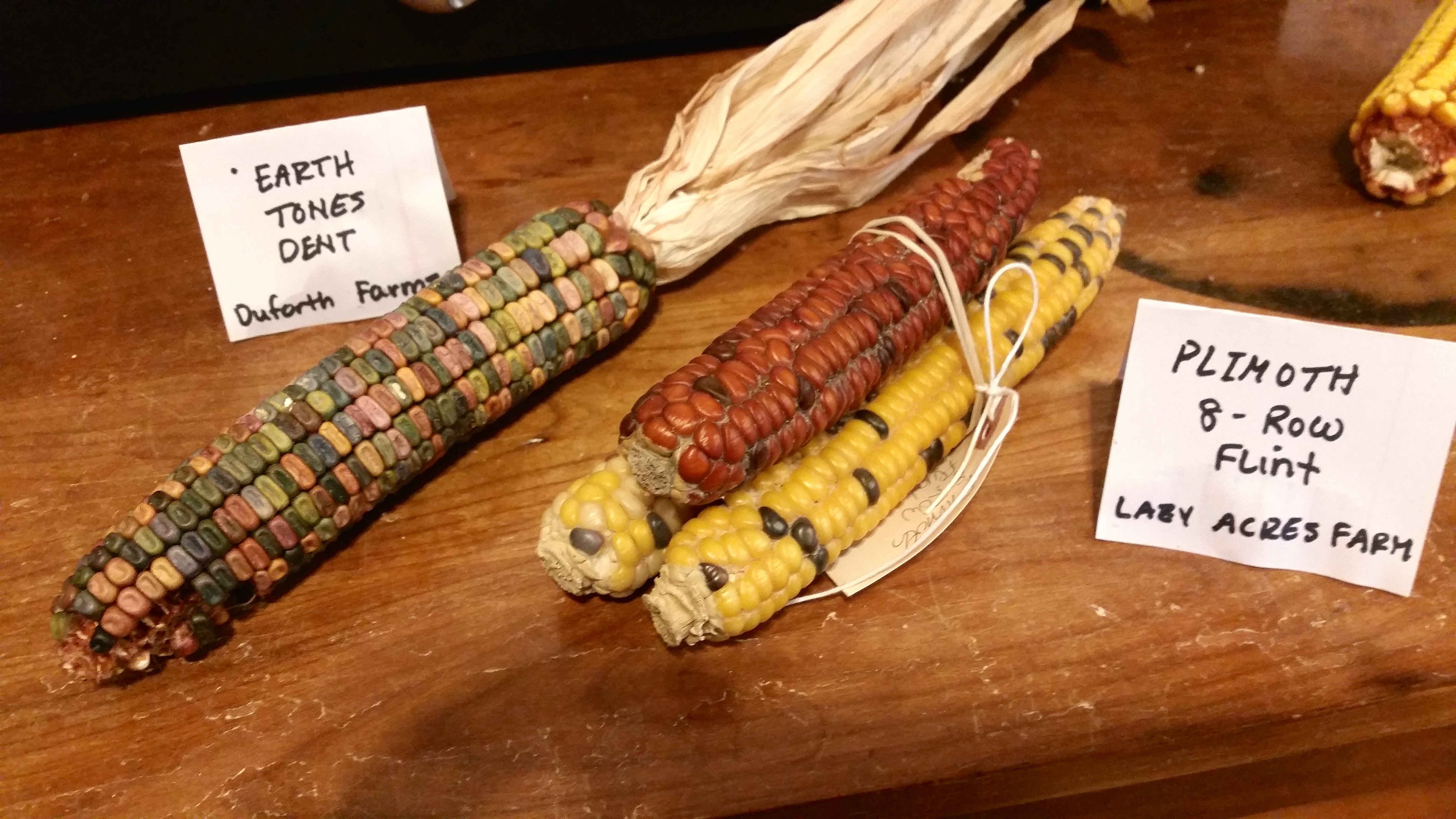 Getting local grain into restaurants and bakeries doesn’t always happen quickly or easily – chefs and bakers have to know it’s available and understand its value and ﬂavor proﬁle. Michael Morway, Executive Chef at Granite Links Golf Club in Quincy, MA, was already buying organic cornmeal from his corporate supplier and ﬁgured it couldn’t get any better. But his ﬁrst taste of the 8-row multicolor ﬂint corn being milled at the Plimoth Grist Mill, “blew my mind and changed my whole perspective on food,” he said. “I actually tried to keep the cornmeal a secret.”

While New England is no longer known for its grain production, grain grown in this region sustained generations of people. Just 150 years ago, there were 15,000 grain mills dotting the Northeast countryside. The Plimoth Plantation Grist Mill itself stands as a monument to the important role that grain (particularly corn) played in this region.

For many famers today, adding grain into their crop rotation can have signiﬁcant economic and environmental beneﬁts. The vegetable growing season is short in New England and growing grain allows the proﬁts of this season to be extended. Stored grain can be milled all winter long, bringing in a reliable paycheck during oﬀ-season months. Using grain crops as cover crops oﬀers the added beneﬁt of restoring nutrients to the soil and reducing the eﬀects of soil erosion and compaction, increasing the overall health and fertility of a farmer’s ﬁelds.

Local, heritage grains oﬀer bakers and brewers ﬂavor proﬁles they cannot ﬁnd in the commodity market. Choosing to use heritage grains can pose a challenge in the beginning because there is more variation in protein levels and moisture content from one crop to the next. This inconsistency introduces diﬃculty, but also opportunity. Freshly milled ﬂour is very active and performs diﬀerently than conventional ﬂour. “You can’t just mash it up in a mixer – you have to watch and adjust and be ready to work with what you have,” explained Jonathan Stevens, baker at Hungry Ghost Bread. “Sometimes it’s limitations like these that bring out creative thinking. You have to be a craftsperson and pay attention to what’s going on.”

Flavors Worth Every Penny; Relationships that are Priceless 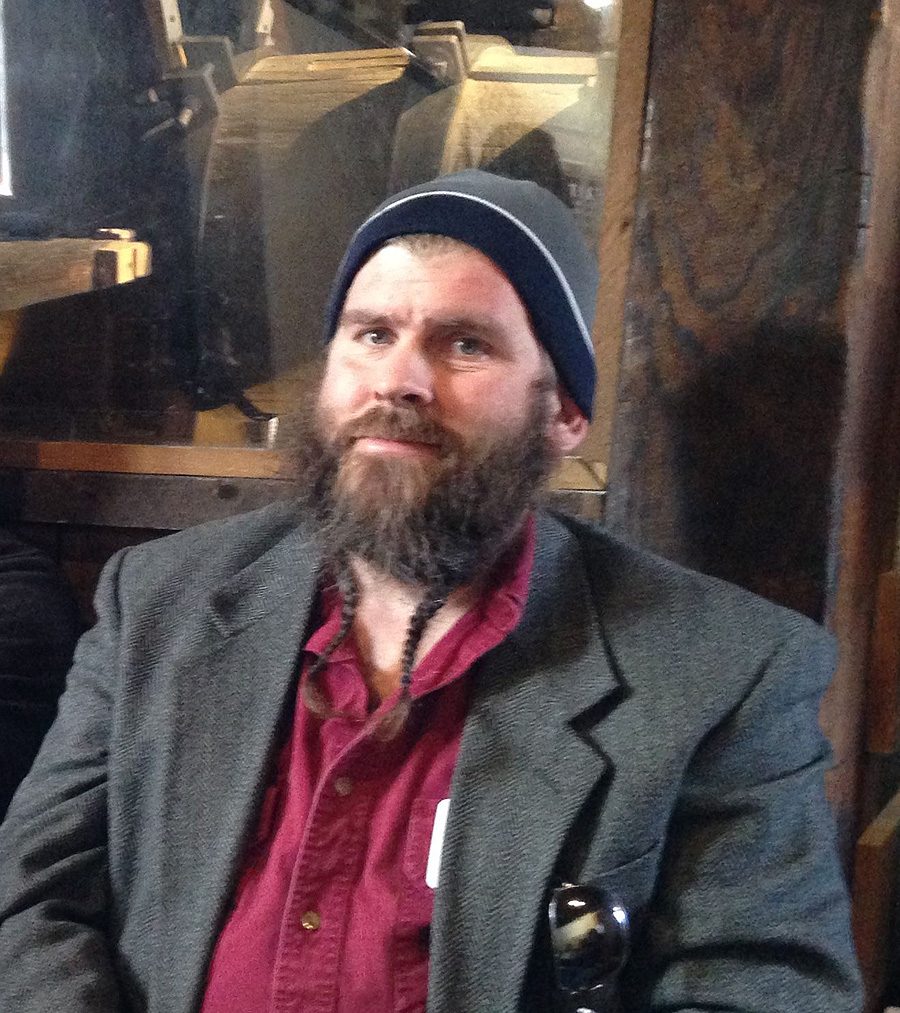 The cost of growing and buying local grains is a concern shared by farmers and business-owners alike. It costs more to source locally, but consumers are often willing to pay a premium for the superior taste of products made with higher-quality ingredients. Stevens admitted he has, “an expensive relationship” with Jacob L’Etoile at Four Star Farms, from whom he receives a third of his ﬂour every week. But he has found that his customers value the ﬂavors these grains produce and they appreciate the stories behind his creations.

Paul Nixon, a brewer at Independent Fermentations Brewing, explained that for him, the decision to source locally is about personal values. “We choose to work with people we know, people we like, people we can visit. And often, those people are able to oﬀer me advice that makes my business better.”

Stevens reminded the group that an economy, in its most basic form, is supposed to be a collection of relationships between people. Enabling these relationships to form and develop more often and more easily beneﬁts everyone. Strengthening and supporting our grain economies and local food systems by sharing knowledge and resources allows us to, “draw the thread through everything,” says Noyes. “And the result is almost certainly a more bountiful harvest for everyone.” (Caroline)

Paul Drumm
Kenyon's Grist Mill I so want to be involved with your group. I've been milling in my traditional Grist Mill for almost 40 years. Keep me in the loop. Really nice to find kindred spirits!
Cynthia
Hi Paul. It's so good to hear from you. I checked out your website (http://www.kenyonsgristmill.com) and it looks like you're doing great stuff in Usquepaugh, RI. We're hoping in the near future to start a list of mills that will grind grain for nearby farmers growing local grains. If you provide that service, we'll make sure to include you. Stay tuned.
monika burczyk
Richard Bourdon and the team at the Berkshire Mountain Bakery want to add their congratulations to this wonderful effort. Looking forward to getting involved in future events!
Caroline-WGC
Thanks Monika and Richard -- we'll be sure to loop you in when we hear anything about upcoming gatherings! So happy to be making new grainy connections in our own backyard.