A New Dawn for Whole Grains in China

When you think of grain foods in China, you’d be forgiven if white rice is the first thing that comes to mind. But as China gears up to feed a growing population, and ward off the diet-related chronic diseases that Americans are all too familiar with, the tradition of whole grains in China is being...

When you think of grain foods in China, you’d be forgiven if white rice is the ﬁrst thing that comes to mind. But as China gears up to feed a growing population, and ward oﬀ the diet-related chronic diseases that Americans are all too familiar with, the tradition of whole grains in China is being revisited with renewed vigor. 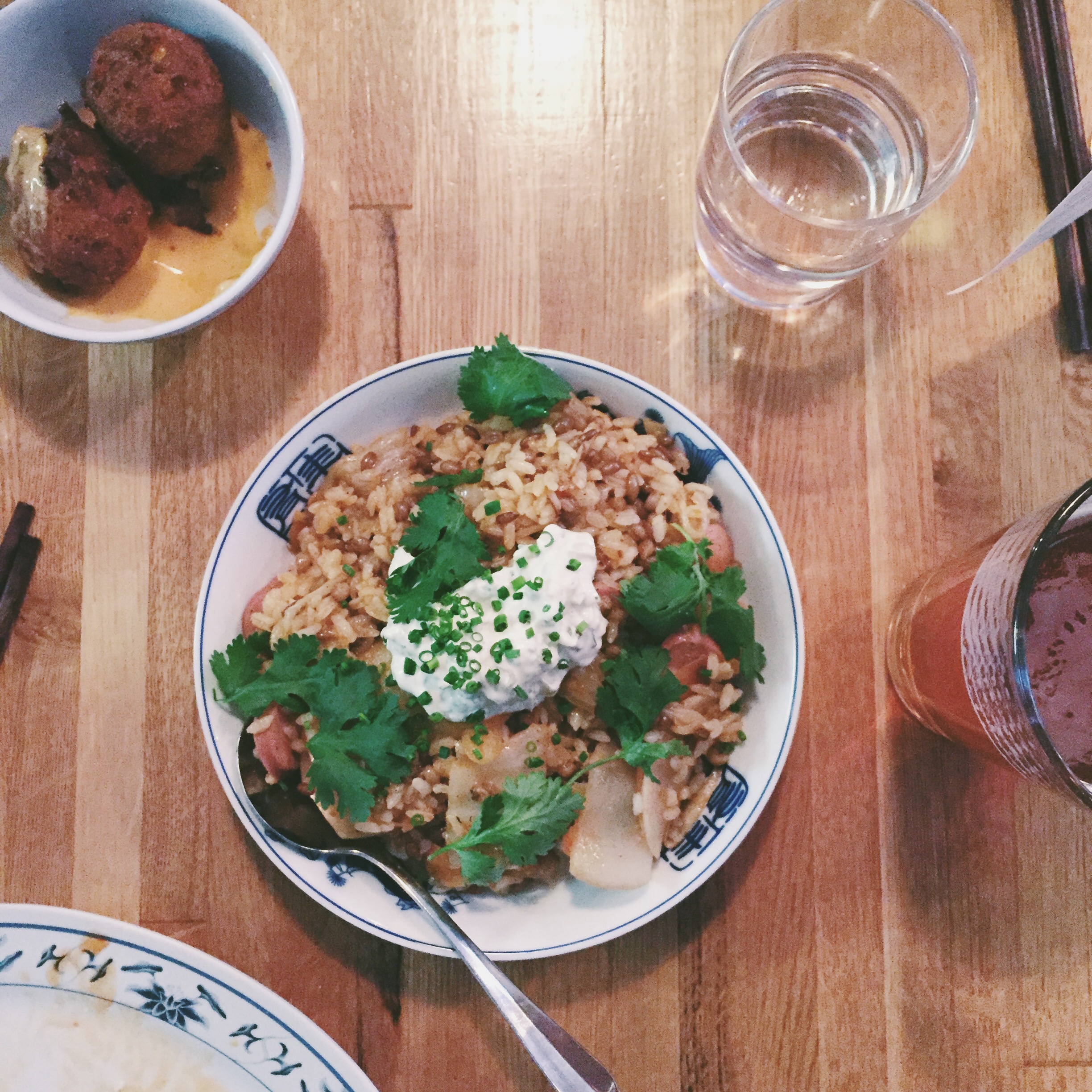 This May we were invited to Shanghai, China to participate in the Sino-Foreign Whole Grains Industry Development Experts Forum, a conference about the opportunities and challenges of increasing whole grain consumption in China (see photos above). We shared research on the well-established health beneﬁts of whole grains (like healthier gut microbes, better weight management, and reduced risk of heart disease and type 2 diabetes), and how the United States has successfully worked to increase whole grain consumption over the past several years.

The Dietary Guidelines for China, which were updated in 2016, recommend 50-150 grams of whole grains and mixed beans, out of 250-400 grams in the “cereals and potatoes” food group.  While health is strong motivator for the Chinese to switch to whole grains, whole grains’ role in addressing food security (having reliable access to enough food for people) is perhaps a more motivating concern. According to Yao Huiyan, a committee member of the National Food Security Policy, food security is a top concern for Chinese President Xi Jinping. Yao stressed the need to switch to whole grains to reduce food waste, and therefore feed more people with less food.

One kilogram of paddy rice yields about 750 grams of brown rice, but only 650 grams of white rice. For this reason, the Health Promotion Board in the Philippines encourages people to “be RICEsponsible” and choose brown rice instead.  It would not be surprising to see similar campaigns make their way to China in the coming years. Apparently some reports warn that in 40 years there will only be enough food in China for people to eat 2 meals per day, so strategies to reduce food waste are of utmost importance.

While some assume that the white rice cuisines of Asia pose a challenge for whole grain consumption, a deeper dive into the foodscape paints a more promising picture. Historically, white rice was considered more of a luxury product (since polishing & reﬁning rice was expensive), while the poorer classes ate brown rice. In fact, in the 1950s and 60s, when the government rationed rice, it was brown rice they supplied. However, today, brown rice is considered more of a premium product, prized for both its health beneﬁts and its nutty ﬂavor. 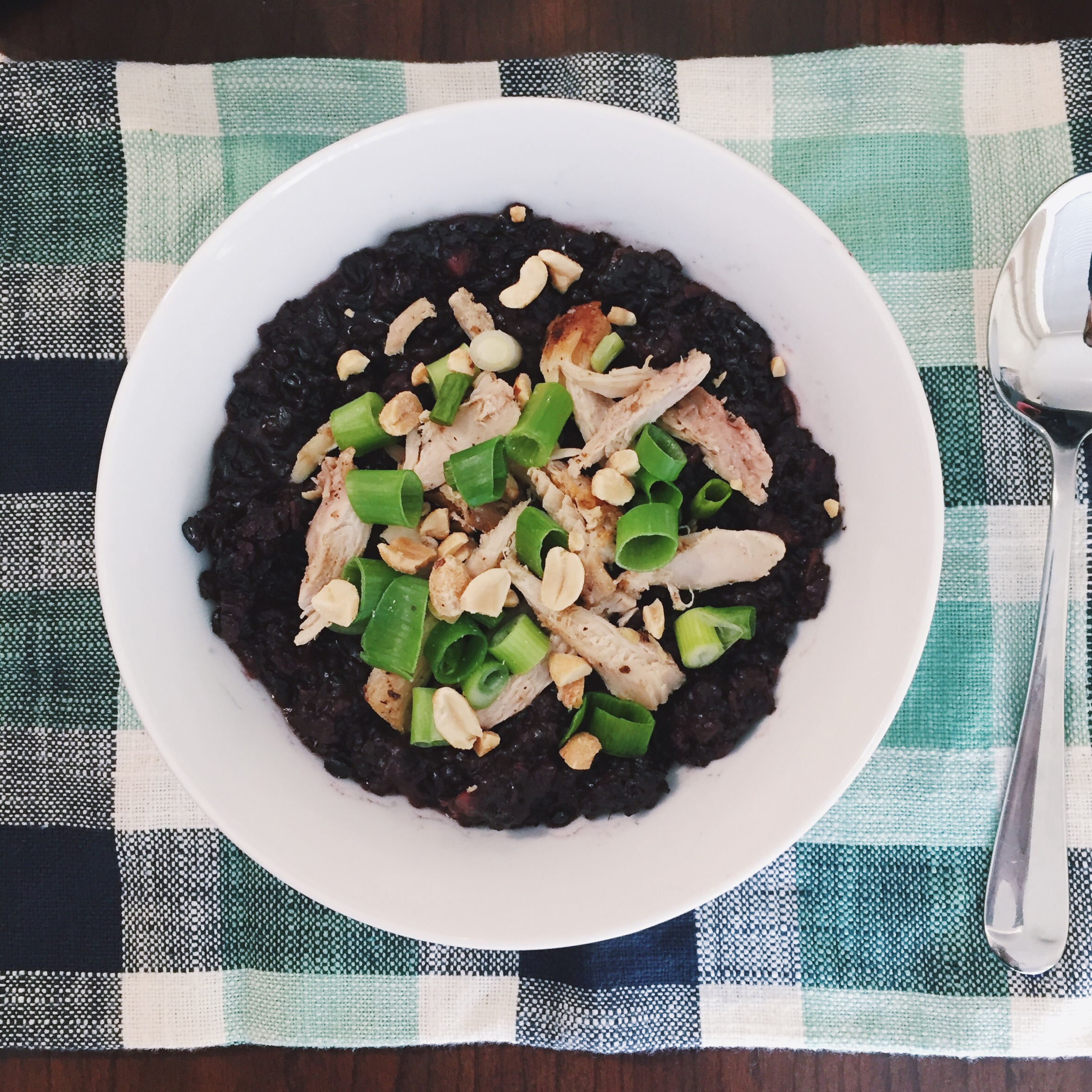 Of course, brown rice is not the only whole grain rice with a storied history in Asia. Legend has it that during the Ming Dynasty, black rice was called “tribute rice” or “longevity rice,” exclusively reserved for the Emperors to ensure their good health and long life. Common people were forbidden from eating it, hence the nickname that persists today, “Forbidden Rice.”

Before rice there was millet, the staple grain of Asia about 7,000 years ago. In fact, millet was used to make Chinese noodles before manufacturers started using wheat. About a decade ago, archeologists uncovered a 4,000-year-old fossilized bowl of millet noodles, which is the oldest known example of noodles.

Despite the historical signiﬁcance that whole grains have in Chinese culture, companies are also  ﬁnding modern ways to incorporate more whole grains into current Chinese traditions. Oat House (the company that organized the Sino-Foreign Whole Grains Industry Development Experts Forum) is putting whole grain oat ﬂour into the mooncakes for the upcoming mid-autumn festival in China.

With their eager embrace of globalization, many Chinese people have reshaped their diets to incorporate unfamiliar foods from around the world (like coﬀee and yogurt). Hopefully, with cooperation of Chinese government agencies, NGOs, and manufacturers, whole grains will make their way onto more and more Chinese plates as well. (Kelly)