The Future of Bread Lies in Its Past

Instead of looking toward technology and advancement when we think about the future of bread, the Bread Symposium speakers assembled in Charlotte agreed that it’s time to turn back to the old ways of baking.

What is the future of bread? Finding an answer to this question was the impetus behind Peter Reinhart’s International Symposium on Bread, held last month in Charlotte, NC at Johnson & Wales University’s culinary school. Reinhart brought together experts and home bakers, scientists and writers from around the world and they all concluded that the future of bread lies in its past.

Stefan Cappelle, a food microbiologist at Puratos, reminded the conference attendees that in today’s world, “it’s easy to take bread for granted.” It usually arrives in our homes packaged and sliced, ready for consumption. The transformative process that turns milled grain, yeast, water and salt into a transportable, energy-dense, aromatic loaf is largely invisible to the average grocery store customer. Puratos and many of the other companies and individuals who attended the conference are on a mission to bring back respect for bread! 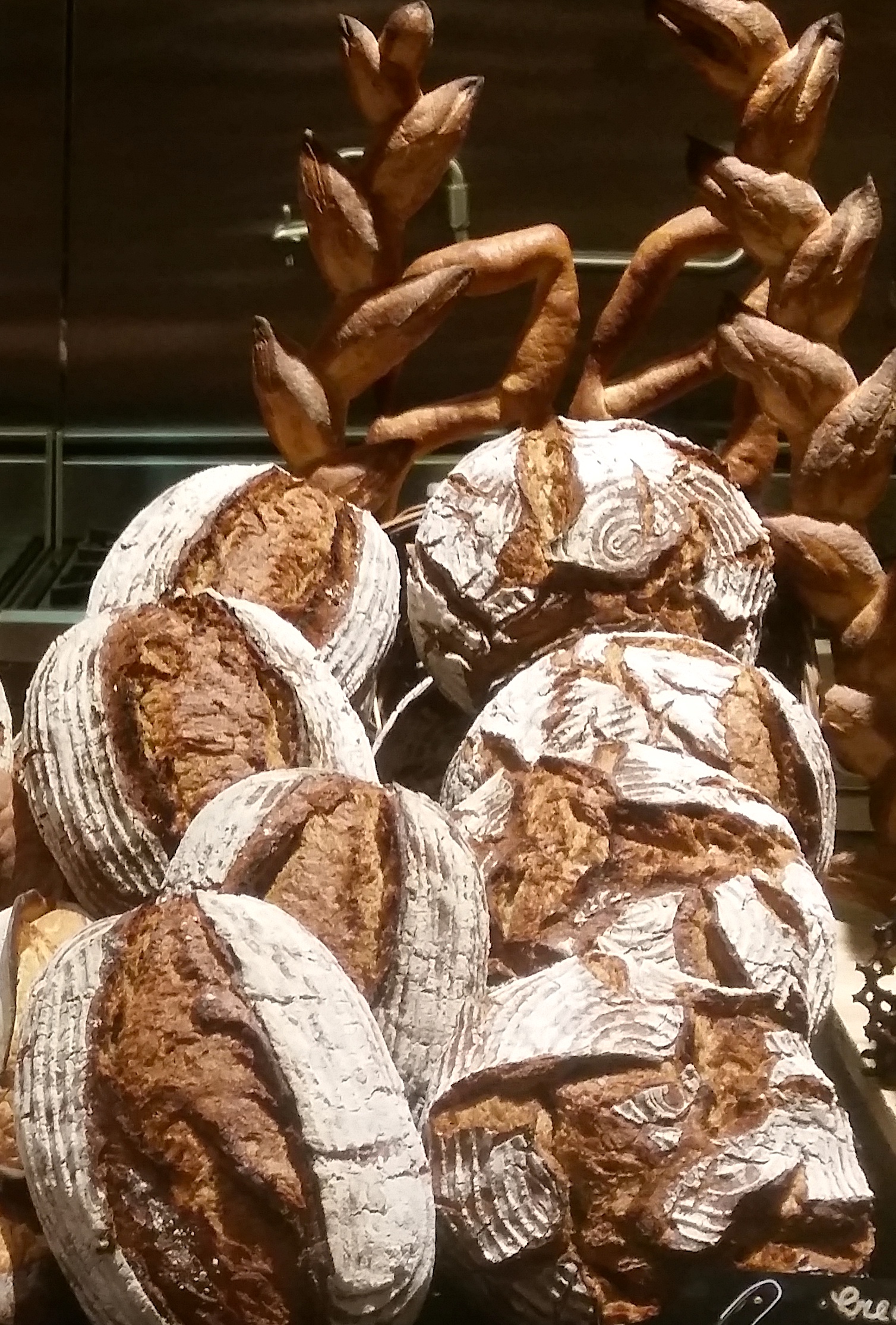 Embracing the Value and Flavor of the Past

When we think of the future, we often think of new innovations and technological advances. Bread’s history has certainly gone down that path before. The industrial revolution enabled manufacturers to reﬁne grains, making ﬂour more consistent, predictable and shelf-stable, and this, paired with the development of dry active baker’s yeast, made it possible to mass-produce baked goods that were uniform in color, shape, and texture.

Unfortunately, the processing required to create consistent dough also robbed our baked goods of so much of their ﬂavor and nutrition. So instead of looking again toward technology and advancement when we think about the future of bread, the speakers assembled in Charlotte agreed that it’s time to turn back to the old ways of baking. It’s time to restore and preserve the slow fermentation methods, whole grain ingredients, and artisan bakers’ knowledge that were integral to bread production for thousands of years. “We are so fortunate with bread, it’s been out there so long it’s become embedded in our culture,” Cappelle said. “Behind every bread there is a story.”

Preserving the Past, One Sourdough at a Time

In their quest to study the breadth of biodiversity found in sourdoughs and to preserve bread baking traditions of the past, the scientists at Puratos launched a Sourdough Library in Saint-Vith, Belgium. The library, which gathers, stores and analyzes sourdough samples from all over the world, has the capacity for somewhere between 500 and 1000 sourdough samples, depending on the size of the storage container. The library seeks to collect about 20 new samples annually, focusing their search on a diﬀerent country or region each year and gradually preserving as many distinct sourdoughs as they can. “Every time a bakery dies,” Capelle lamented, “its sourdough starter also dies and we lose the biodiversity of ﬂavor and wealth of knowledge stored in that bakery.”

The library currently houses 93 sourdoughs from 15 countries, and includes a 150-year-old(!) rice-based Japanese sourdough that’s been passed down for generations. Ninety-three sourdough starters (also called “mothers”) may not sound like very many when you consider how many exist in the world, but Cappelle mused that, “we all know how precious one mother is, so we can understand how precious 93 are.” By analyzing the samples they have gathered, the Puratos lab has been able to identify more than 700 strains of wild yeast and 1,500 types of lactic bacteria, working in myriad combinations to create unique ﬂavors and textures. 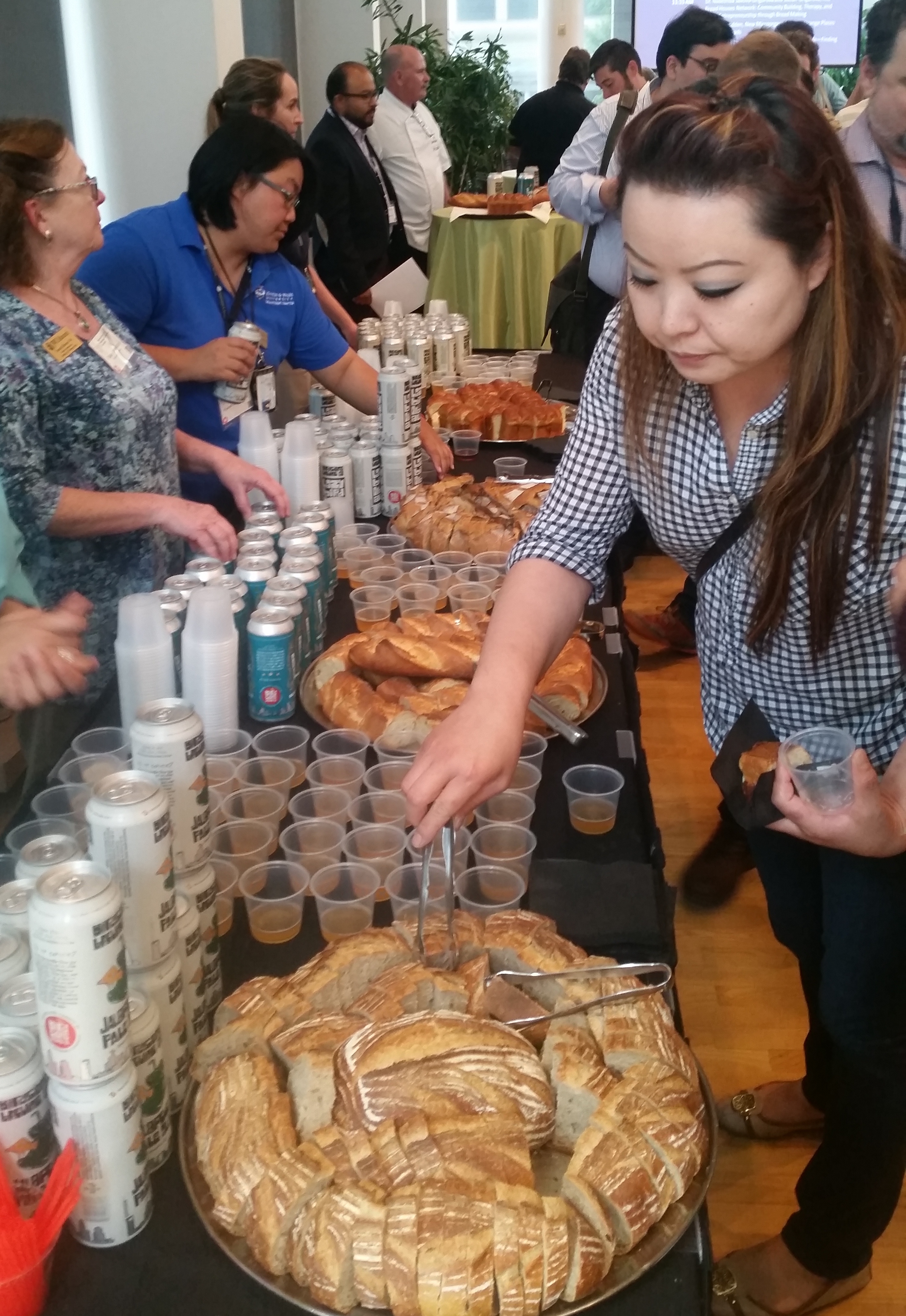 Preserving the past and creating a new future for bread isn’t just about maintaining vaults of sourdough specimens, though. It’s about sharing knowledge and teaching people what it means to make and eat great bread. It’s about inspiring bakers and consumers alike to think beyond reﬁned wheat ﬂour and dry yeast, and helping them rediscover the superior taste of freshly ground grains, fermented slowly then baked to crusty perfection.

“People like to say that we just don’t have time to cook or bake anymore, but we’ve never had more time. We just spend our time diﬀerently,” Chad Robertson, of Tartine Bakery, reasoned. “When we teach people about the value of good food and good bread, they start to prioritize their time and money diﬀerently and that creates change.” (Caroline)

Rodrigo Céspedes
I am agree. We must go back to tradition.