Embracing traditional diets means embracing a diet with more whole grains, not fewer. Misguided dieters who avoid this nutritious, sustainable food group are putting themselves at risk of not only nutrient deficiencies, but possibly chronic disease and weight problems as well.

Dissatisﬁed with certain aspects of the industrial, highly processed food system, some people are turning to earlier models of eating centered on wholesome foods and ingredients. But embracing traditional diets means embracing a diet with more whole grains, not fewer. Misguided dieters who avoid this nutritious, sustainable food group are putting themselves at risk of not only nutrient deﬁciencies, but possibly chronic disease and weight problems as well.

Using national health survey data from 9,341 adults in Australia, researchers found that people avoiding core grain foods were signiﬁcantly more likely to be overweight or obese than those who eat grains, despite consuming fewer calories than grain eaters. Grain avoiders also ate fewer fruits, vegetables and less ﬁber. After adjusting for age, sex, and calorie intake, avoiding grains was also linked with a higher BMI and waist size. Part of this could be attributed to whole grains’ beneﬁcial eﬀect on metabolism and the gut microbiome. 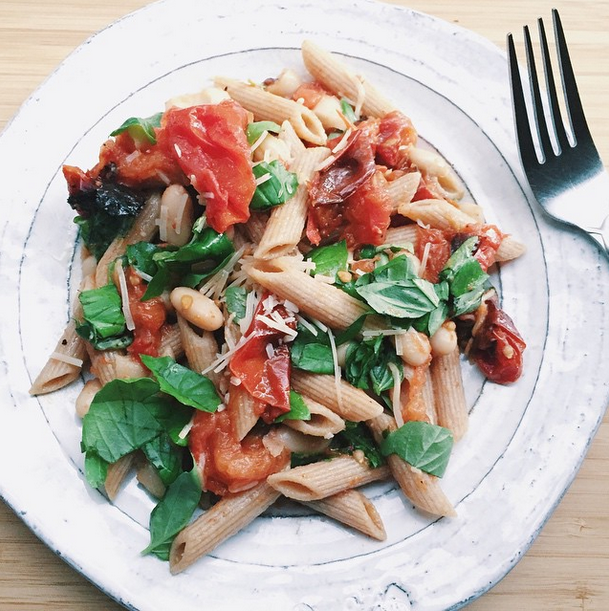 Whole grains are an essential part of a healthy diet, even if you have a medically diagnosed problem with gluten. Gluten-free doesn’t mean grain free. In fact, most whole grains are naturally gluten-free. However, for those without a medically diagnosed gluten issue (such as celiac disease), the support for gluten-free and low-gluten diets appears to be far more fad than fact. In a study of more than 100,000 US adults without celiac disease, followed for more than 25 years, researchers found that eating gluten was not related to heart disease risk. In fact, the researchers caution that avoiding gluten may result in eating fewer whole grain foods, which may in turn pose a risk for heart disease.

Similarly, in research presented at the American Heart Association’s 2017 Scientiﬁc Sessions, scientists at Harvard found that eating lower amounts of gluten is related to a higher risk for type 2 diabetes. In fact, those in the top 20% of gluten intake were 13% less likely to get type 2 diabetes over the 30-year study period, even after adjusting for family history, exercise habits, weight, and calorie intake. This may be because gluten-free foods are often made with substitutes like potato starch and tapioca that can make blood sugar spike.

Research on gluten sensitivity is also casting some doubts on the usefulness of gluten-free diets for a wider population. Many patients who respond well to a gluten free diet, but don’t test positive for celiac disease, are thought to have a problem tentatively dubbed “non-celiac gluten sensitivity.” In a new study, researchers in Spain analyzed data from 10 studies comprising 1312 adults, all of which were double-blind, placebo-controlled gluten challenges (meaning that neither the researchers nor the participants knew if they were getting a gluten-free diet or the gluten-containing placebo).  Only 16% of the non-celiac gluten sensitivity patients showed gluten-speciﬁc symptoms when exposed to the gluten-containing diet, and 40% of them had similar or increased symptoms when on the gluten-free control diet. The researchers conclude that these results “cast doubt on gluten as the culprit food component in most patients with presumptive [non-celiac gluten sensitivity]”  – undermining the name of this syndrome.

Whole grains have been at the core of traditional diets for millennia, and the more we learn about nutrition, it is easy to see why. Rather than picking up a highly processed “grain-free” or “gluten-free” snack food, which requires lots of gums and additives to make the texture appealing, opt for a quinoa salad or bowl of oatmeal instead. Your body will thank you! (Kelly)

Eileen Myers
Great blog and I love the handout! Thank you!
Caroline-WGC
Thanks Eileen, we're so glad you're finding the handout useful!
Susan
I'm a regular reader of your highly informative blogs. Thank you for bringing this important information to the food conscious consumer. Keep at it!
Caroline-WGC
Thanks for reading, Susan!
Carrie
I agree to an extent, but those with a leaky gut courtesy of gluten may benefit from a grain-free diet. As someone who previously avoided anything with the word “enriched” (stone ground is best); I have yet to see “stone ground rice flour” and the like. LOL. Rye, barley, and non-certified GF Oats are a Celiac nightmare. And corn?? Just what a Celiac patient needs: another food rough on the gut (and not easily digested by even the non-celiacs. I’ll stay with my fiber filled vegetables and sprinkle flax seed in yogurt. You can keep your grains. PS: I agree non celiac disease people should completely eat stone-ground grains (through the enriched crap out the door). There are no benefits of GF in non-CD people
Caroline-WGC
Hi Carrie -- It sounds like you're doing a great job of listening to your body and finding the foods that work best for you. If you're looking for products like stone ground rice flour, you might consider investing in a home mill (Mockmill makes a Kitchen Aid attachment for this purpose: https://us.mockmill.com) Many people find grinding their grains at home to be very appealing because they can grind just what they need and can make flour out of just about any grain. Even those with Celiac Disease can enjoy grains like amaranth, buckwheat, millet, quinoa, rice, sorghum, and teff. And decades of research point to the wide range of health benefits that come from eating whole grains, so we encourage everyone to find the ones that work best with their bodies!
Chris
This is good stuff, I feel my blood sugar has been worse since going grain free and honestly this is the first thing I’ve seen that shines light on it. Love your stuff!
George
If you are going off of the food pyramid, I hope you realize that that was changed by the government back in the 70’s to help fill the void with lower income families. Show me studies and research on the health benefits of wheat and grains, and for each one I will show you ten opposing ones.
Caroline-WGC
Hi George – Dietary guidance around the world recommends multiple daily servings of whole grains because decades of nutrition science have shown that increasing whole grain intake is associated with a wide range of important health benefits. Our health studies database is a great resource for learning more about the science: https://wholegrainscouncil.org/whole-grains-101/health-studies