A Celebration of Corn in Mexico

Since October’s grain of the month is corn, we hope you’ll indulge us as we take you on a quick journey south of the border and bring you fresh culinary inspiration you can take straight to your kitchen. 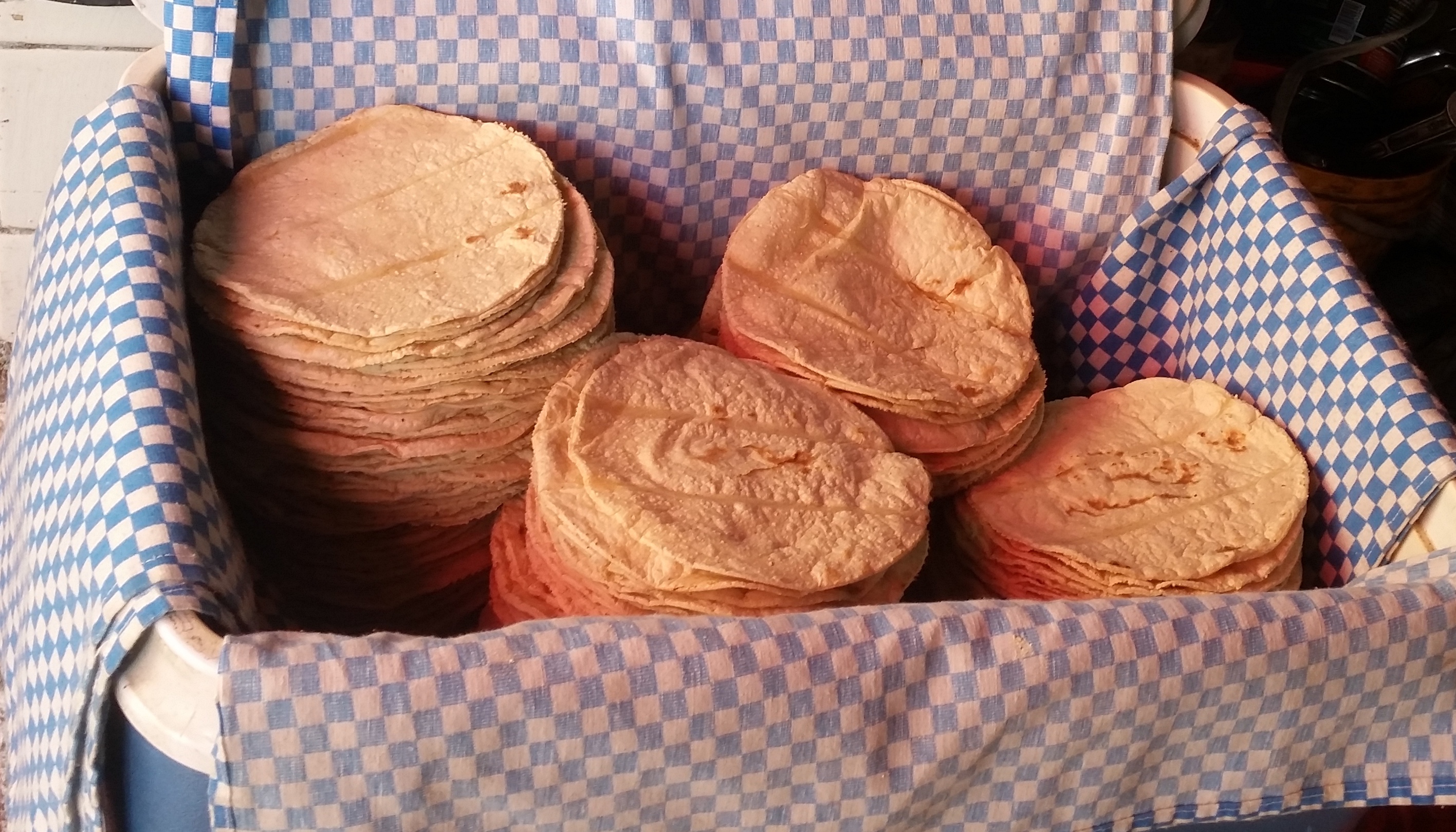 The Whole Grains Council was recently asked to speak at a food manufacturing conference in Mexico City on the topic of whole grains. We spoke about health beneﬁts and global trends, and we shared strategies for incorporating more whole grains into popular foods from breads and baked goods, to crackers and snack foods. And when we were all done speaking, we took to the streets to sample as much delicious Mexican food as we could ﬁnd.

When it comes to grains, traditional Latin American cuisine uses lots of rice and corn, along with ancient grains like amaranth and quinoa. Of these, corn may be the most dominant in Mexico, showing up at almost every meal in the form of tortillas, tostadas, tamales and tlacoyos, which are fat oval-shaped patties ﬁlled with beans, cheese, or meat.

Since October’s grain of the month is corn, we hope you’ll indulge us as we take you on a quick journey south of the border and bring you fresh culinary inspiration you can take straight to your kitchen. And once you’re ﬁnished reading, check out all of our recipes for delicious corn dishes! 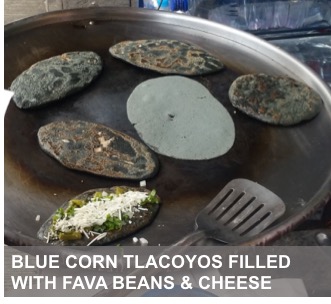 Most corn-based foods made in Latin America use masa, a type of ﬂour made from nixtamalized corn that’s been soaked or cooked in an alkaline solution (usually lime) before being dried and ground up. This traditional method of preparation adds calcium to the corn ﬂour and allows the niacin and B vitamins present in the corn to become more bioavailable so that they can be readily absorbed by the body.

Even though a very small amount of the corn’s bran layer may be rinsed away during the limewater soak, masa is often grouped in with whole grains because the nixtamalization process does so much to increase the bioavailability of so many of the grain’s nutrients. In fact, the nutritional proﬁle of masa ﬂour is extremely similar to that of whole grain corn ﬂour.

Masa ﬂour is mixed with water into a sticky dough that can be rolled out thin and baked into soft tortillas or fried up to make crunchy chips. The dough can be stuﬀed with a ﬁlling and then either steamed, or ﬂattened and pan-fried. Its versatility is likely one of the reasons that it’s been such an important staple in Mexico for such a long time.

As anyone in agriculture will tell you, pests and disease are a constant pressure on farmers, aﬀecting their yields and the health of their ﬁelds. One common corn disease, however, has won over the hearts of farmers and foodies alike. It’s called corn smut or huitlacoche, a fungus that envelops growing corn kernels and transforms them into a sort of mushroom-like delicacy. Huitlacoche, also referred to as “corn truﬄe,” is frequently used as a garnish or ﬁlling in foods during the late summer rainy season when it’s widely available. 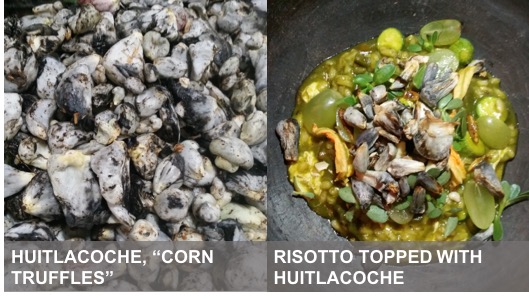 While huitlacoche transforms the corn into something fungal rather than grainy, the role it plays alongside corn, both in the ﬁeld and on the plate, is something that’s hard to miss when visiting Mexico City at the height of the rainy season. And its contribution to the cuisine is absolutely delicious.

Corn at every meal

From breakfast huevos rancheros and chilaquiles at the hotel, to the tostadas and tortillas incorporated into most of the street food, corn takes a leading role in Mexican cooking. Whether it’s piled high with veggies and seafood, drenched in mole sauce or salsa, or dipped into fresh guacamole, corn in all its many forms delivers ﬂavor and texture that weaves together all the other fresh and vibrant ingredients of a dish.

Corn may not be as trendy or chic as ancient grains are these days, but the food I enjoyed in Mexico has fueled in me a new passion for this sweet, earthy, fragrant grain. We hope it fuels some experimentation in your own kitchen as well. (Caroline)