Would you wear a one-armed sweater?

Would you go clothes shopping and settle for jeans with one leg, or a sweater with just one arm? Of course not. So why settle for less than the whole shebang when it comes to grains? 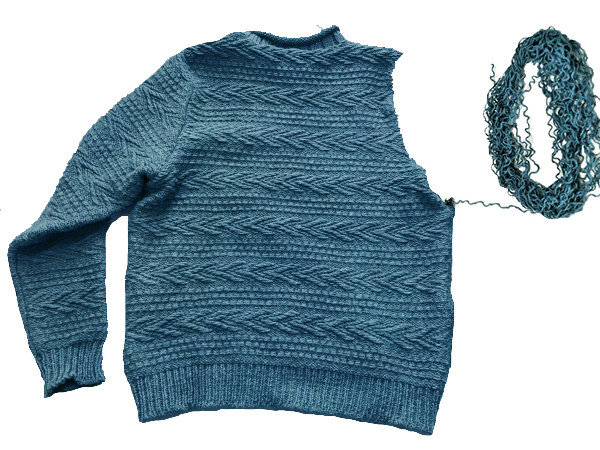 Would you go clothes shopping and settle for jeans with one leg, or a sweater with just one arm? Would you stop by the supermarket for eggs, apples, carrots or chicken, and search the labels to ﬁnd choices with half or more of the ﬂavor and health-sustaining vitamins and minerals taken out of them?

Unlikely. So why would anyone settle for less than the whole shebang when they buy grain foods like bread, crackers and rice? Choosing reﬁned grains (with the bran and germ removed) instead of whole grains is a lot like opting for that one-armed sweater. 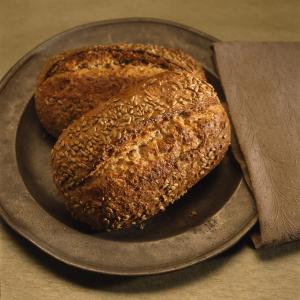 Dave Miller, a well-known California master baker, explains on his website why he chooses not to leave the ﬂavor out of his breads. “The fact that we use the whole wheat berry is important here,” says Miller, “because the majority of ﬂavor and aroma compounds, as well as nutrients, in wheat are found in the parts of the grain that are sifted out to make reﬁned white ﬂour.”

Alice Waters, famous for her restaurant Chez Panisse and for her pioneering work with introducing real foods to kids through the Edible Schoolyard Project, had been favoring reﬁned grains for years out of habit. Then one day she decided to start experimenting with whole grains, and found “the greatest revelation was a world of ﬂavor I had been stubbornly resisting for years.” She’s a whole grain advocate now.

That one-legged pair of jeans will not only compromise your appearance and appeal, it could also compromise your health if you’re heading outside on a wintry day. Similarly, giving up the better half of your grains can also put a dent in your health. Reﬁning wheat removes half to two-thirds of most vitamins, minerals and ﬁber in the grain, as shown on the chart below; “enriching” only replaces ﬁve nutrients, and does so in diﬀerent proportions than nature intended in the original whole grain. 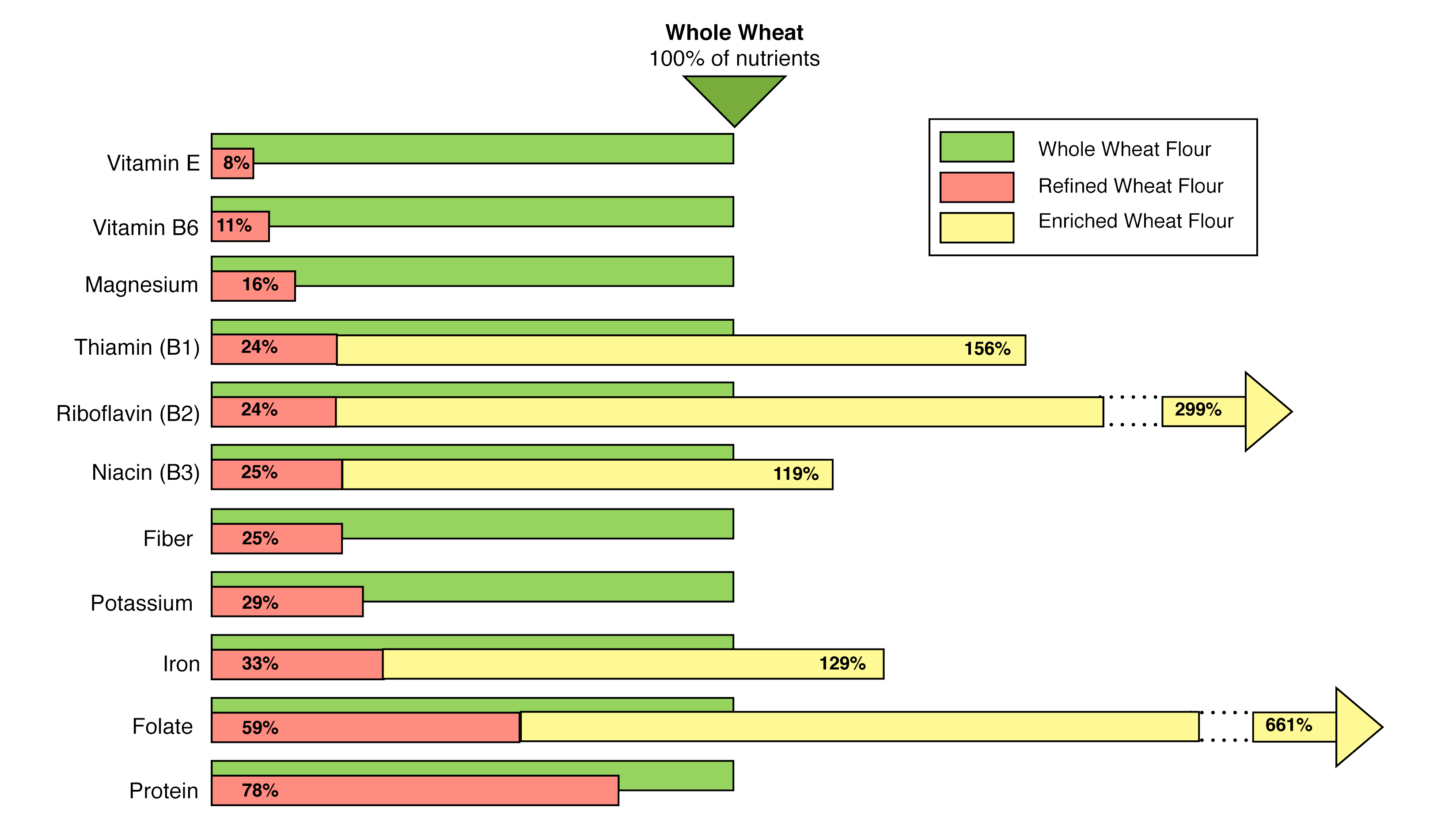 So, next time you shop, treat yourself to foods that contain all the ﬂavor and goodness of the original grain. You deserve it all. (Cynthia)

Michele
I'm a holistic nutrition health coach, and I share this message routinely with anyone who will listen. I've also educated my social media followers by sharing the grain of the month. Thank you for this article.