Is ancient wheat healthier than modern wheat? In some respects, it may be. Originally posted March 21, 2013; updated in 2017 to include information about more recent health studies. 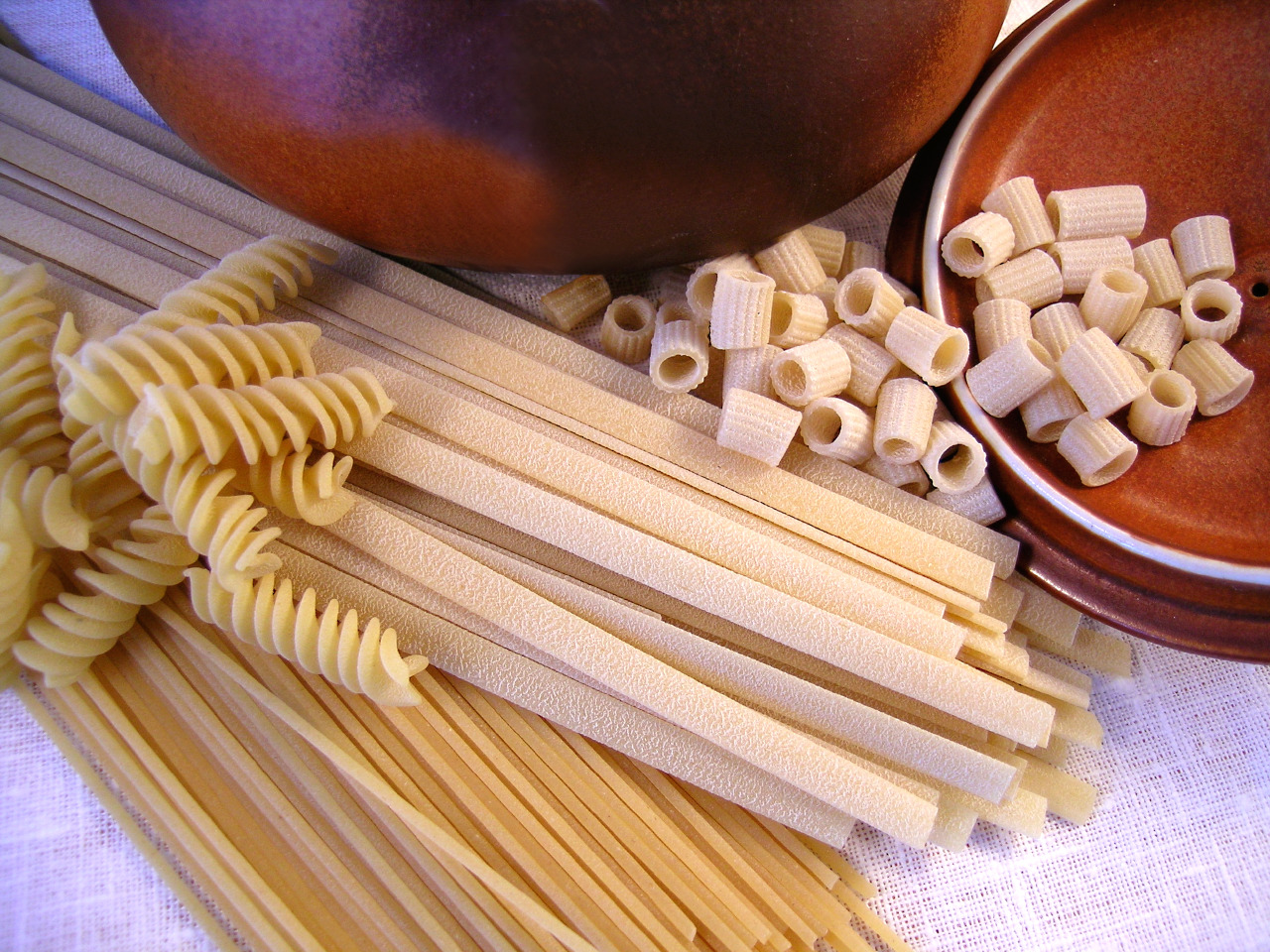 Is ancient wheat healthier than modern wheat? In some respects, it may be, according to three recent Italian studies that looked at inﬂammation, cardiovascular disease, and type 2 diabetes.

In 2013, scientists at Careggi University Hospital in Florence decided to see if health markers changed when people switched between eating modern wheat and KAMUT® brand khorasan wheat. To do this, they conducted a randomized crossover study including three eight-week periods: one in which subjects with no prior clinical signs of cardiovascular disease ate their normal diet but with all grain products – bread, crackers, pasta and cookies – made with KAMUT® wheat, a washout period of eight weeks, and eight weeks in which all grain products were made with modern durum wheat and soft wheat.

The results? Following the KAMUT® wheat phase of the study, subjects’ total cholesterol decreased on average 4.0%, their LDL (“bad”) cholesterol decreased 7.8%, and certain markers of inﬂammation dropped 23 to 36%. At the same time, blood levels of potassium and magnesium – two key minerals many of us are lacking – rose 4.6% and 2.3% respectively. Following the modern wheat control phase, total cholesterol dropped 2.1% and LDL dropped 2.8%, while potassium and magnesium actually decreased slightly; the three inﬂammatory markers were mixed with one almost neutral, another dropping 14% and one increasing 15%.

Similarly, the 2016 study with type 2 diabetes patients, showed reductions in total cholesterol and LDL cholesterol following the KAMUT® wheat phase. Additionally, the subjects’ blood insulin levels fell 16.3%, their glucose levels decreased 9.1%. The researchers reported that, “No signiﬁcant eﬀect was noted after the consumption of the control diet.” 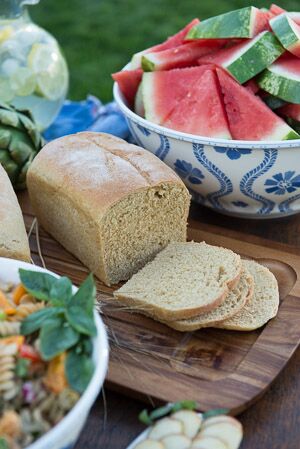 Lab analysis of the KAMUT® wheat and control wheat showed that the two products looked fairly similar on paper with similar ﬁber levels and similar resistant starch levels (though with more potassium and magnesium in the KAMUT® wheat). And yet the health impacts were diﬀerent, leading the researchers to conclude that, “Dietary ﬁbre and resistant starch alone were clearly not instrumental in improving these metabolic parameters.” It’s what we’ve been saying all along here at the WGC: ﬁber and resistant starch are both great, but whole grain’s health beneﬁts derive from a lot more than simply ﬁber.

Before we go any further, we should mention some of the limitations of these interesting studies. First of all, they were all very small studies – just 21 or 22 subjects each. Second of all, both the KAMUT® semolina and ﬂour, and the control semolina and ﬂour were semi-whole, not 100% whole. (Italians are new to the whole grain world; though KAMUT® wheat is very popular in Italy, researchers thought compliance would be better with foods more like everyday fare.)

It’s also very important to note that wheat — like all grains and in fact all whole foods — is a growing, living thing. The same variety of wheat grown in two diﬀerent locations, or in two diﬀerent years, may have diﬀerent levels of nutrients and diﬀerent impacts on health — before we even begin comparing varieties. Think about it: although you can look up “apple” in a nutrient database and learn how much vitamin C or ﬁber is in “an apple” the values listed will not be the same for all varieties of apples, grown in all weather conditions, in all years. This is one factor that makes nutrition research so challenging.

Beyond these caveats, however, the studies were carefully designed. Both the KAMUT® wheat and the control wheat were ground at the same mill, and all grain products for the study were produced by the same artisan bakery and pasta maker. Subjects were given identical, controlled amounts of all grain products and instructed to eat no other grain products during the intervention and control periods; they did not know which grain they were consuming at any time.

We often see wild, unsubstantiated claims about the pros and cons of modern wheat vs. ancient varieties, but these are some of the ﬁrst human clinical trials we’re aware of to explore this issue in a scientiﬁcally valid way. We hope to see even more, larger studies like this in the future.

Hats oﬀ to Kamut Enterprise of Europe, whose grants helped fund the independent research behind all three of these studies, and to WGC Member Kamut International, who provided us the journal articles to review. For more information about the story behind KAMUT® brand khorasan wheat, check out our blog post about the revival and growing popularity of this ancient grain. (Original blog post by Cynthia, updates by Caroline)

Alex
could it be that the change (more variety) had a positive influence on the Kamut consumers ? Interesting study
Cynthia

Alex -- Thanks for commenting. You've made a good point -- more variety in our diet is always a good thing and could have played a role. We always urge people to eat a variety of different whole grains,  along with a variety of fruits, vegetables, legumes, and other healthy foods.

CATE
I just bought kamut grain to grind and looking forward to better bread. Never tried it before.
AussieHarmony

Good to see a bit of analysis of the study results instead of blanket regurgitation or biased reporting that is usually seen on the www. It's appreciated and saves me having to do it. Thanks :)

Thanks for the kind words. We just received a copy of the latest Kamut® study earlier this week, and hope to be reporting in the coming weeks with additional information to augment the first study you enjoyed so much. Stay tuned!

naturopathy
What I in actual fact concern myself most about is health matters. On my own, I subscribe to journals oriented toward this subject, and I maintain educated about the most recent wellness lab analyses. Just how is this of any use? I feel there is no more significant focus for my energy. Likewise, this blog page seems as if it's well worth my time to read. I sift through 1000s or more of websites weekly. Truth be told, my back constantly is uncomfortable and I need a new spare time interest. lol Nevertheless, I believe if absolutely everyone published about their place in existence, and did it cogently, we'd have a more robust Earth.
Jo
In the trial, do you know if they were using the whole grain or a 'white kamut flour' which removes the bran and maybe the germ of the grain leaving only the endosperm. I ask as my understanding is the germ and bran contain a high proportion of the nutrition. Many thanks for your website.
Cynthia

As the fifth paragraph says, the Kamut was "semi-whole" -- some of the bran and germ remained, but not all of it. While in the U.S. we tend to have grains that are completely whole (all the bran, germ, and endosperm) or completely refined (just endosperm, no bran or germ), in Europe it's common to have different "extractions" that fall somewhere in the middle.

This may be more than you wanted to know, but here's what the Italian researchers told us when we asked. I hope this helps!

For the cardiovascular disease project published last January, they bought the following products:

- Semolina of Kamut and semolina of an italian durum wheat (semi-whole) for production of two types of pasta;

- Flour of Kamut and flour of an italian soft wheat (semi-whole) for production of biscuits, crackers, bread.

In the semi-whole wheat flour according to Italian standards the following is found:

According to Italian standards, per 100 Parts of dry substance, the flour type 2 (semi-whole) must have 0,95 of maximum ash, while the whole flour must have 1,40-1,60 of maximum ash.

In the certificate of analysis obtained from Molino Sima for the products utilized during the project, we have the following values for ash (related to 100 Parts of Dry Substance):