Celebrating One Year of the 50%+ Stamp

We noticed that many consumers wanted to be able to tell when they were buying a product that had been made primarily with whole grains. It seemed like a no-brainer to create a Stamp that would help consumers ensure they were making at least half their grains whole. 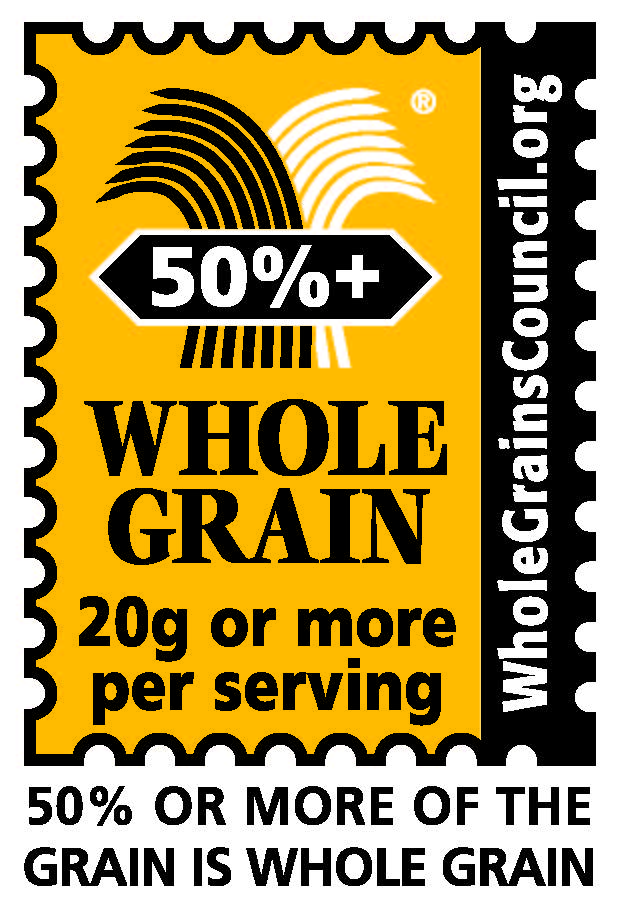 This month, we are pleased to be celebrating the ﬁrst anniversary of the launch of our popular 50%+ Stamp. Of the almost 12,000 products registered in our database, just under ⅓ of them are approved for the 50%+ Stamp, and roughly 1000 of those are new or reformulated products that have been registered over the last year.

Development of the Stamp Program

In the intervening years, as the breadth of whole grain research has grown and our collective understanding of the myriad health beneﬁts of whole grain consumption has increased, we noticed that many consumers wanted to be able to tell when they were buying a product that had been made primarily with whole grains. It seemed like a no-brainer to create a Stamp that would help consumers ensure they were meeting the Dietary Guidelines’ recommendation. 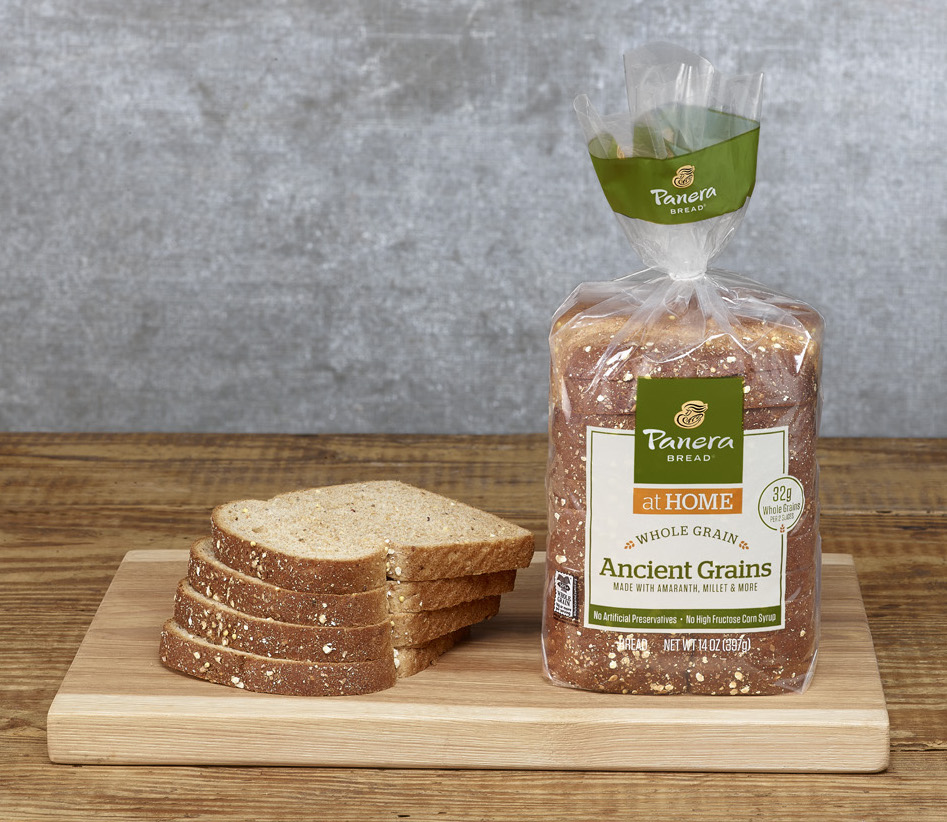 Around the same time we were announcing the addition of the 50%+ Stamp to our program, Panera Bread was preparing to launch an expansion of their Panera at Home sliced loaves – and all three of the new breads – a 100% Whole Wheat loaf, a Rustic White, and an Ancient Grains bread – were going to be made with a minimum of 50% whole grain. The timing could not have been more perfect!

Sara Burnett, the Director of Wellness and Food Policy, told us that the driving forces behind the company’s emphasis on whole grain are multi-fold. Consumer preference for whole grains is growing and consumers are becoming increasingly familiar with ingredients like ancient and sprouted grains. Additionally, at the core of Panera’s company philosophy is the desire to make their food wholesome while maintaining craveability, and to nudge consumers toward better-for-you foods.

In a culture where dietary choices are often framed around what you shouldn’t eat, it can be so refreshing to hear positive messages that encourage you to enjoy and savor the whole-grain-goodness of your food. Burnett pointed out “The absence of ingredients like artiﬁcial preservatives is a great place to start, but it’s even more powerful when you have a positive message about tasty, nutritious ingredients in your product, like whole grains.” Our sentiments exactly!

Not only that, but whole grain products oﬀer you so much more than their reﬁned grain counterparts. When you’ve got a choice between bread made of plain-tasting, even – dare we say – bland, reﬁned ﬂour, and bread that’s packed with the rich, nutty, toasty ﬂavor of whole grains (with all the nutrients that accompany them), we think it’s an easy decision.

On that note, we hope you’ll join us in raising a slice to toast the ﬁrst year our 50%+ Stamp and all the great products using it. (Caroline) 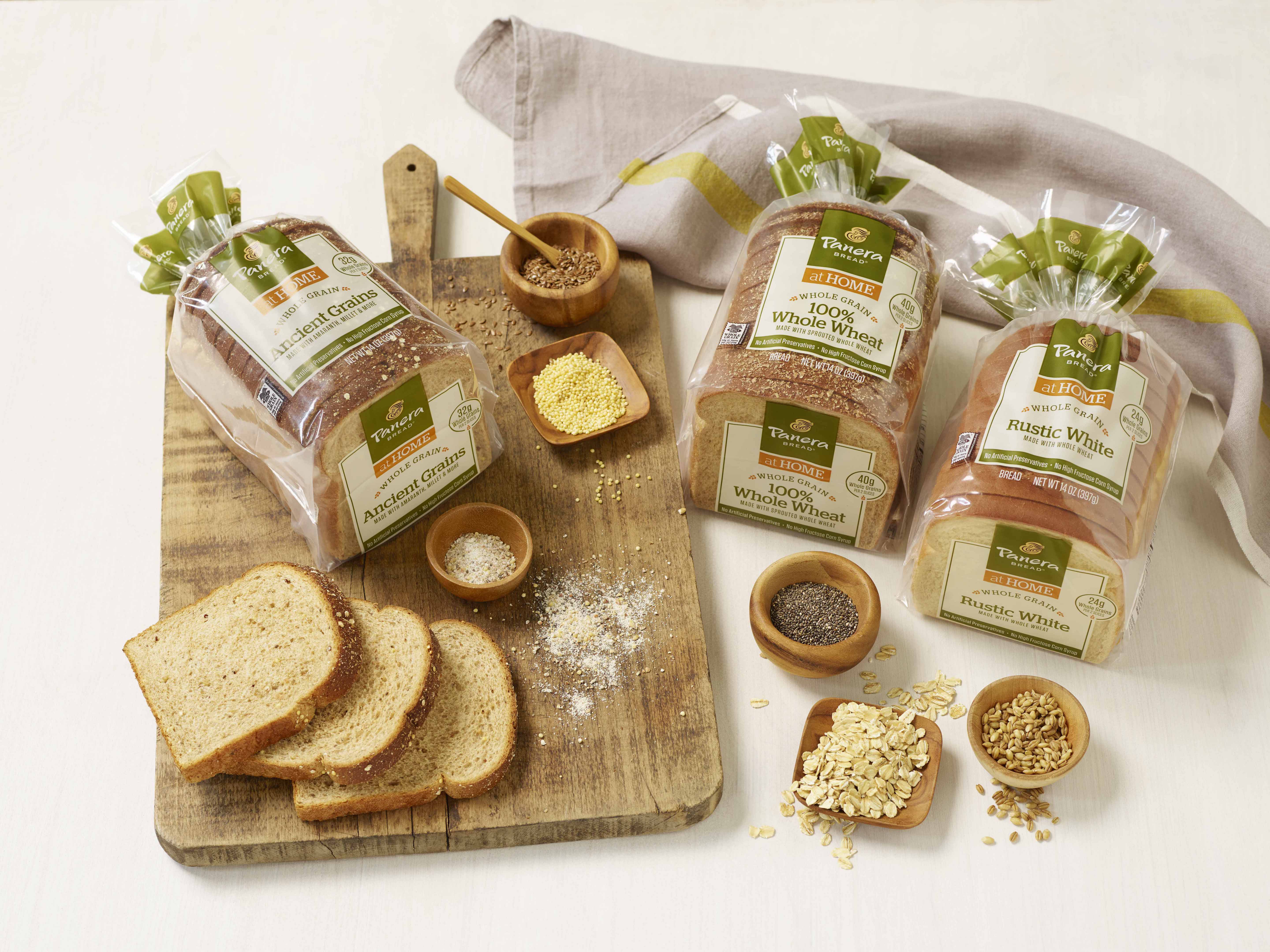