Once a supporting actor, typecast for Reuben sandwiches and pumpernickel, rye is showing off its range in a number of different roles. 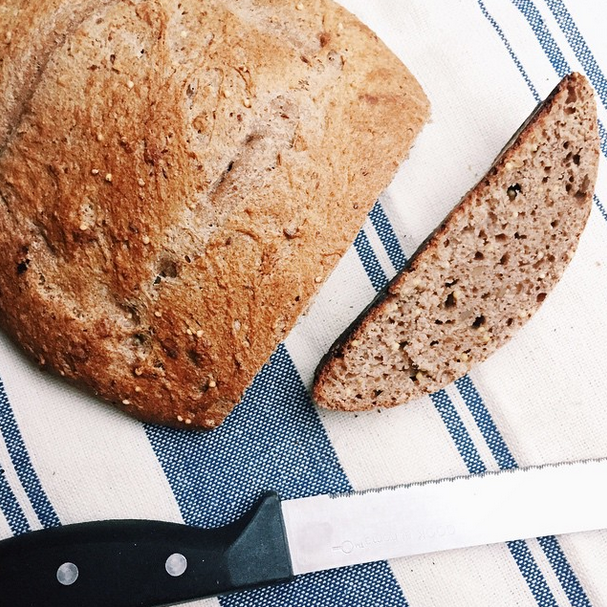 For decades rye has been one of America’s best-kept and undeservedly obscure culinary secrets, and I rejoice that others have begun discovering its joys.
–Stanley Ginsberg, The Rye Baker

Amidst the squishy white-wheat loaves of my suburban Texas childhood, rye ﬂour was largely uncharted territory. Like many, I associated rye with the earthy, anise ﬂavor of caraway seeds, underestimating the ﬂavor range that this versatile, complex grain is capable of. But as more pastry chefs and bakers experiment with whole grain ﬂours, rye is ﬁnding its way onto my plate in the most unexpected of ways, and my taste buds couldn’t be happier.

Flaky, rye croissants are on the menu at New York’s acclaimed Great Northern Food Hall, and down in Brooklyn, the rye and buckwheat streusel toppings at Four and Twenty Blackbirds have attracted national praise. For many bakers, like Four and Twenty Blackbirds’ Christina Razon, rye is an economical entry point into the local grain movement. Rye is a hardy crop with a knack for thriving in areas too wet or cold for other grains. What’s more, rotating crops with rye in the oﬀ-season can help protect against soil erosion, and also deliver nutrients back to the soil.

“I’d been making brownies with spelt ﬂour for over a year and thought they couldn’t be bettered. But after reading Chad [Robertson’s] book I decided to try making them with whole grain rye ﬂour. The result was a chewy, rich, gooey, nutty chocolate treat. I immediately adjusted my recipe and haven’t looked back.”

Similarly, pastry chef Karen Hatﬁeld, who sells a chocolate pie with rye crust, and chocolate chip cookies with rye, tells the LA Times, “the ﬂavor is subtle, a bit nutty, and deﬁnitely oﬀers a complexity not achieved with all-purpose ﬂour.” Desserts aside, rye also lends itself beautifully to breads, from the dark, sour breads of Russia and the Baltics, to the sweet, crisp loaves of Sweden, Finland, and Iceland.

Unlike imported ancient grains (like teﬀ, quinoa, or amaranth), rye has been a steady character in the American foodscape for centuries. Once a supporting actor, typecast for Reuben sandwiches and pumpernickel, rye is showing oﬀ its range in a number of diﬀerent roles. And this isn’t a performance your taste buds will want to miss. (Kelly)