Faced with rapidly rising rates of obesity and type 2 diabetes, the Singaporean government’s Health Promotion Board has been working hard to promote a major shift toward whole grains in a country where white rice and refined grain noodles make up a huge part of the average consumer diet. 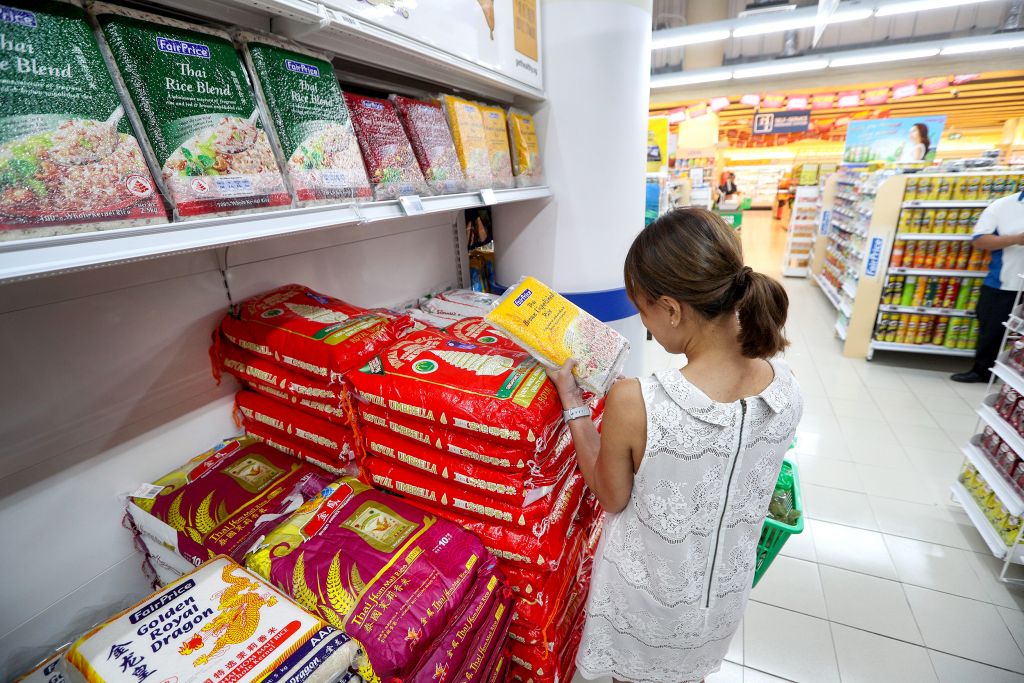 Faced with rapidly rising rates of obesity and type 2 diabetes, the Singaporean government’s Health Promotion Board (HPB) has been working hard to promote a major shift toward whole grains in a country where white rice and reﬁned grain noodles make up a huge part of the average consumer diet. In fact, in 2010 when the government in Singapore started heavily promoting wholegrains, the country had some of the lowest whole grain consumption in the world – ranking #104 out of 113 countries surveyed in a study conducted by the Global Nutrition and Policy Consortium based at Tufts University. At the time, just 3% of calories in the average Singaporean diet came from whole grains, a far cry from the HPB’s 50g recommendation for daily intake.

Even though whole grains are a part of traditional diets in just about every part of world, the prevalence of reﬁned grain products in recent decades has erased a lot of that cultural memory. The HPB recognizes that one of the challenges they face is that many consumers believe “our ancestors were rice eaters with little ill eﬀect.” People have forgotten that, “while rice eating is culturally ingrained in Asia, the norm used to be unpolished rice, not polished white rice, which only became a feature of [the] Asian diet in the last 50 to 60 years.” 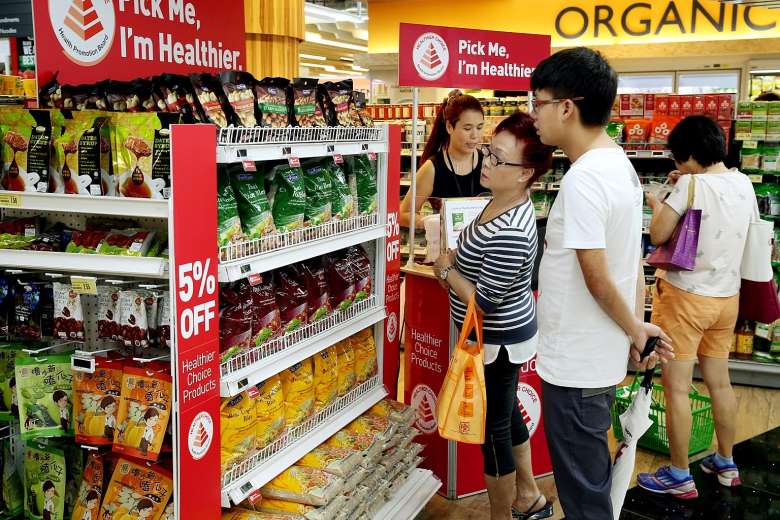 Targeting consumer habits at home, the HPB has created partnerships with major supermarket chains, encouraging them to oﬀer discounts and promotions on whole grain rice and to highlight with signage that brown rice and red rice are healthier options than white rice. Supermarkets working with the HPB also distribute educational material and “nutrition toolkits” which include a nutrition guide and recipe book to help make it easy for consumers to make the switch to whole grains.

Whole Grains on the Go: Increasing Accessibility and Availability

When whole grains are more expensive or hard to ﬁnd, consumers are much less likely to choose them. And in a country like Singapore, where a third of the population eats out more than seven times a week, making whole grain options both available and aﬀordable for folks dining outside the home is a priority when it comes to changing consumer habits. Recognizing this, the HPB has created a Healthier Dining Programme in an eﬀort to bring more whole grain options (and other healthy alternatives) to restaurants, food courts, and cafes. Under this program, the government oﬀers food and beverage businesses the opportunity to apply for grant funding to develop and promote healthier menu options.

The HPB has also developed a program speciﬁcally targeting Hawker Centres, which are open-air food courts with multiple stalls, many of which serve inexpensive rice- or noodle-based meals. About 80% of Singaporeans eat at a Hawker Centre at least once a week, so the potential nutritional impact of incorporating more whole grains into these foods is huge. In partnership with food vendors and their suppliers, the HPB has worked to develop and market partially-whole-grain noodles and partially-whole-grain rice blends which are made available to consumers at an equal or reduced price compared with their fully-reﬁned-grain counterparts.

Since 2014, the impact and success of this program has grown. In fact, as of April 2018, more than 5,000 hawker stalls had partnered with the HPB to oﬀer whole grain options or meals that have fewer calories, lower sugar levels, or healthier fats than the standard hawker fare. In a June 2018 blind taste test of whole grain and reﬁned grain noodles at the Geylang Serai Hawker Centre, 9 out of 10 people preferred the whole grain noodle dish (mee goreng), describing it as “having more bite,” “lighter,” and “less alkaline in taste.”

By April next year, HPB hopes that 4 in 10 hawker stalls in the country will be on board. It’s all about trying to make sure “there is always a healthier option, whatever your budget is,” Ann Low, HPB’s deputy director of the obesity prevention management division, explained to a Channel NewsAsia reporter.

If you’re interested in learning more about whole grains and the Asian Diet, check out our new handout and our recently updated Asian Diet Pyramid. (Caroline)

jharden@iglide.net
I had been macrobiotic earlier in my life and brown rice was my staple. I have not been eating it so much now secondary to warnings about asbestos levels. Please advise.
Caroline-WGC
Hi JHarden -- We aren’t familiar with concerns about asbestos in brown rice, but we have done a lot of reading about arsenic showing up in rice – perhaps that’s what you’ve read about? Arsenic is present at low levels in a number of foods, including rice, but consuming a variety of whole grains (brown rice included) doesn't seem to pose a health risk. According to recent research by U.S. scientists, arsenic levels in U.S. rice are nearly 10 times lower than limits established by the Food and Drug Administration (FDA) for food. FDA limits range from 500 parts per billion (ppb) to 2,000 ppb. Arsenic is a naturally occurring element found in varying degrees in all soils and water. Where arsenic contamination has been an issue outside the United States, groundwater contamination was a significant factor. The arsenic concentrations in groundwater throughout most of the United States — including rice-producing regions — are approximately 1 microgram per liter, well under proposed U.S. EPA standards, which is an assessment based on tens of thousands of USGS samples. There is also evidence that California rice may have less arsenic than Gulf rice grown on old cotton lands. As this area becomes more well researched, we hope to learn more about this topic. In the meantime, our advice is to just mix it up and enjoy a variety of whole grains.