We sat down with Cook's Illustrated to discuss how whole grains contribute to their mission of building approachable, foolproof recipes that are confidence builders in the kitchen...

The health beneﬁts of whole grains are important — and hard to ignore. According to our 2018 Consumer Insights Survey, 84% of consumers eat whole grains in order to take advantage of these beneﬁts, which include a lowered the risk of stroke, reduced inﬂammation, and reduced cognitive decline. Whole grains’ beneﬁts, however, don’t stop at the doctor’s oﬃce. Andrea Geary, Deputy Food Editor of Cook’s Illustrated Magazine, told us that whole grains recently revealed their culinary beneifts to her, oﬀering a surprising solution to a few hard-to-crack problems experienced by home cooks. Andrea presented her ﬁndings at our conference in a session called, ‘Whole Grains: The Best Kept Culinary Secret’. Intrigued by the presentation, we took advantage of Cook’s Illustrated’s proximity to our oﬃce and got a tour around their Boston Seaport headquarters where we discussed how whole grains contribute to their mission of building approachable, foolproof recipes that are conﬁdence builders in the kitchen. 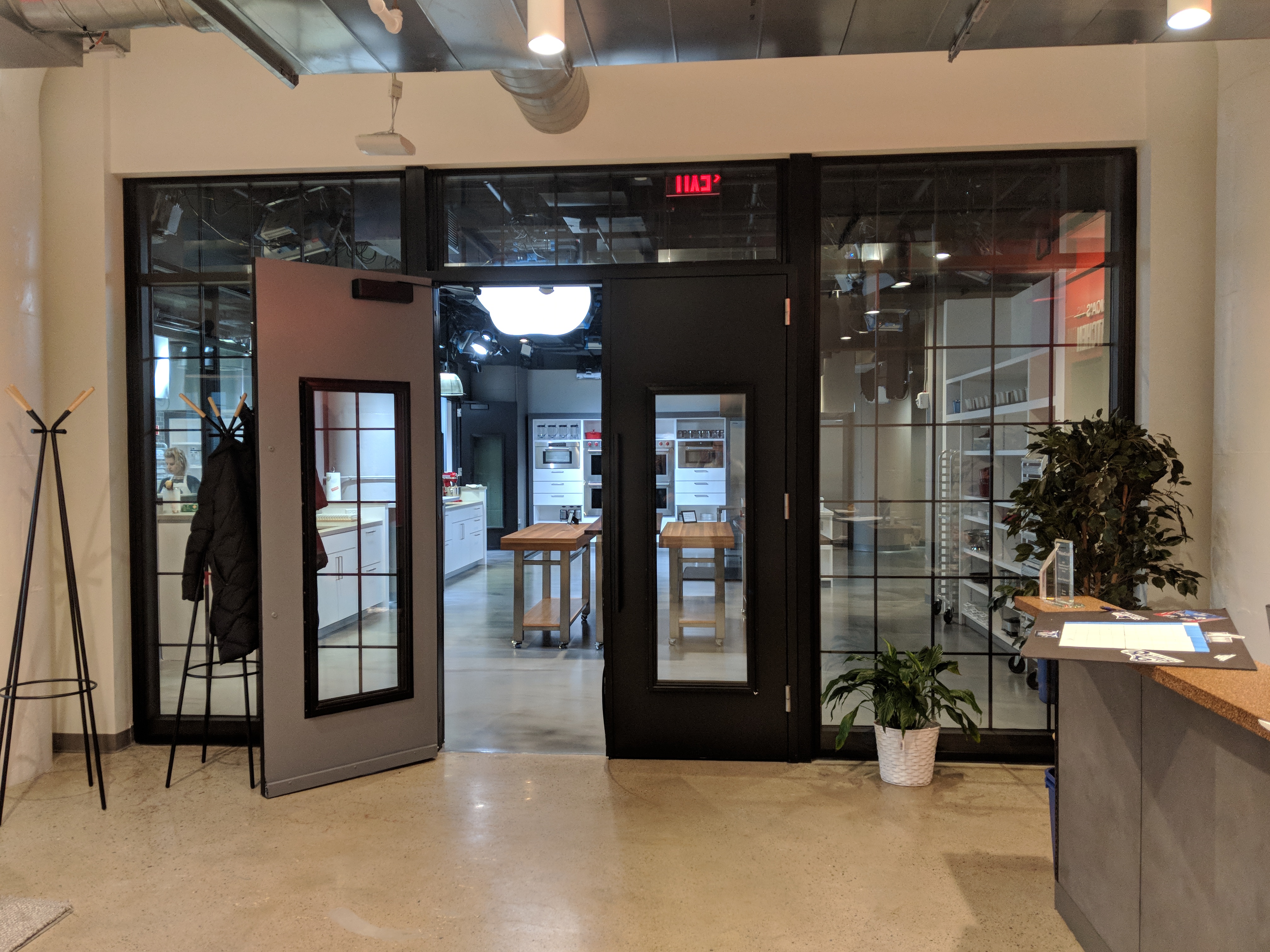 researched and tested recipes in bimonthly publications. Before a recipe can be published, the editors ask ‘why’ and ‘how’ of every ingredient, piece of equipment, and technique. Strolling by a prep room, we noticed a colleague of Andrea’s surrounded by pie dough, about to test a variety of diﬀerent blind baking methods and pie weights. At every turn there was evidence of a dedication to paring a recipe down to its essentials, and extensively testing at every turn. Walk-in refrigerators were full of ingredients, organized by tester, showcasing the scope of recipes being analyzed. All this to provide recipes that inspire conﬁdence in home cooks by taking the guesswork and uneasiness out of the kitchen. As their website points out ‘we make the mistakes so you don’t have to!’

Once a recipe is questioned, tested, tweaked, tested some more, and ﬁnally deemed ready, it is sent out to Cook’s Illustrated’s army of volunteer test cooks. A recipe has to be approved by a minimum of 80% of these volunteers before it can make it to print. With only 10 recipes per publication, each one is explained in full detail, complete with step-by-step pictures and branded ingredient suggestions. The degree to which reader input shapes Cook’s Illustrated is unparalleled in other publications. Not only do volunteer cooks get the ﬁnal say as to whether a recipe is foolproof enough to make it to print, but the content is completely consumer-driven as well. The Cook’s Illustrated audience, the home cook, is squarely placed in the driver’s seat in every step of the process.

Andrea explained that whole grains made their Cook’s Illustrated debut as part of recipe testing ﬁrst, rather than coming from reader-generated requests directly. 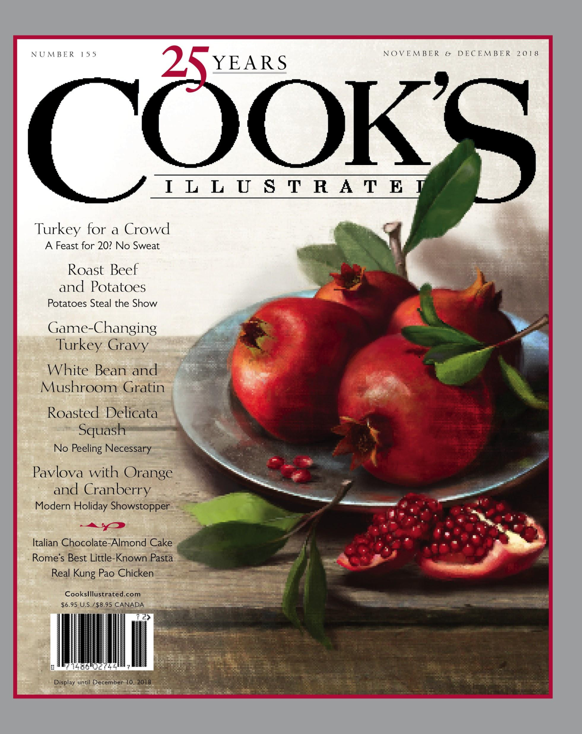 Like a true Cook’s Illustrated editor and cook, Andrea wanted to know why this was. What was keeping readers from turning to whole grains themselves? When she reached out to her constituents for answers, myths abounded. There was a fear that whole grains would not ﬁt in with the meals families knew and loved, that they were intimidating, diﬃcult to use, and took too long to cook. Not surprisingly to whole grain lovers like us, these myths were debunked in the test kitchen. Andrea’s use of whole grains in two recipes commonly made with reﬁned grains passed the volunteer recipe tester phase with ﬂying colors, proving that much of the trepidation towards using whole grains was born of unfamiliarity and disappeared as soon as readers got cooking.

The ﬁrst recipe to crack was fried rice. A takeout favorite, readers lacked the conﬁdence to create this meal at home, fearing it would not live up to its restaurant counterpart. Many automatically reach for white rice when attempting this meal, with lackluster results. Because the bran and germ are removed from white rice, the delicate endosperm that remains must rest after it is cooked, preferably overnight, allowing the reﬁned grain to toughen up before being subjected to the high heat and mixing that fried rice entails. The sturdy bran exterior of whole grain brown rice, however, not only solved this problem by allowing cooks to use the cooked rice immediately, cutting down on prep time and eliminating fear of the grains mushing or breaking, but it’s delicious nuttiness also wowed the testers. 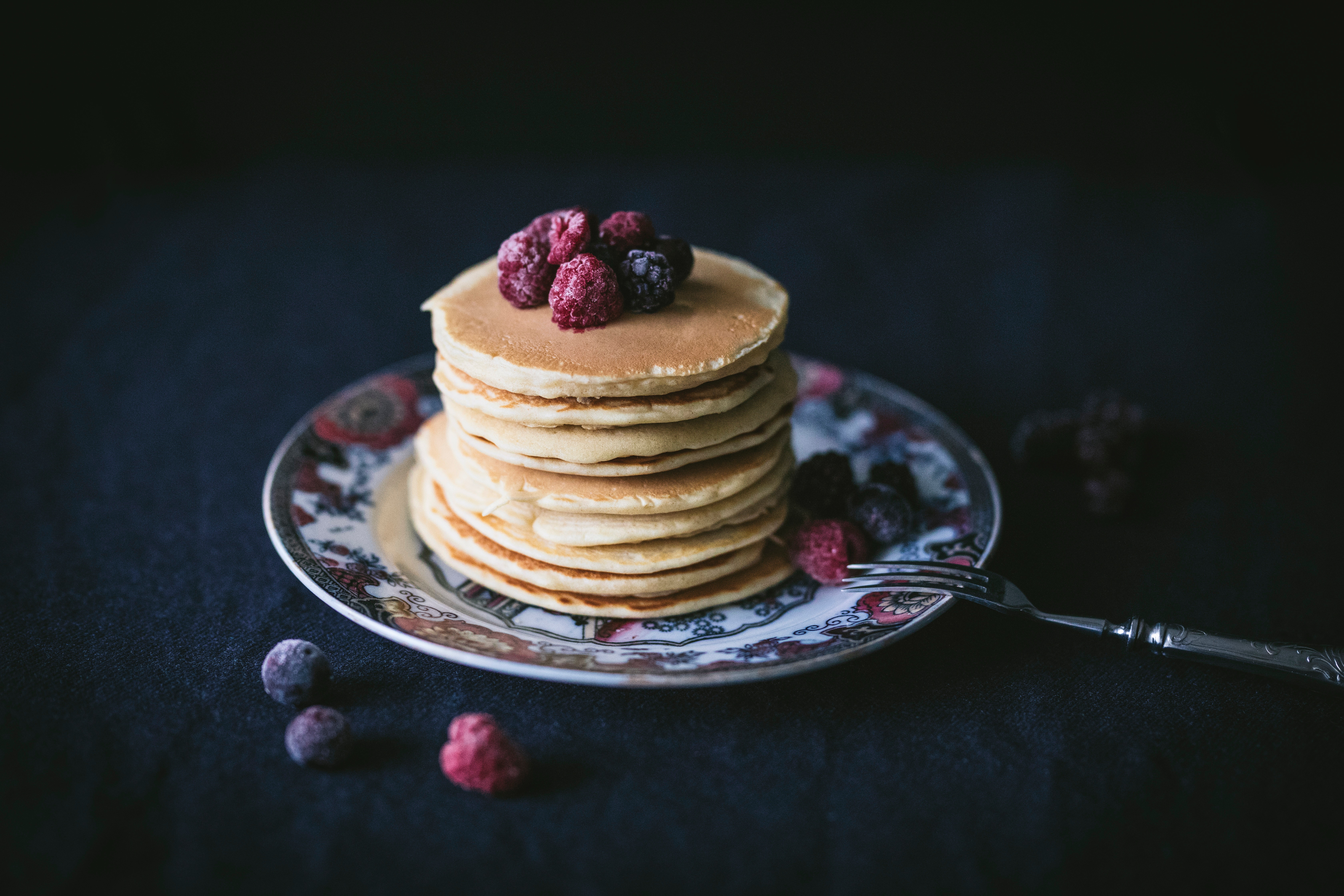 Cook’s Illustrated readers frequently request pancake recipes. If any food were to ﬁt the description of a ‘well-loved and accepted food,’ pancakes might be it. Though simple in composition, pancake batter is not easy to master. Recipes warn of over mixing for good reason. Working the batter encourages the development gluten, the protein bond that gives many baked goods their structure. Too much gluten in a pancake, however, results in a ﬂat and chewy disk devoid of a pancake’s trademark ﬂuﬃness. Because ‘over mixing’ is a subjective term, it breeds doubt in many cooks. To erase that uneasiness and guarantee ﬂuﬀy pancakes at every ﬂip, Andrea turned to whole wheat ﬂour. The bran in whole wheat ﬂour, which is sifted out of reﬁned ﬂours, cuts the gluten bonds as they develop, which means you could beat whole wheat pancake batter as much as you’d like, and still get a ﬂuﬀy result.

These recipes help to build conﬁdence in using whole grains by introducing them as a solution to problems, rather than the source of them. Cook’s Illustrated’s trademark of thorough and descriptive recipes not only ensures successfully executed meals, but imparts cooking knowledge to their readers who can take the tenants learned from a Cook’s Illustrated recipe and apply it to other cooking projects. Whole grains have opened up a world of possibilities, both for those home cooks introduced to the ease and taste of whole grains, and for those tasked with developing Cook’s Illustrated recipes – Andrea is currently working on a pie project that features whole grain ﬂours. As Andrea aptly put it “Why paint a whole house white when you have the whole pantone color wheel? “

Interested in more debunked whole grain myths? Check out our myths busted page, and our infographic on how whole grains can improve your recipes. Make sure to comment below with how whole grains help you in the kitchen!

Special thanks to Andrea Geary who so graciously showed us around the Cook’s Illustrated/America’s Test Kitchen oﬃces and shared her experiences! (Abby)