Created by Spanish researchers by combining durum wheat with a wild barley variety native to Chile and Argentina, this new crop pairs the digestibility of barley with the globally-beloved taste of wheat. 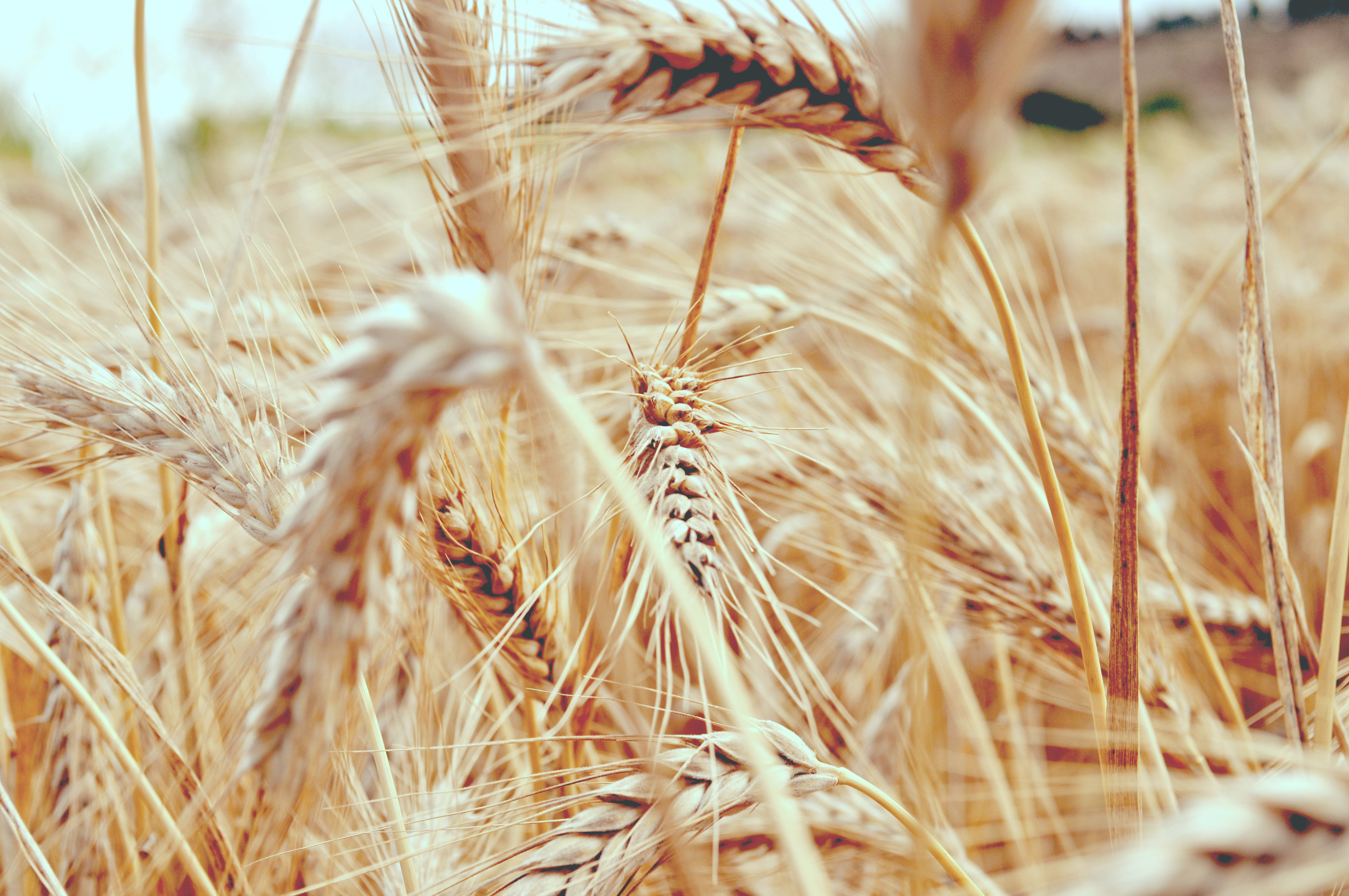 A new hybrid crop, called tritordeum, has recently started hitting European markets, and I don’t know about you, but our team of veritable “grain geeks” can’t wait to taste it. This new crop was created by Spanish researchers by combining durum wheat (Triticum durum) with a wild barley variety (Hordeum chilense) native to Chile and Argentina in an eﬀort to pair the digestibility of barley with the globally-beloved taste of wheat.

Similar to triticale—a hybrid of durum wheat and rye (Secale cereal) developed in the 1970s—tritordeum has been hybridized using traditional breeding techniques and has not been genetically modiﬁed. Like wheat, tritordeum is well-suited to growing conditions in the Mediterranean region and is currently being grown both organically and conventionally in Spain, Italy, Greece, and the South of France. It’s now available on grocery shelves in at least 10 European countries and Australia, and the company commercializing it hopes its availability will continue to grow as more consumers and manufacturers become aware of it. We’ll keep you updated as this new grain (hopefully) makes its way to US markets!

We often tout the beneﬁts of whole grains for sustainability and environmental health, and the recent 2019 EAT-Lancet Report emphasizes the important role that whole grains will play in healthy and sustainable diets moving forward. So, we were excited to learn that tritordeum is being recognized for many of its agricultural advantages. In particular, this new crop has lower water requirements and a reduced need for fungicides and fertilizers compared with common wheat varieties, making it a very attractive addition to the agricultural landscape as global concerns about climate change reach an all-time high.

Dr. Pilar Barceló, managing director of Agrasys, the company commercializing tritordeum, described tritordeum as, “a robust cereal, adapted to the inclemency of climate change,” when speaking at the 11thEuropean edition of the Sustainable Food Summit in Amsterdam. “It stands up well to drought, high temperatures and ﬂooding. The fact that Tritordeum makes eﬃcient use of water and has good resistance to diseases, reducing pesticide usage, makes it a more sustainable cereal with reduced environmental impact.” 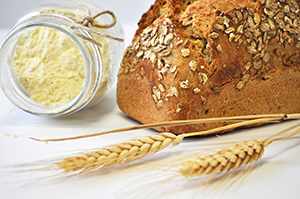 Adding to the Nutritional Variety of the Whole Grain Family

One of the wonderful things about whole grains is that each one oﬀers a little something diﬀerent when it comes to its nutrient content. This is why it’s good to eat a wide variety of whole grains, just as you would vegetables! When it comes to identifying what makes tritordeum unique, there are a few things that stand out. Firstly, it’s particularly high in oleic acid, a monounsaturated fatty acid associated with beneﬁts for cardiovascular health, and lutein, and antioxidant that reduces the risk of eye diseases and gives the grain its buttery golden-yellow color. It also claims about 30% more dietary ﬁber than common wheat.

Additionally, it appears that tritordeum may have characteristics that could make it a little easier to digest than common wheat for people who experience non-celiac gluten sensitivity, though more research is needed. (It’s important to note that tritordeum does contain gluten, making it unsuitable for those who suﬀer from celiac disease). Tritordeum includes genetic characteristics from both durum wheat and barley, and has inherited reduced levels of some gliadin peptides, which are thought to be the gluten components responsible for gluten intolerance, a condition which aﬀects a small portion of the population. Researchers studying the gluten components of tritordeum concluded that, “tritordeum may be of interest for those who want to reduce their gluten intake but do not require a gluten-free diet.”

We’re eager to see the availability of tritordeum increase as it makes its way into the broader food supply. In the meantime, we encourage you to write and tell us if you get a chance to try tritordeum in your travels! (Caroline) 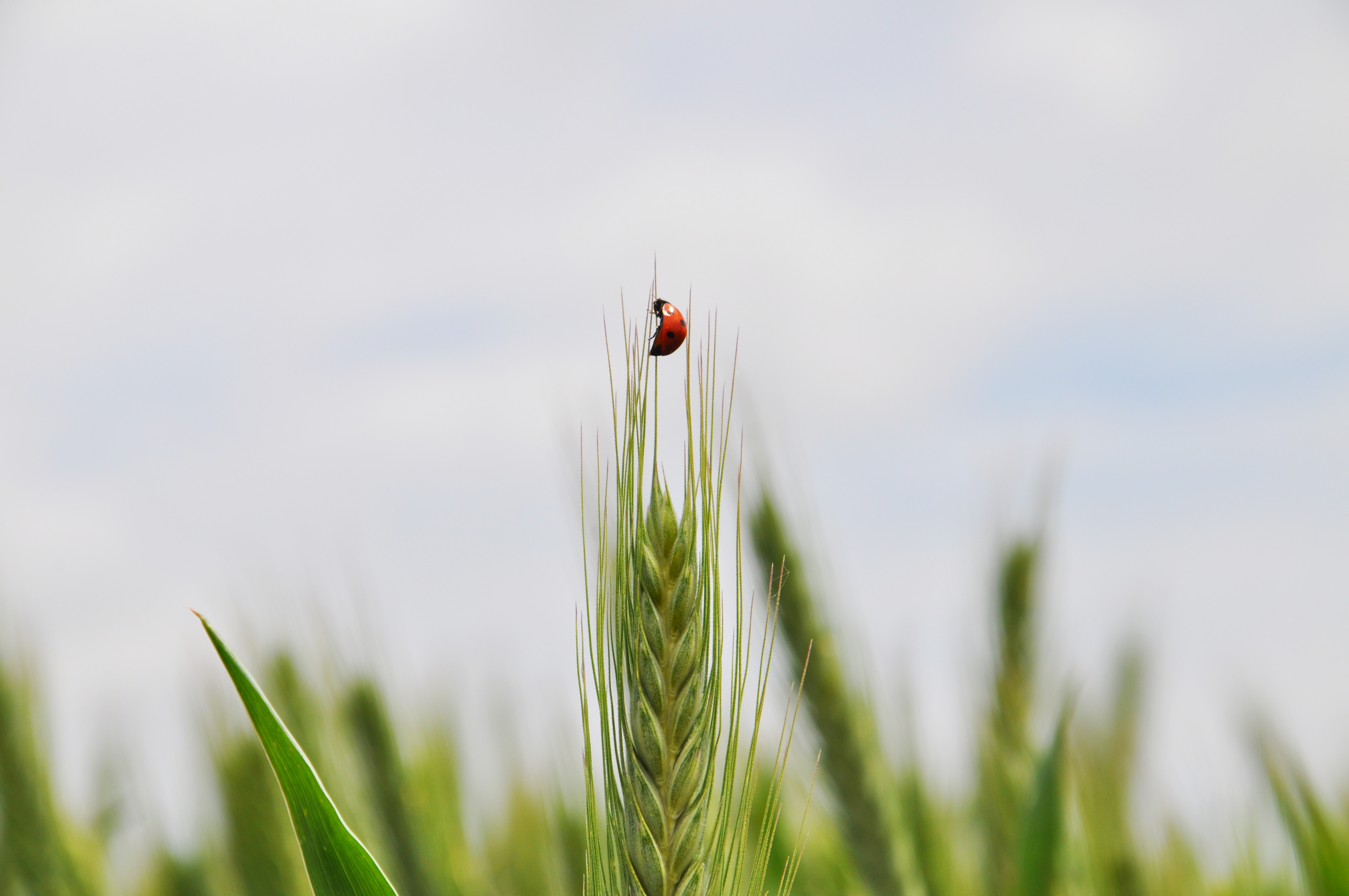 Alan F.
Hi Caroline, I'm a USA based home baker. I first read about Tritordeum last year and was fortunate to come across it in travels to Europe. First a 500g bag in Trieste and then, months later, a few kilos during my stay in Barcelona. As it is not yet available in North America, as far as I know, it was satisfying to locate it when I did. I've been "experimenting" with the grain, both the very fine version which is similar to semola rimacinata, as well as the type that seems similar to our whole wheat flour. In both cases, I've been impressed by the workability of the dough and the resultant flavor of the bread. I concentrate on baking baguettes and the dough is quite adaptable to the shaping, as well as the very few batards I've also made with it. Similar to semolina, the bread will open modestly in the crumb, but not as much as with a white flour dough. However, the flavor is sweet and there is much to be admired in the lovely yellow-tinged color of the finished bread.. I still have a lot more "experimenting" to do, and I think that this would be a great flour in combination with a white flour to attempt ciabatta. alan
Caroline-WGC
Hi Alan -- How lucky that you've had the opportunity to get your hands on some of the flour! Your description of its flavor and functionality is wonderful. We are really looking forward to seeing its popularity grow. Happy baking!
Catherine A Corona
Can you tell me where to buy seeds? I would love to grow it at my farm.
Caroline-WGC
Hi Catherine -- I don't know that the seeds are available outside Spain yet, but I would suggest reaching out to Agrasys, the company commercializing it in Europe, to get more information.
Rick Aznoe
Hello Caroline, I am a farmer in north central Montana. I have been searching for grains that can be digested more easily than most of the wheat varieties that grow in our area. My wife is gluten sensitive, and we know many other individuals similarly challenged. Tritordeum definitely sounds promising. I would love to obtain even a small package of seed for increase, and even eventually be able to offer seed to other organic growers. I am having problems communicating with Agrasys, I don't know if you can help me or not, but I thought I would inquire since the last post here is almost a year old. Thank you, Rick
kelly-oldways
Hi Rick, Hmmmmm.... The only other company we are aware of that is commercializing tritordeum products is Molina Zappala, an Italian company. However, they appear to sell the flour -- not the seeds. Perhaps an agricultural department at a local university may be able to help you? The Artisan Grains Collaborative may also know of some resources. Best of luck in your search!