America was rapidly changing in the mid-19th and 20th centuries, and a trip down memory lane reveals some surprising influencers, who not only impacted what people ate then, but continue to influence what people eat today.

According to a NCHS brief released this month, whole grain intake as part of total grain consumption is slowly but steadily increasing among adults aged 20 and older in the United States. Though we still have work to do to get closer to making half of our grains whole and meeting the Dietary Guidelines recommendations, this is heartening news. Keep up the whole grain choices! As scientiﬁc understanding of the health beneﬁts of whole grains has increased, more people have begun seeking whole grain products. In fact, 86% of respondents to our 2018 survey indicated health as a main driver in choosing whole grains. Companies are responding to mounting scientiﬁc evidence and consumer demand as well. To date, nearly 13,000 products have been registered to carry the Whole Grain Stamp, which requires products contain a minimum of half a serving of whole grains (8g) per labeled serving in order to qualify!

The eating patterns of past generations were equally inﬂuenced by advancements in knowledge. America was rapidly changing in the mid-19th and 20th centuries, and a trip down memory lane reveals some surprising inﬂuencers, who not only impacted what people ate then, but continue to inﬂuence what people eat today. 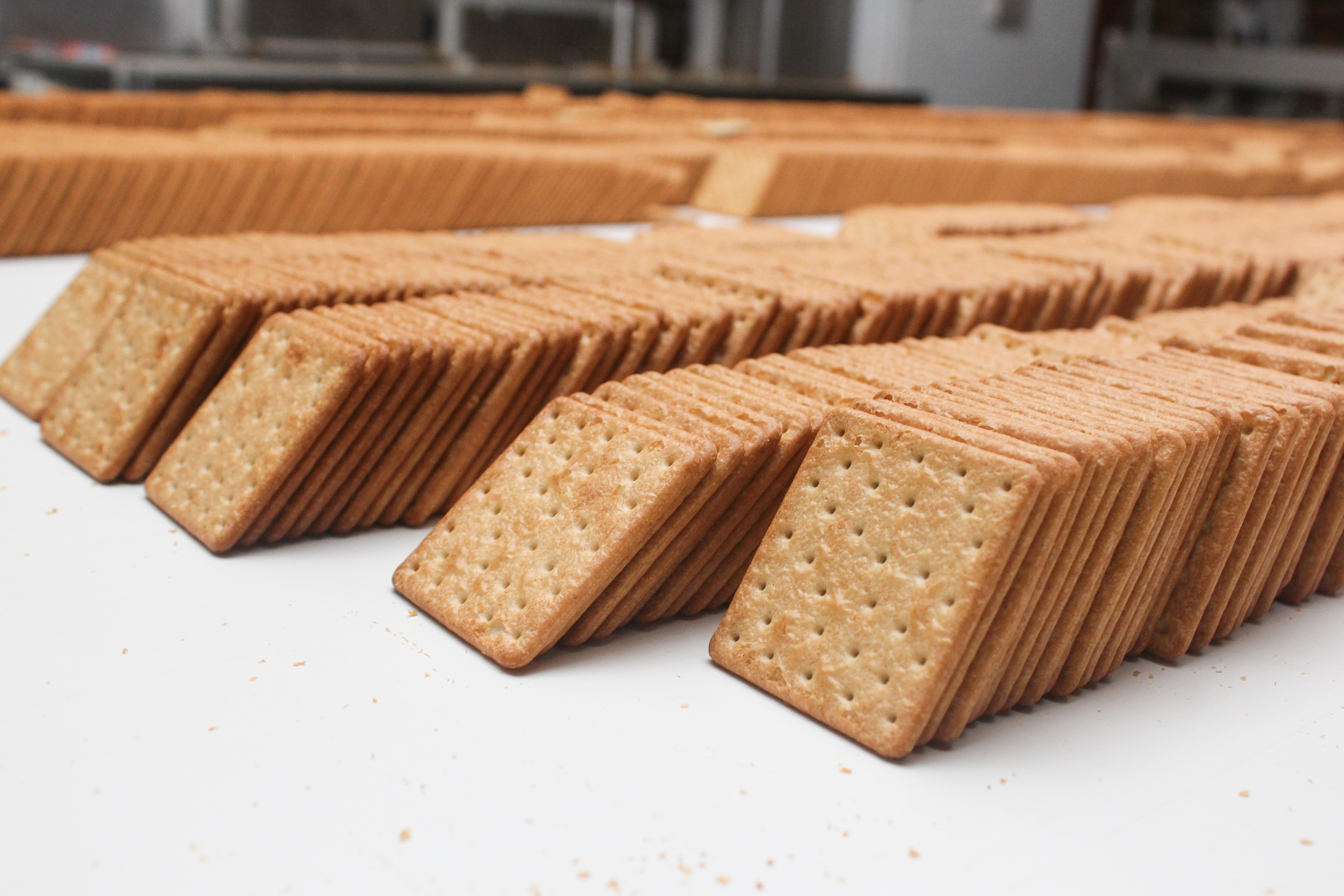 19th Century Nutrition
Nutrition science was still very young in 19th century America. Though the idea that food choice had an impact on health was largely accepted, the speciﬁcs of how and why this was true were a matter of speculation. Meat, thought to be more easily digested than vegetables, was often prescribed for ailments along with healthy doses of wine. One man saw a diﬀerent, plant-based path to health. Sylvester Graham’s thoughts on nutrition were largely inﬂuenced by his observations on the impact the increasingly industrialized and urban world had on health. He believed, and promoted, avoidance of all “stimulating” foods and habits and encouraged eating food as close to its natural state as possible. He was an early proponent of a vegetarian diet, and his teachings highlighted the importance of whole grain consumption. Though considered one of the founders of vegetarianism in America, he is perhaps even better known for his whole grain advocacy.

Graham proselytized grinding grain at home, creating a minimally-processed ﬂour for baking. When Graham’s popularity skyrocketed in the mid-1800s, many shop owners started selling products using coarsely-ground whole grain ﬂour marketed with his name—graham ﬂour, graham bread, and a bit later, the graham cracker. Advancements in the milling process in the late 20th century drastically changed ﬂour production, and what was once ground either at home or by huge stones at the local grist mill was now being crushed in factories by huge porcelain and cast-iron rollers. This roller technology, invented in Hungary in the early 19th century, enabled more of the grain’s endosperm to be extracted from its bran and germ, making the milling process more eﬃcient and the reﬁning process more eﬀective. Reﬁned ﬂour had historically been more expensive, and therefore desirable, due to the extra labor involved in sifting, but now roller mills made this sought-after reﬁned ﬂour cheap and accessible. Despite the boom of reﬁned grain products that followed, Graham’s ideas about the importance of whole grains remained in circulation and continued to inﬂuence the next generation of Americans. 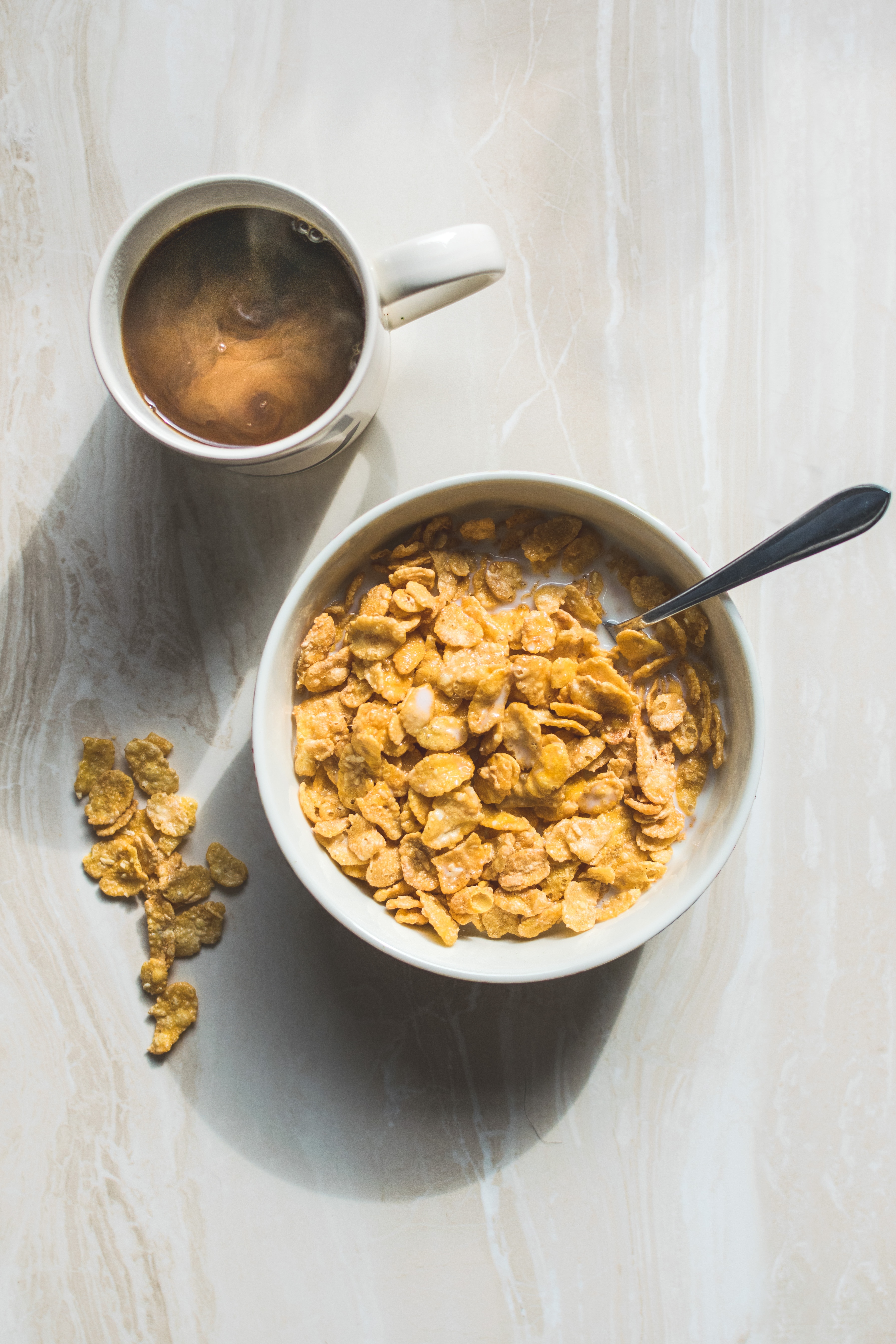 Modern Impact
John Kellogg, inﬂuenced by Graham’s teachings, created his own health and wellness sanatorium in the late 19th and early 20th century. His method was based around the promotion of health through diet, for which whole grains played an important role. He is perhaps best-known for inventing the corn ﬂake, originally served as a health food at his sanatorium. The resulting rave reviews helped launch the popularization of the breakfast cereal. Charles Post, a patient in Kellogg’s sanatorium and a believer in his methods, soon became his competitor and created his own cereals made with the whole grain ﬂour Graham so strongly believed in.

The health sciences have come far since the 19th and 20th centuries, but the ideas and technology from that era still live on in our current food culture. Roller milling is still used, now eﬃciently processing both whole and reﬁned grains. Kellogg Company and Post Consumer Brands continue to produce breakfast cereals, including many that carry the Whole Grain Stamp. Graham ﬂour, to this day, is deﬁned by the USDA as a coarsely-ground whole grain wheat ﬂour. While graham ﬂour is deﬁned as a whole grain, graham crackers are not, so make sure you check for the Whole Grain Stamp on your favorite ﬁreside snack, or in an homage to Graham himself, make your own! Have a favorite historic food inﬂuencer? Share with us below! (Abby)