Examples of nutrient proﬁling systems used around the world.

We all choose the foods we eat for a wide variety of reasons – our familiarity with the food, our comfort level with preparing the food, our perceptions about how it will taste and nourish us, our particular preferences and the restrictions we may have due to health conditions or allergies. We also choose food within a context where certain rules and regulations exist to provide transparency to us as consumers, and sometimes, to nudge us toward healthier choices. For instance, in the US, all food packages must display accurate Nutrition Facts Labels and Ingredients Lists, and health claims made on packaging are tightly regulated.

In recent years there has been a strong global trend toward the use of nutrient proﬁling systems that call out some of a product’s nutritional attributes on the front of the package or use an algorithm to classify a product as belonging to a healthy or unhealthy category of foods. When these systems work well, they can help guide shoppers toward products that contribute to an overall diet that is more closely aligned with dietary guidelines recommendations – a diet that limits total calories, saturated fat, added sugar, and sodium, while encouraging increased intake of foods like fruits, vegetables, whole grains, pulses, and nuts. However, not all nutrient proﬁling systems are created equal and many of them overlook whole grains entirely, despite the fact that whole grains are very well-recognized for their health beneﬁts and are featured in most dietary guidance around the world.

One example of a nutrient proﬁling system that falls short of its potential is the “stop sign” warning label system used in Mexico, Argentina, and Chile, which only draws attention to nutrients to be limited (sugar, saturated fat, calories, etc.). These warning labels don’t give consumers the full picture. Foods are not just good or bad and it is just as important for consumers to understand the beneﬁcial contributions that a product makes to their overall diet as it is to warn them of the more negative attributes of that product. 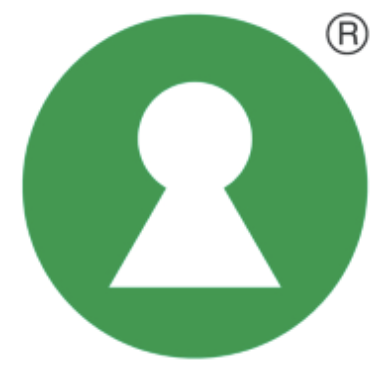 Perhaps the gold standard when it comes to front-of-pack labeling is the Nordic Keyhole Symbol. The Keyhole was ﬁrst introduced in Sweden in 1989 and originally included criteria for ﬁber, but not for whole grain. In 2009, it was decided that given the signiﬁcant evidence for the value of whole grains in the diet, including the associations between increased whole grain intake and reduced risk of cardiovascular disease, stroke, type-2 diabetes, and obesity, that whole grains should be added as a criterion of their own in order to encourage higher rates of consumption.

A 2015 Swedish Food Agency study on the impact of the Keyhole on nutrient intake showed some really staggering results for whole grain intake. Consumption rose 754% after introducing whole grain as one of the criteria for displaying the Keyhole symbol on product packaging. Breads carrying the Keyhole symbol must be at least 30% whole grain and breakfast cereals must be at least 55% whole grain, with other requirements set by food category. These are not diﬃcult levels for manufacturers to achieve, and it’s clear the signiﬁcant impact they make in consumer diets.

These data indicate just how much potential there is for improving public health by incorporating whole grains into more nutritional proﬁling systems. It also shows that foods need not be 100% whole grain in order to contribute signiﬁcant amounts of whole grain to the overall diet. Products that meet the standards for the Whole Grains Council’s Basic and 50%+ Stamps have an important role to play alongside those that qualify for the 100% Stamp.

Nutri-Score labeling is a scheme that is currently in use in several EU countries and is being considered in the European Parliament for EU-wide adoption. Unfortunately, whole grain content is not currently included in the Nutri-Score algorithm. This means that the labeling system makes no distinction between a white sandwich bread and a whole wheat sandwich bread, which leaves the potential for consumer confusion about the beneﬁts of choosing whole grain foods and leaves manufacturers with very little incentive to include more whole grain in their products.

The introduction of whole grains into the Nordic Keyhole algorithm proved that front-of-pack labeling can be a great tool for encouraging whole grain intake among consumers, which is why it’s so important that we make sure whole grains are included in these labeling schemes right alongside fruits, vegetables, and all the other beneﬁcial components of our food. As the US considers its own front-of-pack healthy symbol and which foods might qualify for this label, it is especially important that whole grains are included as part of the algorithm. (Caroline)