Kernza® (a relative of wheat) is not the only perennial grain in town. New research shows that perennial rice is ready for commercialization, while efforts to perennialize sorghum hold promise. 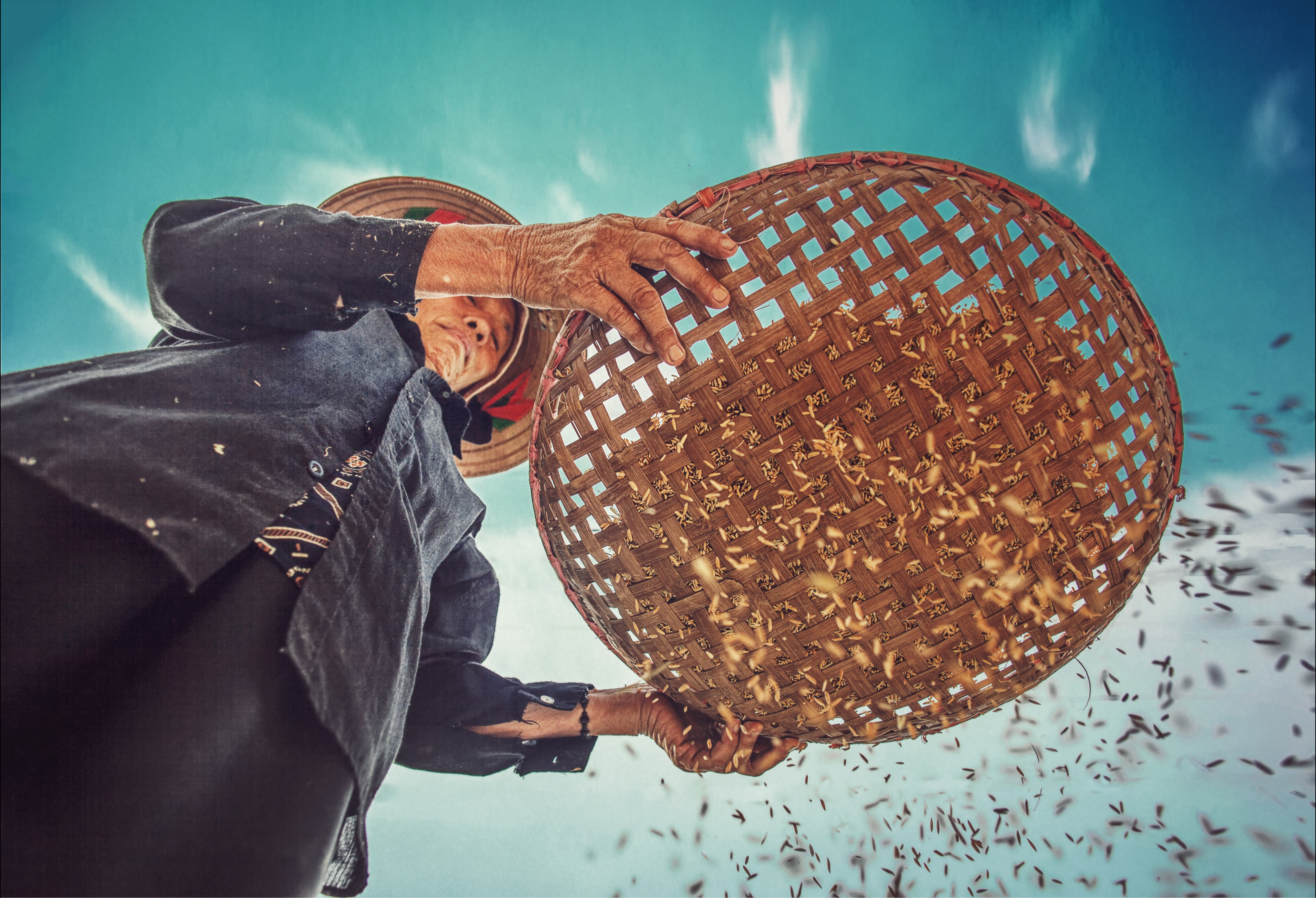 Most of the food we eat comes from annual plants, which are replanted from scratch each and every year. With such a short period to establish an underground root network, these thirsty crops rely on irrigation and herbicides to survive.

The Land Institute, a Kansas-based nonproﬁt, aims to change this approach by igniting a global movement for perennial agriculture. Unlike annuals, perennial crops are planted once and then reharvested season after season. This helps the plant develop a stronger, more robust root network which can help support healthier soils and potentially be more drought-resistant in the face of an unpredictable climate. Additionally, a move from annuals to perennials would ease the burden of the farmers working hard to grow our food, since they would not be replanting each and every year.

Thus far, three staple grains are showing promise in their journey toward perennialization. Today, we’re updating you on where things stand with perennial wheat, rice, and sorghum.

Kernza®, a perennial wheatgrass crop that is the cousin of annual wheat, has been the biggest success story in the perennial grain journey to date. Kernza® is commercially available in products from Cascadian Farm and Patagonia Provisions, as well as in products from other sustainably-minded food purveyors. Today, it is still only grown on approximately 4,000 acres around the world. Breeders are continuing to work on optimizing the crop to improve yields and oﬀer more diverse varieties suited for diﬀerent end uses, as well as creating perennial versions of annual wheat (not just wheatgrass). As consumer interest in sustainability increases, we expect to see adoption of Kernza® continue to grow.

Rice is the most important staple food for more than half of the people around the world, especially in Asia. It is typically planted once each year, then ratooned (or cut back) to squeeze in a second, weaker growing season during the year, which requires a substantial amount of physical labor and resources. Over the past two decades, crop scientists at The Land Institute have been conducting ﬁeld tests using traditional breeding methods (interspeciﬁc hybridization, not genetic modiﬁcation) to see if they could develop a perennial rice that wouldn’t need to be replanted so often and could potentially oﬀer environmental beneﬁts as well.

In a November 2022 article in Nature Sustainability, researchers conﬁrmed that “after more than 20 years of eﬀort, the cultivation of [perennial rice] has become a reality,” and that this perennial rice “has received certiﬁcation for commercialization due to the multifaceted beneﬁts it brings.” This rice can be harvested over 8 growing seasons (4 consecutive years) with comparable yields to conventional rice. The savings of both time and labor is rapidly gaining favor among local farmers. In 2021 alone, perennial rice was grown on more than 15,500 hectares in Southern China. It remains to be seen when and where perennial rice will show up on the retail market, but we can imagine that it won’t be long now.

Sorghum is an ancient grain with a rich history in the cuisines of Africa. As an annual crop, it is typically planted and harvested once per year, meaning that eﬀorts to perennialize sorghum could have a substantial impact on growers. Under the direction of the Land Institute, development of perennial sorghum has been underway for years throughout Kansas, Texas, and Georgia in the US, as well as in Uganda, Mali, China, Indonesia, and Italy. The project shows promise, but because it is not quite as far along as perennial rice or wheat, it is not yet ready to commercialize. In a 2018 update published in Sustainability, project leaders conﬁrmed that “breeding will continue, aimed at simultaneously increasing the frequencies of gene complexes conferring perenniality and those conferring high productivity and improved human-food quality.”

Even grown annually, whole grains are already some of the most sustainable foods available. With more and more perennial options on the horizon, whole grains are poised to become an even more important part of an environmentally-friendly diet. (Kelly)