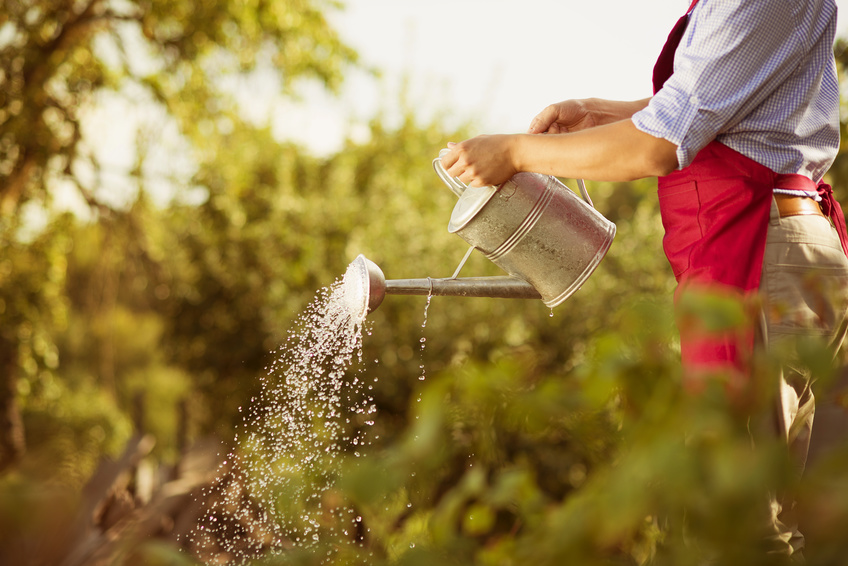 One of the most memorable ﬁndings of the New York Times’ May exposé on the California drought is that almonds require nearly a gallon of water to produce just one little nut. But dig a little deeper into water usage throughout the food system, and you may be surprised to learn that almonds are hardly the thirstiest crops out there.

In general, animal foods, such as meat and dairy, are much more resource dependent than plant foods, since you have to feed the animal before it can feed you. Here’s how some of the most popular animal foods stack up:

In comparison, 2 slices of bread use only 6.4 gallons of water, and 2 oz rice uses 15.1 gallons. Put another way, research shows that beef production uses 2.7 gallons (10.19 liters) of water to produce just 1 calorie of food, compared to about a half gallon per calorie of fruits, ⅓ gallon per calorie of vegetables, and ⅛ gallon – about two cups of water – per calorie of grains. This means that grains can provide the most food calories using the least amount of water, an important asset in times of drought and unsteady resources.

Many of the driest regions in the world, such as sub-Saharan Africa, depend on hardy grain crops like millet when water is limited. After all, grains have been at the core of traditional diets for millennia, including periods of extreme drought.

If you’d like to reduce your contribution to the California drought, let hardy whole grains be the foundation of your meals, and limit meat and dairy products to be ﬂavorful garnishes, rather than making them the star of the recipe. Raising animals for meat production requires a substantial amount of land and water, which is why plant-centric diets (in which meats, cheeses, and yogurts play only a supporting role) are best able to conserve resources like water. Fruits and vegetables, while very nutritious, aren’t as energy dense as grains and are harder to grow, transport, and store for year-round enjoyment. So to make up the necessary calories in fruits and vegetables, much more food would have to be grown, and much more water would have to be used.

Not surprisingly, whole grains are less wasteful and more sustainable than reﬁned grains, since you’re not discarding the bran or germ. According to the Kansas wheat commission, 1 bushel of wheat yields 42 pounds of reﬁned ﬂour which makes 42 (24 oz) loaves of white bread. That same bushel of wheat yields 60 pounds of whole wheat ﬂour, making 60 loaves (24 oz) of whole wheat bread.

While grains generally don’t require as much water as other crops, many “ancient” and heirloom whole grains are often more tolerant of extreme weather patterns than their commodity counterparts. For example, proso millet (the main type of millet sold in the U.S.) has the lowest water requirement of any grain crop, and pearl millet (more common in Africa and Asia) is most able to tolerate extremes of heat and drought. Similarly, teﬀ, an Ethiopian whole grain, thrives in drought.

Shifting diets away from grains and towards more energy intensive foods puts an irresponsible burden on our planet’s precious resources. Let’s continue the tradition of many resource-challenged communities before us, and let tasty and tenacious whole grains be the cornerstone of our meals. Plant-centric diets with whole grains are the best way to reduce our water footprint, and I couldn’t imagine a more scrumptious solution! (Kelly)

Emily Steiner
I have switched to a plant-based diet. It's going well. Just requires preparation and recipes until it is a habit.