Whole Grains Are the Winning Ingredient at America’s Test Kitchen

America’s Test Kitchen is the utmost authority on foolproof recipes, so once I got wind that they have been experimenting with whole grains, I knew I had to take a closer look. 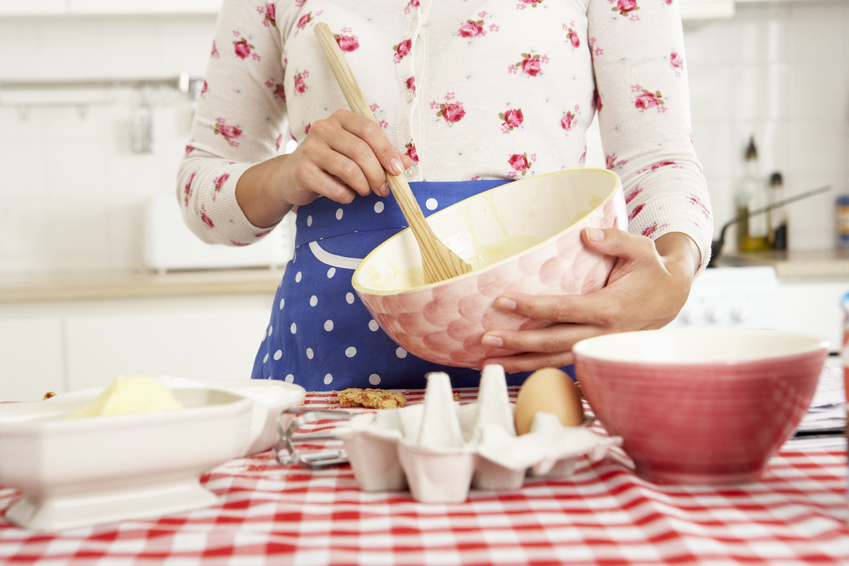 America’s Test Kitchen is the utmost authority on foolproof recipes, so once I got wind that they have been experimenting with whole grains, I knew I had to take a closer look.

“In many ways, whole grains are so much easier to deal with. They’re less fussy,” explained test cook Andrea Geary, as she ushered me around the expansive, 2,500 square foot test kitchen. Because whole grains come encased in their own little armor (the bran), they better withstand the range of climates (and kitchen mishaps) that cooks throw at them, be it inattention at the stovetop, or a heavy hand with the whisk. Additionally, these versatile little kernels perform beautifully when cooked in big batches at the beginning of the week, and are then repurposed into a multitude of diﬀerent recipes. Geary admits that, “you can’t really do that with other starches,” because whole grains are “both heartier and hardier” than their reﬁned counterparts.

To the delight of busy families, these test cooks have perfected the art of simple yet speedy grain cooking. One method that Geary swears by is the “pasta method,” where uncooked whole grains are placed in a large pot of boiling water, boiled until tender, then drained of their excess liquid. This process, which isn’t possible with more delicate reﬁned grains, signiﬁcantly speeds up cooking (taking brown rice from 60 minutes to 35), and also works for other grains, such as farro. When it comes to steel cut oats, Geary shares another shortcut: Bring water and oats to a boil, then turn oﬀ the heat and let the oats soak overnight. In the morning, return the oats to a boil, and they’ll soften much quicker. This approach is similar to the “two-step” cooking method popularized in Maria Speck’s latest cookbook, Simply Ancient Grains.

From a culinary science perspective, there are many instances in which whole grains can improve the taste, texture, and success of a recipe. For example, by making fried rice with brown rice, Geary was able to cut the oil in half (since brown rice doesn’t clump together as much) and use the pasta method of quick cooking (since sturdy whole grains can withstand the rapid boil). What’s more, she didn’t have to wait for the rice to chill and harden (since brown rice is drier). “There are so many advantages to using a whole grain there,” Geary describes.

Baking is another frontier where whole grains can actually create a lighter, more tender product. “In something like a muﬃn or a pancake you’re warned not to over mix,” explains Geary. This is because mixing the dough develops its gluten, and too much gluten can keep the air bubbles in goods leavened with baking soda or baking powder from expanding, thwarting their rise. In whole wheat ﬂour, the bran and germ cut through the elastic gluten strands, allowing the pancakes to expand to their ﬂuﬃest selves. This means “you can just stir it,” without fear that you’ve ruined the recipe. Indeed, using whole wheat ﬂour in quick breads, pancakes, scones, and other baking powder or baking soda leavened goods is a huge relief for bakers of all levels.

Unlike reﬁned grains and ﬂours, which simply disappear into the background, whole grains and ﬂours actually have a ﬂavor, and a decadent one at that. “I think people who think they don’t like the ﬂavor of whole wheat don’t like rancid whole wheat,” muses Geary. “Whole wheat ﬂour would be more popular if people understood the importance of storing it properly.”

For the best results, whole wheat ﬂour should be freshly milled or purchased from a store with high turnover (rather than having sat on shelves for months), and should be stored in the refrigerator or freezer for a longer lifespan, and should be discarded after a few months. This “makes a world of diﬀerence,” according to test cook Andrea Geary, as fresh whole wheat ﬂour is “really nutty, it has that buttery ﬂavor, and it doesn’t have that edge.” (Kelly)

Coming in next week’s blog: Milling your own fresh whole grain ﬂour.