Whole Grain Value: 2 to 3 Times More of Most Nutrients

If fiber's all you think whole grains have to offer, you've got another think coming. The good things in whole grains go way beyond fiber...

Here at Oldways we ﬁrmly believe that eating well should be an enjoyable activity, not a math test. That’s why we don’t talk a lot about getting so many milligrams of this or that in every meal – and why we’d always rather talk about what foods are best to eat, rather than what nutrients. When you ﬁll your plate with an appetizing variety of real, whole foods, the nutrients pretty much take care of themselves.

Once in a while, though, the compulsion overtakes us, and we just have to slip in a little nutrient-speak to remind everyone of why real foods – in this case, whole grains – are the way to go.

You’re probably aware in a vague sort of way that whole grains are supposed to be healthier than reﬁned grains or enriched grains. “Sure, there’s a little bit of diﬀerence,” I can hear you saying, “but it’s no big deal.” Well, we’re here to tell you it is a big deal: reﬁned grains are missing half to two-thirds and sometimes even more of many, many key nutrients – and enriched grains generally only add back ﬁve of those missing nutrients.

The illustration above shows the diﬀerence between whole wheat, reﬁned wheat, and enriched wheat, for example. Growing in the ﬁeld (or ground into whole wheat ﬂour) the wheat kernel has 100% of its original nutrients, as shown by the dark gold bars. If it’s reﬁned at the mill, its bran and germ are removed, leaving only 7% of its original Vitamin E, 17% of its original ﬁber, and so on, as shown by the light gold bars. “Enriching” the reﬁned grain tosses in a large synthetic vitamin pill, adding back iron and four vitamins, none in their original amounts.

Okay, but why should we care? What do any of these 18 nutrients (or the scores of others not even listed above) matter to our bodies? We talked about protein a few weeks ago. Today, let’s look at three more to get an idea: magnesium, selenium, and ﬁber. 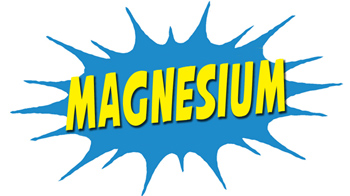 Magnesium is a mineral that your body uses in more than 300 diﬀerent processes, including blood pressure regulation, blood sugar control, and muscle and nerve function. Amaranth, buckwheat, oats, quinoa, sorghum, teﬀ and wild rice are all excellent sources of magnesium (supplying 20% or more of your daily needs), while all the other whole grains commonly eaten in our food supply – barley, cornmeal, millet, brown rice, rye, and wheat – are a good source of magnesium (supplying 10% or more of daily needs). Grab those whole grains, to reduce your risk of muscle cramps, diabetes, and high blood pressure. (See consumer and health professional fact sheets on magnesium.) 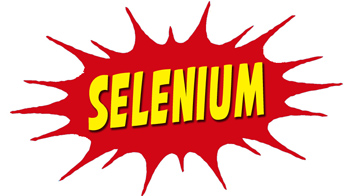 Another mineral much higher in whole grains than in reﬁned grains is selenium, which is essential to DNA repair and to your immune system, and has antioxidant properties. A serving of wheatberries (about ¾ cup cooked) oﬀers more than half your daily need for selenium; barley and oats are an excellent source; and amaranth, cornmeal, brown rice, rye and sorghum are all good sources of selenium. Studies show that people with the highest selenium intake have a 31% lower cancer risk, especially bladder and prostate cancer. (See consumer and health professional fact sheets on selenium.) 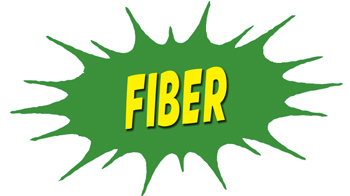 Dietary ﬁber is perhaps better known as a key advantage of whole grains over reﬁned grains – and most people know it helps with, um, regularity. There’s more to ﬁber than that, however. Fiber helps you feel full faster, helping you control your weight, and it helps digestion. Getting plenty of ﬁber in your diet helps to feed the good bacteria in your gut, which recent research indicates may be key to supporting all-around good health. Reﬁning grains removes around 75% of the ﬁber (depending on the grain) – and enriching doesn’t add any back in.

We’ll stop here, rather than run through every nutrient on the chart earlier in this blog. We’re betting that you get the idea. Whole grains oﬀer much greater amounts of a wide array of nutrients (even beyond the 18 shown here) and they oﬀer those nutrients in the original proportions our bodies evolved to expect.

So next time you’re at the store and you hesitate because the whole grain choice costs a few pennies more than its reﬁned- or enriched-grain equivalent, remember that you’re getting two to three times more of many nutrients – plus a lot more ﬂavor – for those extra pennies, making whole grains a better value all around.

Jon Jew
This is tremendous information regarding my ever present desire to get the message out on fiber. I feel it is the basic foundation for better health in every body. For better health, you have to have fiber (is there no limit? The more, the better . . . until you reach a point?)