Ancient Grains on the Rise

Since the quinoa craze around a decade ago, the question has been thrown around — which ancient grain will rocket to stardom next? 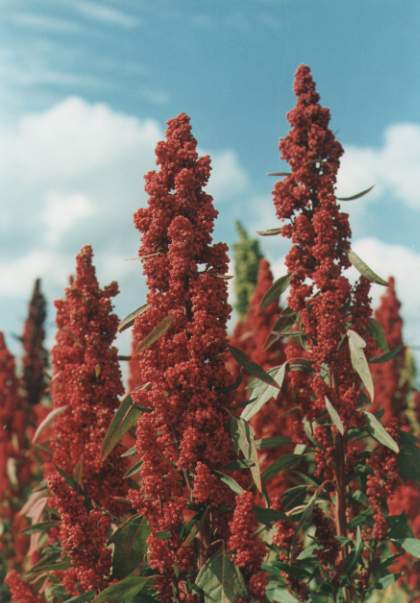 Since the quinoa craze around a decade ago, the question has been thrown around — which ancient grain will rocket to stardom next?

The answer may as well be – all of them. Just recently, we learned 2023 was declared The International Year of Millet by the United Nations, a recent Washington Post article highlights teﬀ’s growing popularity both with farmers and consumers, and fonio is the bright young star waiting to take the market by storm. The term ‘ancient grain’ is seen more and more on grocery store shelves, in products focusing both on a single ancient grain or a delectable mix. Ancient grains are found in chips and granolas, pastas and heat-and-eat items. Even ancient grains that in the past were associated with a speciﬁc culture or heritage diet are breaking out of their molds, and ﬁnding their way into more ‘mainstream’ retail items.

Generally, heirloom and ancient grains are deﬁned as crops that have been largely unchanged over the last several hundred years. Many of these crops have been mostly unknown to western audiences until recently but maintain cultural importance in other global regions. Others were once popular in the western world until the agricultural revolution when they largely replaced by crops like corn and modern wheat with higher yields and easier processing capabilities. Examples of ancient grains include buckwheat, amaranth, teﬀ, and ancient wheats, including spelt, emmer and farro. And, of course, there is quinoa, the ancient grain that broke the mainstream market barrier. 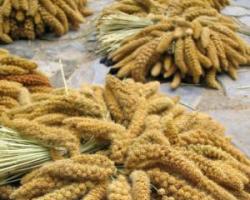 Data shows that consumers are demanding more from their food. With snacking on the rise (accounting for more than 50% of eating occasions), consumers expect snack foods to act like mini meals and less like treats. Consumers are also looking beyond the tag words such as “organic” and “non-GMO”, though those characteristics are still extremely important to their buying habits. They are seeking deeper levels of engagement from their food, looking for farm driven messaging with new tag words like “regenerative” and “biodynamic”. With snacking on the rise, and planetary and personal wellness an increasing concern among consumers, ancient grains seem to ﬁt snuggly into the expectations of the modern consumer.

Ancient grains made their way into the human diet by standing out from the crowd, naturally thriving in their often harsh environments enough to be noticed. Ancient grains are hardy, and tend to thrive with lower levels of pesticides, fertilizers, and irrigation, making them an attractive choice to consumers who choose to shop with their carbon footprint in mind as we wrote in our blog last month. 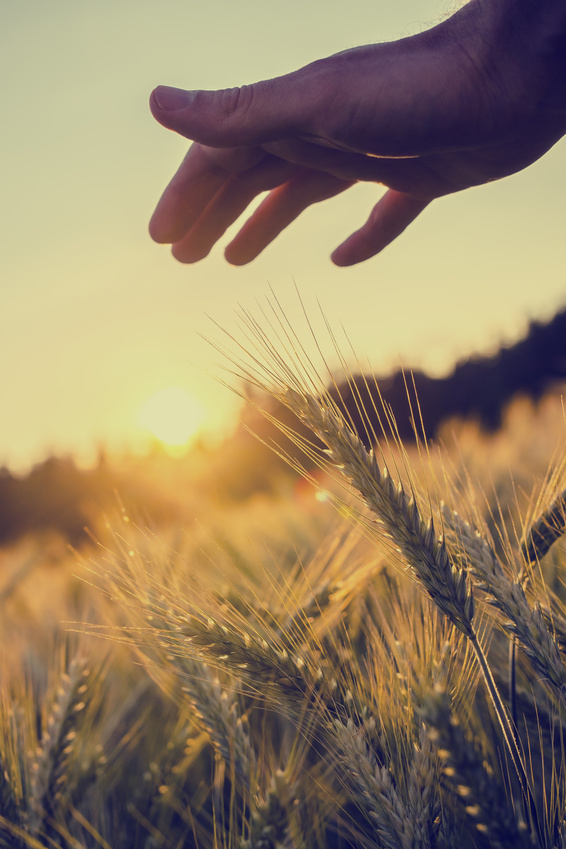 The category of ‘ancient’ or ‘heirloom’ grains is not centered around a nutritional characteristic. They are certainly more nutritious than reﬁned grain products, but are not necessarily healthier than their non-ancient whole grain counterparts. Like all whole grains, ancient grains contain a diverse and impressive mix of nutrients. Quinoa is a complete protein, containing all nine essential amino acids our body requires. Amaranth is a complete protein as well and contains lunasin, a peptide believed to have anti-inﬂammatory and cancer-preventive beneﬁts. Buckwheat is a terriﬁc energy source. In its whole grain form, buckwheat has high levels of resistant starch resulting in a low GI response. A large cohort of the ‘ancient grain’ category is gluten free, including the pseudocereals buckwheat, amaranth and quinoa as well as millet, teﬀ, and wild rice. Ancient wheats have also been found to digest diﬀerently than their modern counterparts, and we have heard anecdotally that eating naturally leavened bread made with ancient wheat has led to some gastrointestinal relief in gluten intolerant individuals.

Ancient grains are certainly well primed for this moment, and sure tick a lot of the boxes consumers are seeking. They have a great narrative, they’re good for the soil and leave a small carbon footprint, and they pack a nutritional energy ﬁlled 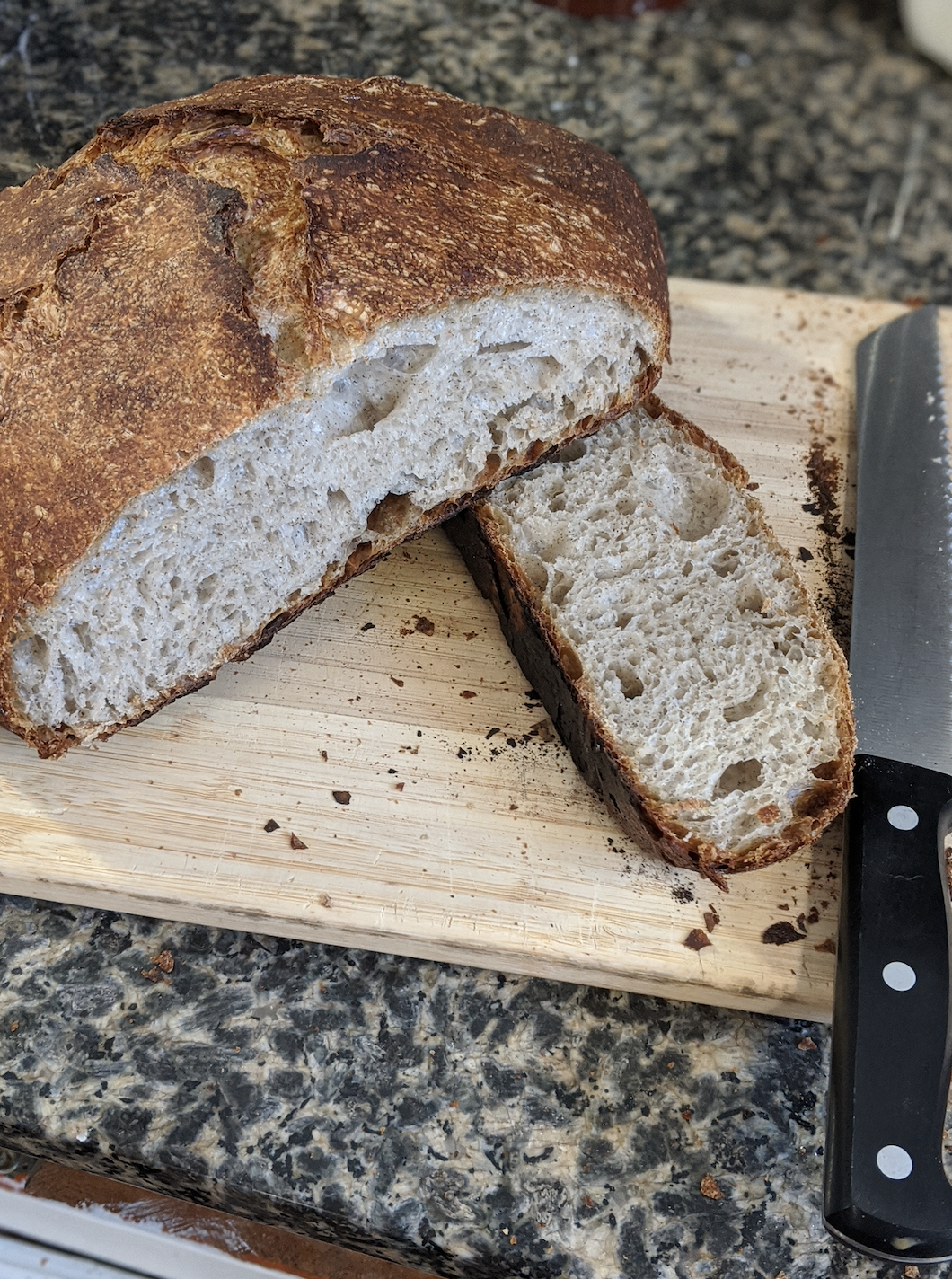 punch. Baking Business recently published an article on the rise of ancient grains in the baking world. As Don Trouba, senior director at WGC member Ardent Mills is quoted ““Remember, more than ever before, consumers have the ability to choose foods that align with their individual values, whether that’s personal health, planetary health, supporting farmers, etc. Heirloom grains have the ability to reshape modern foods.”

So next time you’re at the grocery store, take a look at the shelves and see what ancient grain products you can ﬁnd. Maybe try something new, and let us know what you think! (Abby)

Helen Ramsaran
Thank you. I resolve to eat more ancient grains in 2021!
Lorraine
Yes definitely going to be looking for them when I shop, thanks