Understanding that grains can feed more people when the nutritious bran and germ aren’t polished off, and when grains reach the mouths of people, rather than livestock, the Danish government responded to wartime food shortages by promoting a (mostly) vegetarian diet based around whole grains,... 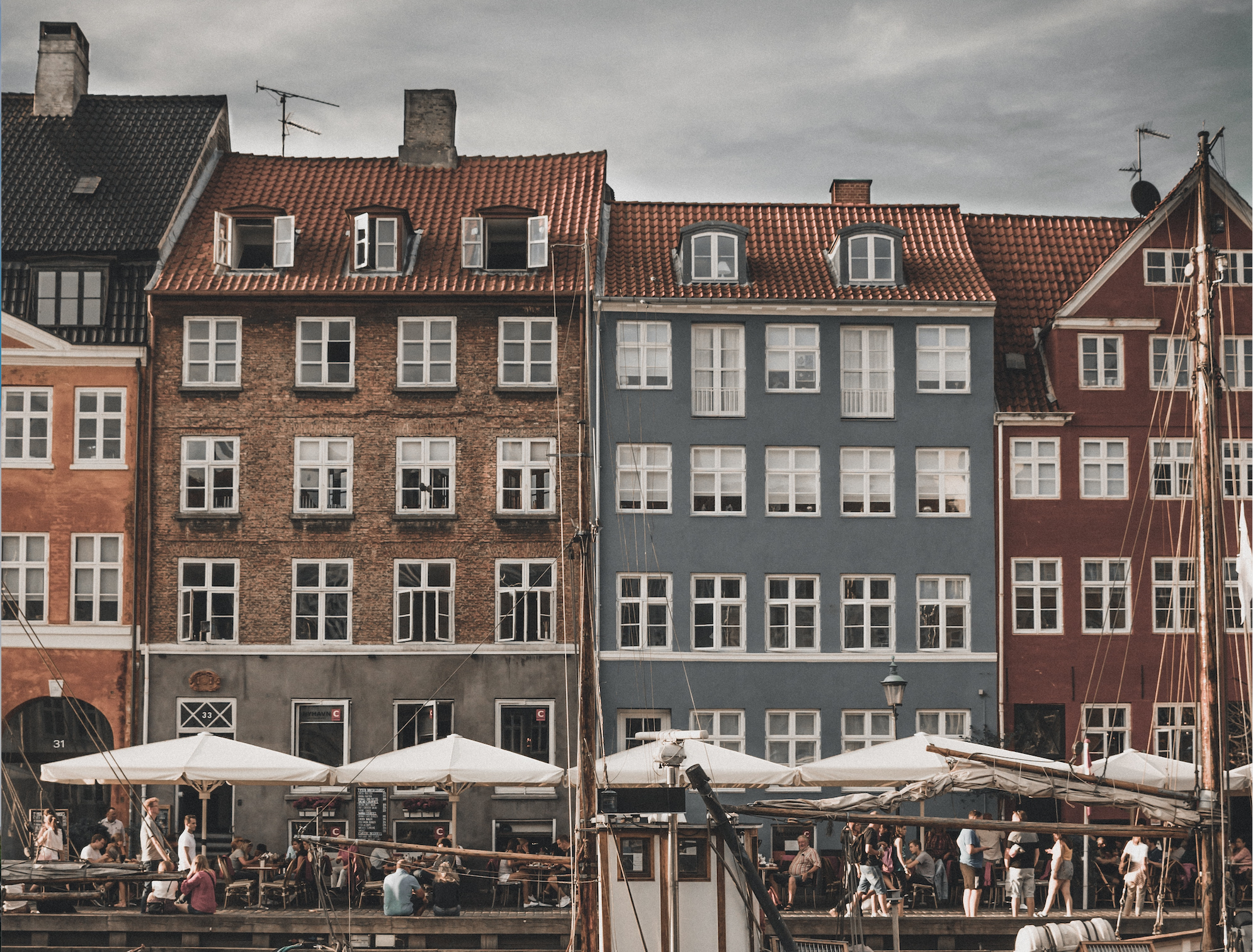 During World War I, in response to their own food shortages, the German government cut Denmark oﬀ from important food imports, meaning that Denmark would have to make do with much less food coming in. Understanding that grains can feed more people when the nutritious bran and germ aren’t polished oﬀ, and when grains reach the mouths of people, rather than livestock, the Danish government promoted a (mostly) vegetarian diet based around whole grains, potatoes, fruits, and vegetables while also decreasing the production of alcohol and livestock (pigs).

While wartime food shortages aren’t ideal for anyone involved, this dramatic dietary shift had far reaching consequences on the health of Danish citizens, and not in the way you might expect. The overall death rate in Denmark dropped more than 2 percentage points below the previous low, and the death rate from chronic diseases also dramatically decreased. In fact, the period of October 1917 to October 2018 came to be known as the “year of health” in Denmark.

This story, as recounted in Mark Bittman’s new book, Animal Vegetable Junk: A History of Food, from Sustainable to Suicidal, emphasizes whole grains’ importance for both food security as well as overall nutrition. According to Bittman, “the recommendations of most of today’s public health experts are in line with the Danish style of eating during the war.”

Today, Denmark continues to be one of the world’s leaders in whole grain consumption, as dark grainy breads and porridges are deeply woven into the cultural fabric of the country. Knowing that healthy eating can be a challenge in today’s grab-and-go food environment, the Danish Whole Grain Partnership (a public health campaign modeled oﬀ our own work here at the Oldways Whole Grains Council) is working to increase whole grain consumption even further. However, you don’t have to live in Denmark to reap the beneﬁts of a healthy whole grain diet. 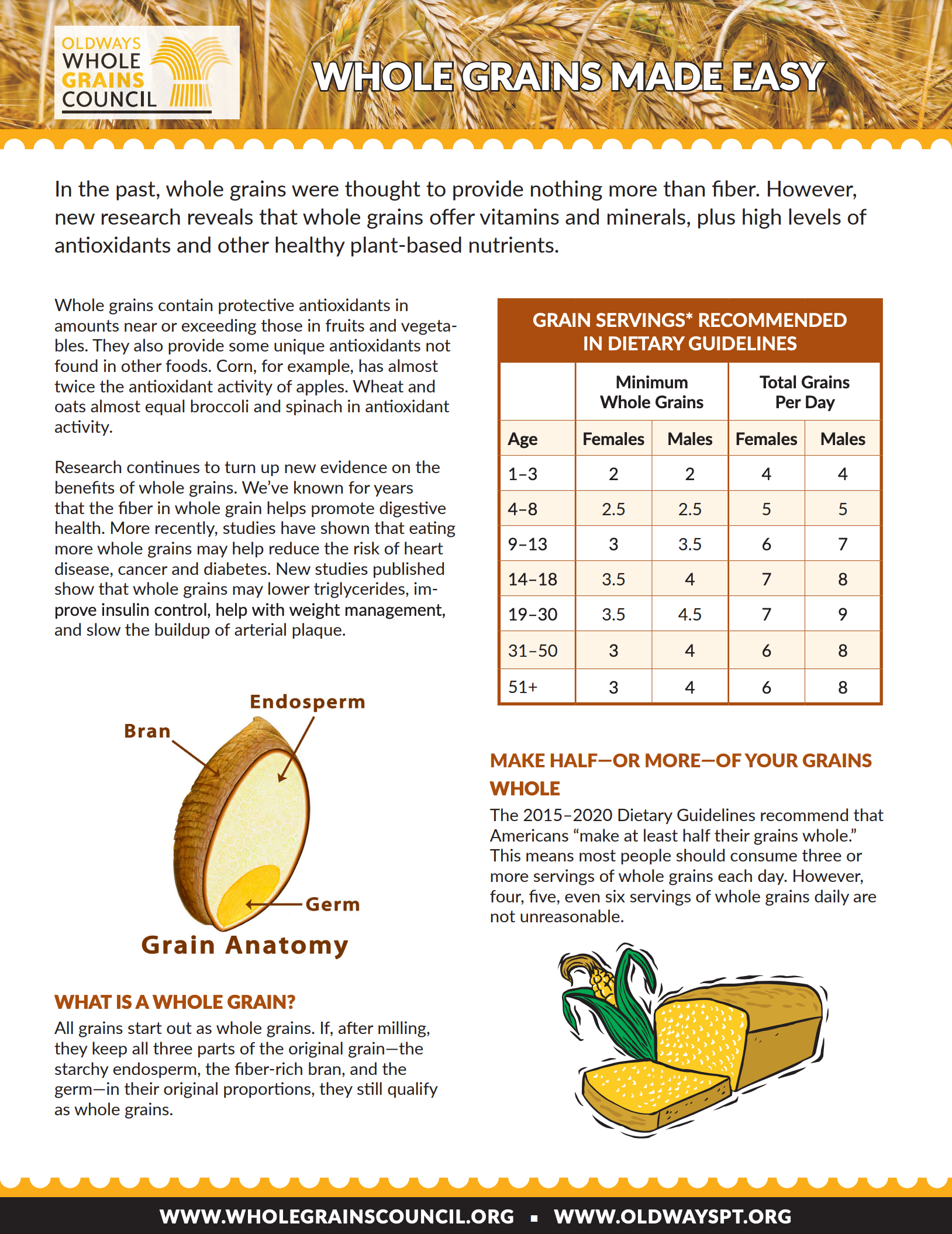 In a large meta-analysis of more than 200 studies, researchers found that eating more whole grains is linked with a 13-33% lower risk of numerous critical outcomes, including heart disease, stroke, type 2 diabetes, and even all-cause mortality. Additionally, the researchers noted a dose-response relationship for both whole grains and ﬁber, indicating that those who eat the most may confer an even greater beneﬁt. Filling up on more plant-based foods (like whole grains) and making meats and sweets a smaller part of the diet is another strategy to improve both your lifespan and your “healthspan,” as numerous studies demonstrate.

As our Danish neighbors have shown us, it is possible to be better fed with fewer resources, and whole grains are an important piece of the puzzle.  Start with just one serving of whole grain per day, then work your way up to two, three, or even more. Whether you’re eating to protect your own health, or the health of the environment, whole grains are a key ingredient. (Kelly)

P.S. As you try new whole grain foods, be sure to take a quick video of your reaction as part of our #SampleWholeGrains celebration this month!