Who’s that grain? Spotlight on Sorghum

Expand your whole grain knowledge and get to know the ancient grain, sorghum! 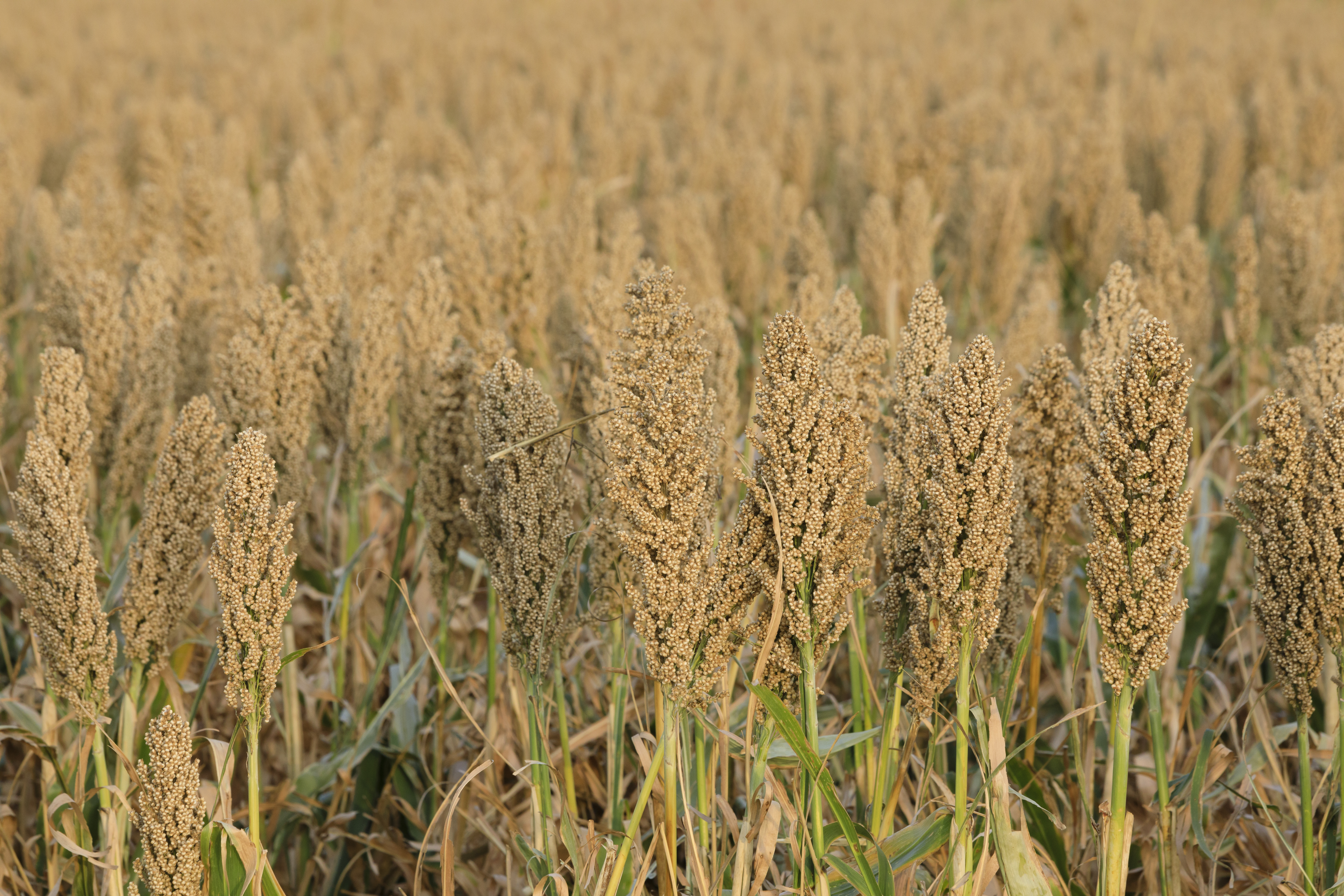 The term ‘Ancient grain’ is getting its fair share of media attention, and for good reason! Ancient grains are deﬁned as crops that have been largely unchanged over the last several hundred years. They’re good for the soil, they are more hardy in the face of climate change, and they pack a nutritional-energy-ﬁlled punch — making them an attractive choice to consumers who choose to shop with sustainability in mind, as we have written about in the past. Ancient grains are certainly well-primed for this moment, and sure tick a lot of the boxes consumers are seeking!

One of these impressive grains is sorghum, also known as milo. This week, we caught up with the United Sorghum Checkoﬀ Program (USCP) to learn more about this ancient grain! Established in 2008, USCP is a producer-funded organization dedicated to improving the sustainability of the sorghum industry through research, promotion, and education. 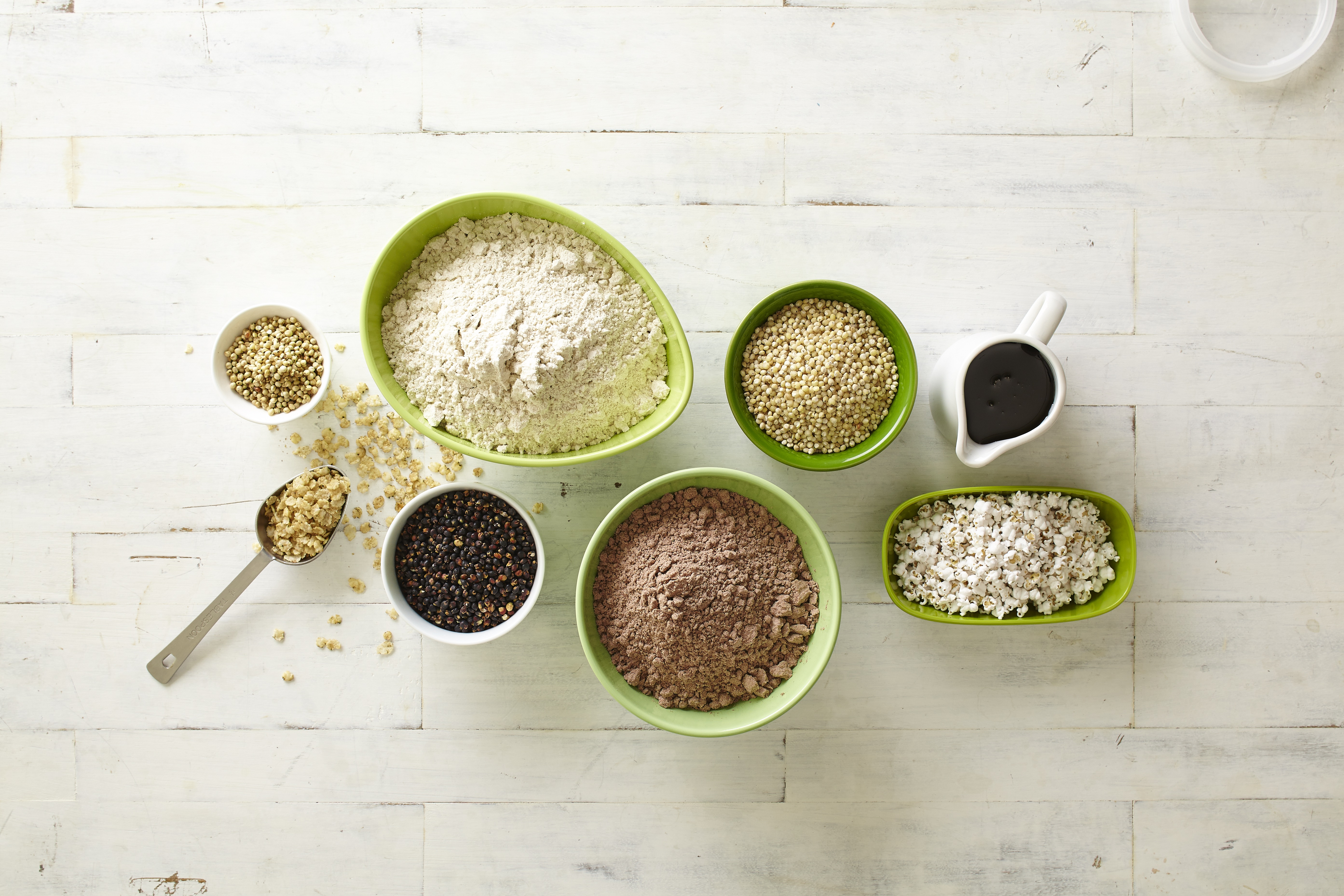 WGC: Tell us a little about sorghum as a food.

USCP: Packed with protein, whole grain sorghum provides important building blocks for bone, muscle, skin, and enzyme development. Sorghum is a natural source of antioxidants, which may help to lower your risk of cancer, diabetes, heart disease and some neurological diseases. Sorghum grain provides an excellent source of dietary ﬁber, which improves digestive health and helps you feel fuller longer, contributing to a healthy weight. This ancient grain is a naturally gluten-free and non-GMO option for the whole family. Its complementary neutral, nutty ﬂavor and heartier texture bring out the best in other ingredients.

WGC: What do you wish more people knew about sorghum?

USCP: Sorghum is an extremely versatile grain with many forms and applications to transform your next meal. Sorghum is an ingredient you can get creative with. Boil it, pop it, bake it — discover the many possibilities, from whole sorghum kernels, to sorghum ﬂour, to ﬂaked options and beyond!

WGC: What is your favorite way to cook with sorghum?

USCP: It’s hard to pick just one when there are so many amazing options! Popped sorghum is a fun, easy, and nutritious way to enjoy sorghum and is the perfect application for a variety of toppings, from sweet cinnamon sugar to savory Parmesan and rosemary. 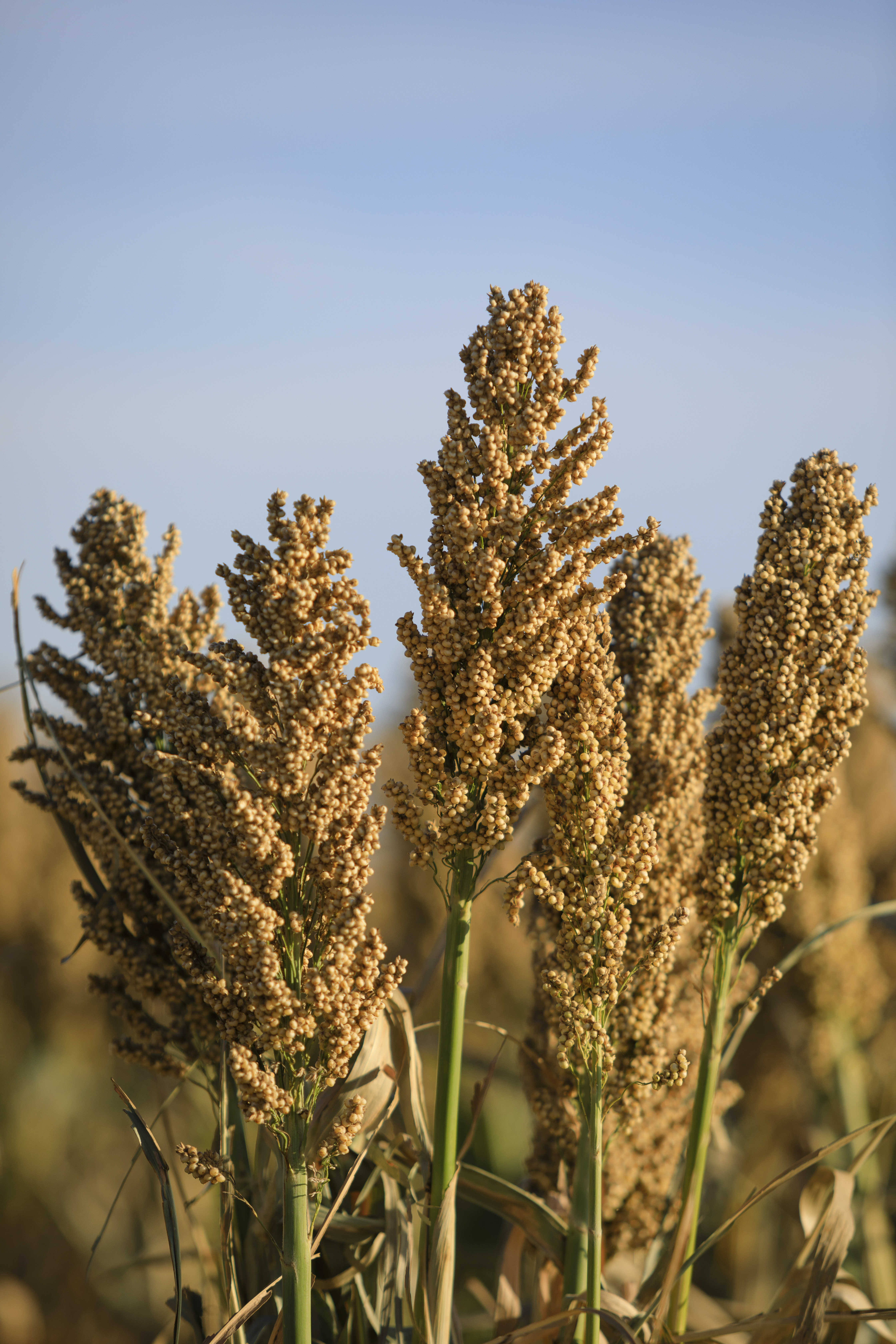 Whole grain sorghum can be prepared like rice or oats for a perfect start of the day as breakfast, or as the base of a grain bowl for lunch or dinner.

Tip: Sorghum can be frozen and reheated without losing its great taste and texture. Unlike other grains, sorghum holds up well when frozen and reheats to its original state. You can make sorghum in advance with diﬀerent stocks and spices, then freeze it for future use for an easy way to add sorghum to your weekly meal plan!

WGC: What changes has the sorghum market gone though in the past decade or so?

USCP: Over the last few years, sorghum has grown in popularity as a healthy, versatile food in the U.S., but it has been a food staple around the world for thousands of years. In fact, sorghum is the ﬁfth most important cereal grain crop in the world, largely because it grows well in an array of environments.

Sorghum was ﬁrst cultivated in Africa and was uniquely adapted to grow in similar climates. Serving as Africa’s second most important cereal grain in terms of tonnage, sorghum is an important food grain for many African countries. In Africa, sorghum is often used for fermented bread, such as kisra and dosa, and stiﬀ porridges, such as ugali, tuwo, karo and mato. Both boiled whole and pearled sorghum are consumed throughout Africa, and couscous made from sorghum can be found in West Africa.

The United States is currently the world’s largest producer of grain sorghum, having produced approximately 454 million bushels in 2021.

WGC: Surveys show that consumers are starting to pay attention to how sustainable and climate-friendly the foods they buy are. How does sorghum address these sustainability and climate concerns?

USCP: Sorghum is called The Resource Conserving Ingredient™ for a reason! One of Sorghum’s superpowers is adaptability to climate challenges such as heat and drought, requiring an amazing 30 percent less water than other grains. Nationally, 91 percent of sorghum acres are fed by rain alone.

Sorghum helps regenerate soil with increased organic matter, enabling it to retain more important soil nutrients and moisture. U.S. sorghum farmers practice conservation tillage on 74 percent of total sorghum acres. Sorghum stalks left standing in the ﬁeld in conservation tillage systems can help add nutrients back into the soil, break up soil compaction, help retain moisture, capture winter moisture, and reduce wind erosion while improving overall soil health. Sorghum removes harmful carbon from the atmosphere by storing it safely in the soil through the natural process of photosynthesis. Sorghum has reduced its carbon footprint through increased conservation tillage practices and increased nitrogen-use eﬃciency. Not only does this lead to greater proﬁtability for farmers but it adds to overall environmental health, as well.

In addition, sorghum helps wildlife populations thrive because it is a preferred food choice for quail, pheasants and many species of birds and deer and creates habitat protection. 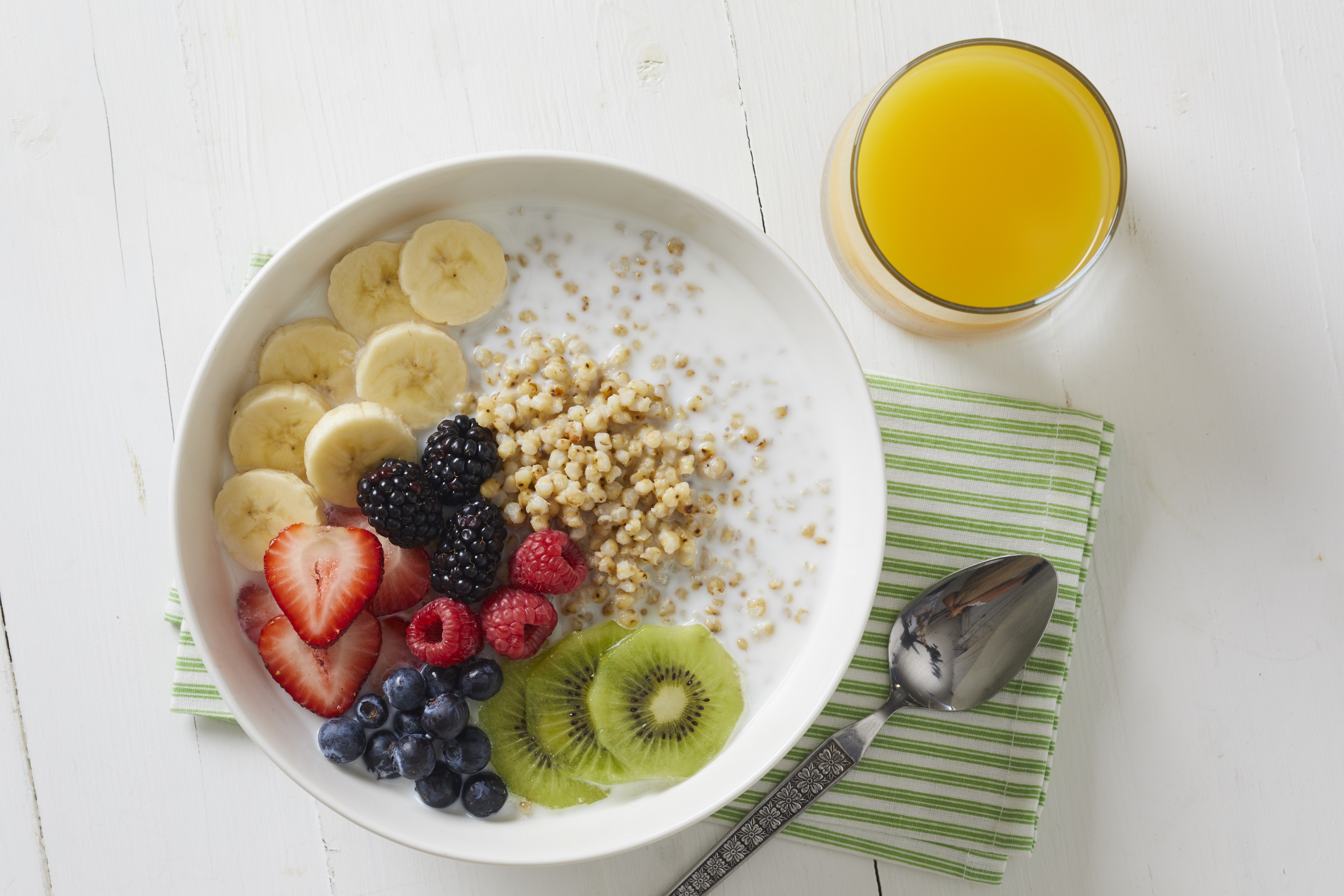 WGC: What are your dreams for sorghum in the US market, and abroad in the future?

USCP: The Sorghum Checkoﬀ’s Executive Director, Norma Ritz Johnson, sees it this way: “Sorghum checks all the boxes when it comes to being a versatile product grown in a sustainable, resource-conserving manner. However, I think the world is just beginning to discover sorghum’s full potential as both a nutritional resource and a sustainable solution. My desire is for increased awareness to lead to increasing the diversity of end uses for sorghum whether in the food space or even as a solution for our pets’ nutritional needs. The Sorghum Checkoﬀ is continuing to work toward promotion to ensure more consumers and processors learn about sorghum’s advantages, as well as investing in research to develop new and improved ways to use and incorporate sorghum.”

Have you heard of, or tried, sorghum? Tell us what you think below! If you want to know more about ancient grains, join us for our webinar on ancient grains and biodiversity (Abby)

Thank you to Lanier Dabruzzi of the United Sorghum Checkoﬀ Program for sharing her time and knowledge with the WGC!

Alan Lewis
Just reduced wheat in our diet and started use sorgham as ann alternative found a great recipe for pancakes and looking for bread and pasta recipes. Thanks
Caroline-WGC
Hi Alan -- Our website and the Sorghum Checkoff (https://www.sorghumcheckoff.com/recipes/) website both have lots of sorghum recipes. However, I didn't find a bread or pasta recipe on either one. I'm sure you can find recipes on various food blogs (especially gluten-free baking blogs) but unfortunately, we can't attest to any specific recipes. Try some out and let us know which ones you like!