Rice and Wild Rice September Grains of the Month

September is not only Whole Grains Month, but also National Rice Month – and the month traditionally celebrated as Wild Rice Month, as well. While these two versatile, nutritious, gluten-free whole grains have similar names, wild rice is not actually a kind of rice, and each grain has a full story of its own. So this month we’re oﬀering two full Grain of the Month features. 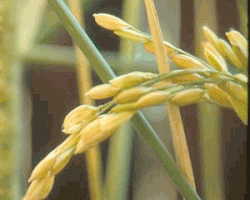 Rice, along with wheat and maize (corn), is one of the three staple global crops. Together, these three cereal grains supply more than 40% of all calories consumed by humans. There are two distinct species of cultivated rice. Asian rice (Oryza sativa) and African Rice (Oryza glaberrima). The vast majority of rice produced today is Asian rice. African rice was domesticated 3000 years ago in the Niger river ﬂoodplain independently of the domestication of Oryza sativa in Asia. Asian rice strains were introduced into Africa by the Portuguese in the 16th century and have steadily become the predominant rice cultivated and consumed there, due to larger yields and other desirable characteristics. Today, African rice is only grown by some West African farmers mostly for religious purposes.  Due to African rice’s cultural importance and hardy nature, there has been renewed interest in the crop, speciﬁcally for the purposes of creating a crossbreed between Asian and African rice varieties with the hopes of creating an optimal rice crop for the continent.

Rice is a somewhat high maintenance and labor-intensive plant, which is surprising giving its global spread and importance to developing communities. Though rice can grow in a wide variety of environments, it is quite water intensive unless bred for drought tolerance. Weed control in rice ﬁelds is diﬃcult and labor intensive which led to the practice of ﬂooding rice ﬁelds, or paddies, to control weed growth and rodent issues. Asian rice, which makes up the vast majority of the global market, is categorized into two general groups — indica and japonica.

Rice growing in ﬁelds and paddies has three edible parts – the bran, the germ, and the endosperm – just like all other whole grains. One kilogram of paddy rice yields about 750 grams of brown rice, but only 650 grams of white rice. In an eﬀort to reduce food waste and promote food security, some Asian governments are promoting brown rice for reasons of sustainability, not just health. Most of us think of “brown rice” as being synonymous with whole grain rice, but in fact whole grain rice can be many diﬀerent colors, depending on the variety of rice. Most rice varieties look similarly white once they’re milled to remove the bran and germ – but trace them back to their origins, and you’ll see a vibrant range of colors. Click here to see photos and descriptions of diﬀerent types of rice and learn more. 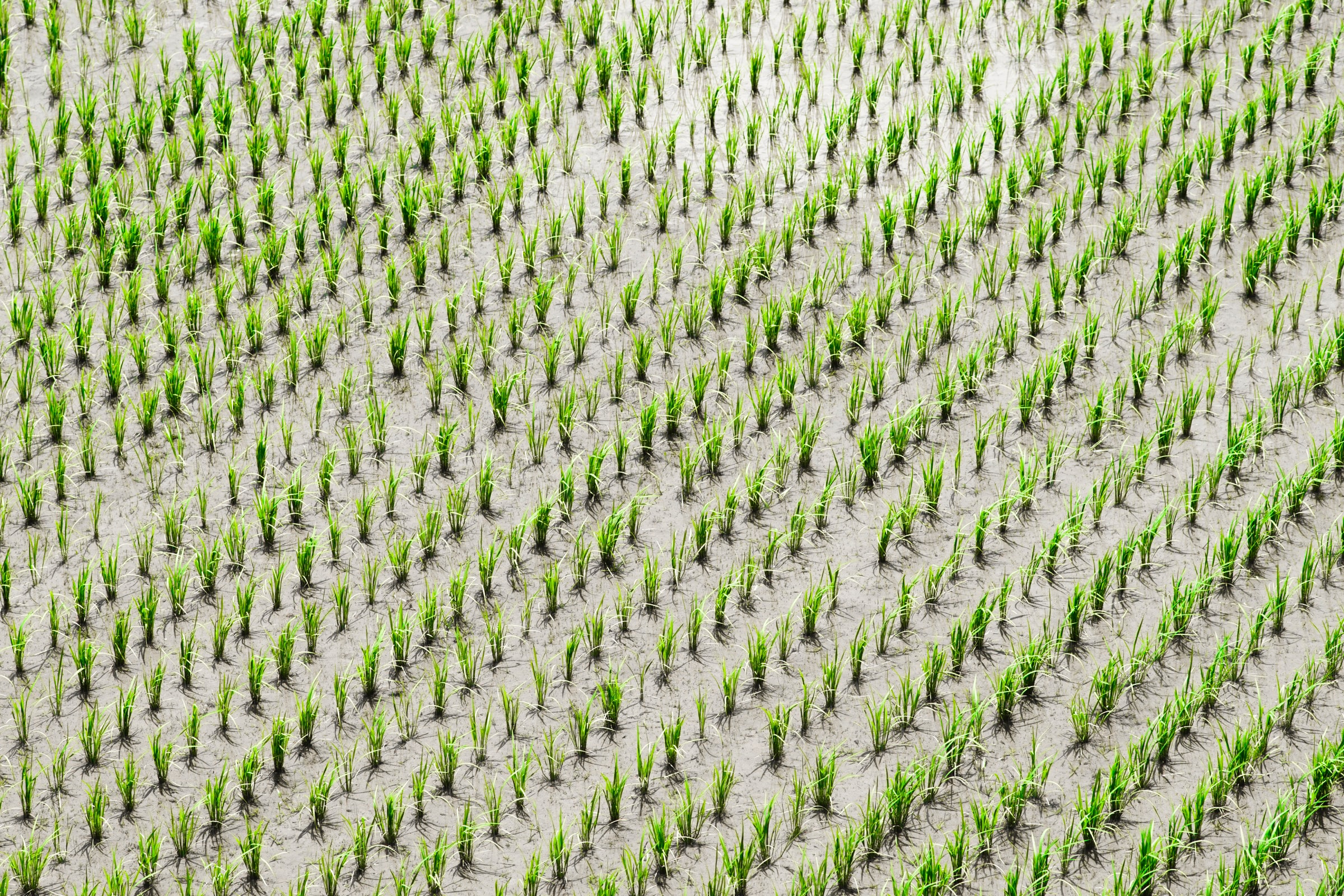 Photo by Ryo Yoshitake on Unsplash

Rice is of such cultural importance in Asia and India there has always been healthy amount of research, and debate, surrounding the origins of domesticated rice. There is general consensus that rice was being cultivated more than 8,000 years ago in China, where it was slowly domesticated in the Yangtze river valley — perhaps independently in two locations – from 6,000 — 3,000 years ago into what we know now as Oryza sativa japonica. There is lively discussion about the domestication of another subgroup of Oryza sativa, Oryza sativa indica, in India. Native wild rice varieties had been cultivated in the Ganges plain for perhaps as long as in the Yangtze valley. Some believe that Yangtze valley domesticated rice, Oryza sativa japonica, spread through Asia and south into India. There, it interacted through human intervention with wild varieties resulting in the genetic variety we see today. To put another way: there was one point of domestication of rice, in the Yangtze Valley. As it spread to India, it hybridized with already cultivated strains, which some scholars have come to call ‘proto-indica’ types, creating the ﬁrst domesticated subspecies of indica. Others believe in a completely independent domestication of rice in India, separate from the domestication of Oryza sativa japonica in China. Recent evidence shows rice cultivation may have occurred in India much earlier than existing evidence showed, and many hypothesize that this early cultivation led to a  domestication event independent from japonica rice’s journey from China. It is extremely diﬃcult, however, to extrapolate from the archaeological record whether grain remains are evidence of domesticated grain, grain cultivated by the community or simply gathered wild grain.  Without clearer evidence of independent domestication in India, the prevailing belief remains to be a single domestication event in the Yangtzee river valley. 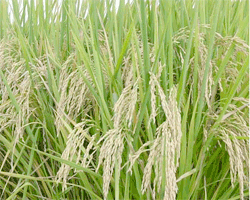 But there’s more! To make things even more exciting, a group of archeologists looking to study cassava and maize production in South America recently happened upon evidence of rice cultivation and domestication 4,000 ago as a result of increased rainfall in the area. This discovery predates European arrival in the Americas, throwing yet another potential point of independent rice domestication into the ring. Who know such a ubiquitous grain could have such an exciting, and ever evolving, past!

Wild Rice: Not Actually A Rice At All

It would be amiss not to discuss wild rice during September, though it is not technically a rice. This nutty toothsome grain is not actually from the Oryza, or rice family, but part of the four species of grasses forming the genus Zizania. Wild rice is almost exclusively found in North America, and has been an important plant both culturally and as a food source to Indigenous Americans in the Northern US and Canada for millennia.

There are three species of Zizania in North America. Northern wild rice is found in the Great Lakes region of North America and into Canada, wild rice grows on the Saint Lawrence River and the Atlantic and Gulf Coasts, and Texas wild rice is only found in a small area in Central Texas and is at risk of extinction due to habitat loss. There is also one species of wild rice native to Asia — Manchurian wild rice. Manchurian wild rice played an important role in ancient China, but is now only cultivated for its stems as a vegetable. As the name states, wild rice is a wild plant, harvested from its natural growth in rivers and streams. It remained so until it was ﬁrst cultivated in 1950. Wild rice plays an important role in the economic life of indigenous tribes of America, both in present day United States and present-day Canada.

Rice is a staple food of over half the world’s population, and perhaps the most important food crop for people in lower income countries. Historically, before industrial milling made it quick and easy to inexpensively polish oﬀ the healthful bran, rice was eaten in its whole grain form. Most of rice eaten today, however, is reﬁned and stripped of the ﬁber, fat and nutrients found in whole grain brown rice. Brown rice contains all of its healthy bran and germ, has more than twice as much ﬁber, potassium, vitamin B6, and magnesium as reﬁned white rice, as well as more of many other essential nutrients. Educating individuals on the health beneﬁts of brown rice has been shown to help change modern cultural preferences which is an important step in increasing the consumption of brown rice globally. Whole grain brown rice has been shown to cut diabetes risk, inhibit some cancers, and darker colored rice such as red and black rice are rich in antioxidants. 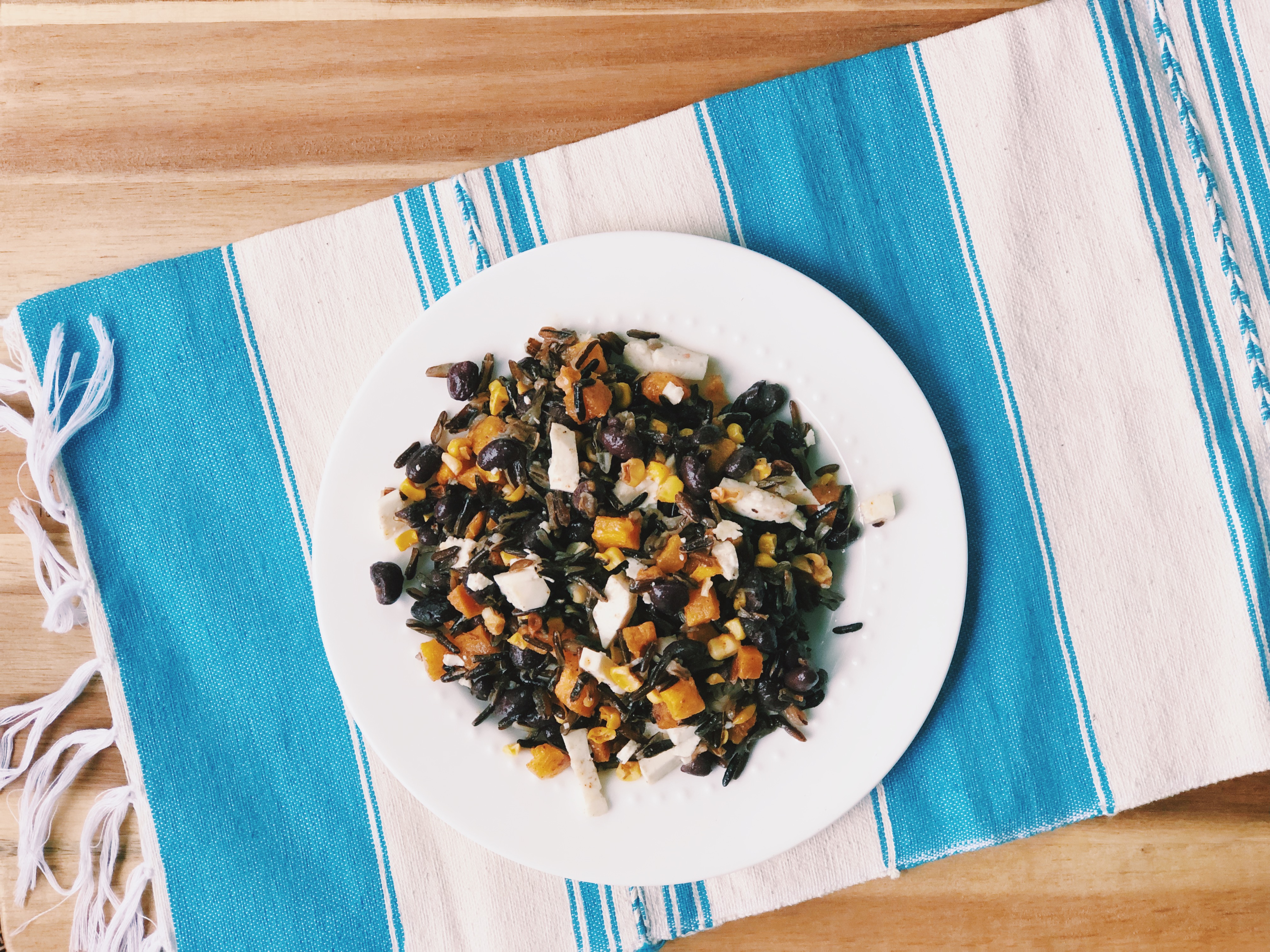 One 45g serving of wild rice contains approximately 160 calories, and is a good source of protein, ﬁber, phosphorus, zinc, copper, niacin, and folate, and an excellent source of magnesium and manganese. Research on wild rice indicates that it has antioxidant properties and is associated with heart health

Brown and colored rice can be stored in the pantry for up to 6 months or in the freezer for a year. Whole grain brown rice ﬂour can be store in the pantry for 3 months and in the freezer for 6 months. To cook whole grain rice, add one cup of dry rice with 2.5 cups of liquid, bring to a boil then simmer for 25-45 minutes. This will expand to 3 cups of cooked grain. Wild rice takes a little bit more liquid, about 3 cups per 1 cup of grain, which then expands to 3 ½ cups cooked wild rice. 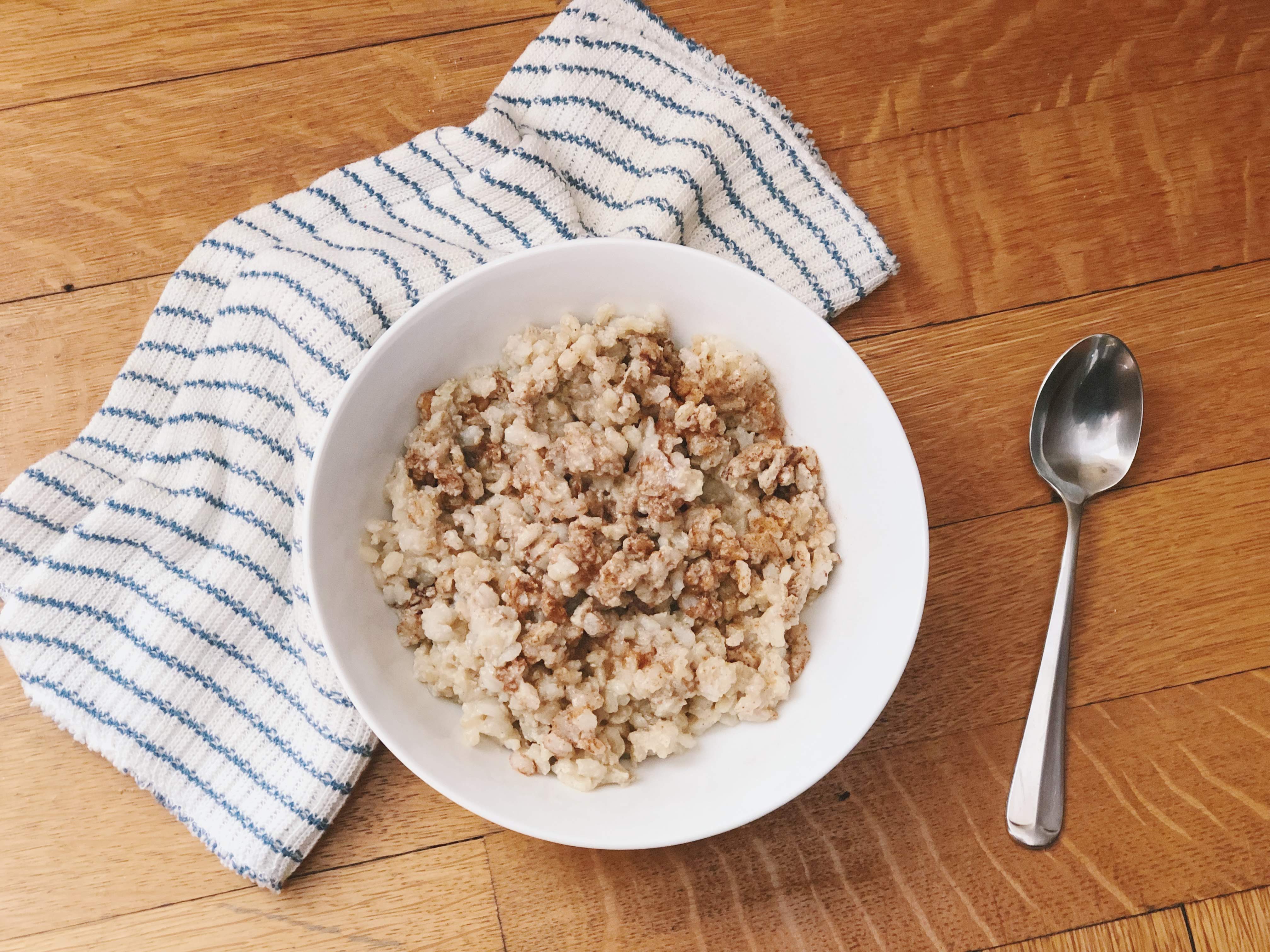 Rice has a neutral, toasty ﬂavor with hints of caramel. It accentuates other ﬂavors and pairs well with nearly everything! Rice is great as a base in curries, stir fries, risottos, and rice pudding. In fried rice, brown rice needs less oil that its reﬁned counterpart and maintains its texture and shape much better. Shorter grain rices are stickier, making them best suited for sushi and risotto, while longer-grain rices are great for pilafs. One serving of cooked brown rice (¼ cup, uncooked) has 110 calories, 2 grams of ﬁber and 2 grams of protein.

Try out these rice recipes below!