We hear from a lot of consumers who want to understand the differences between steel-cut, old-fashioned, and instant oats. Consider this your FAQ guide to all things oaty! 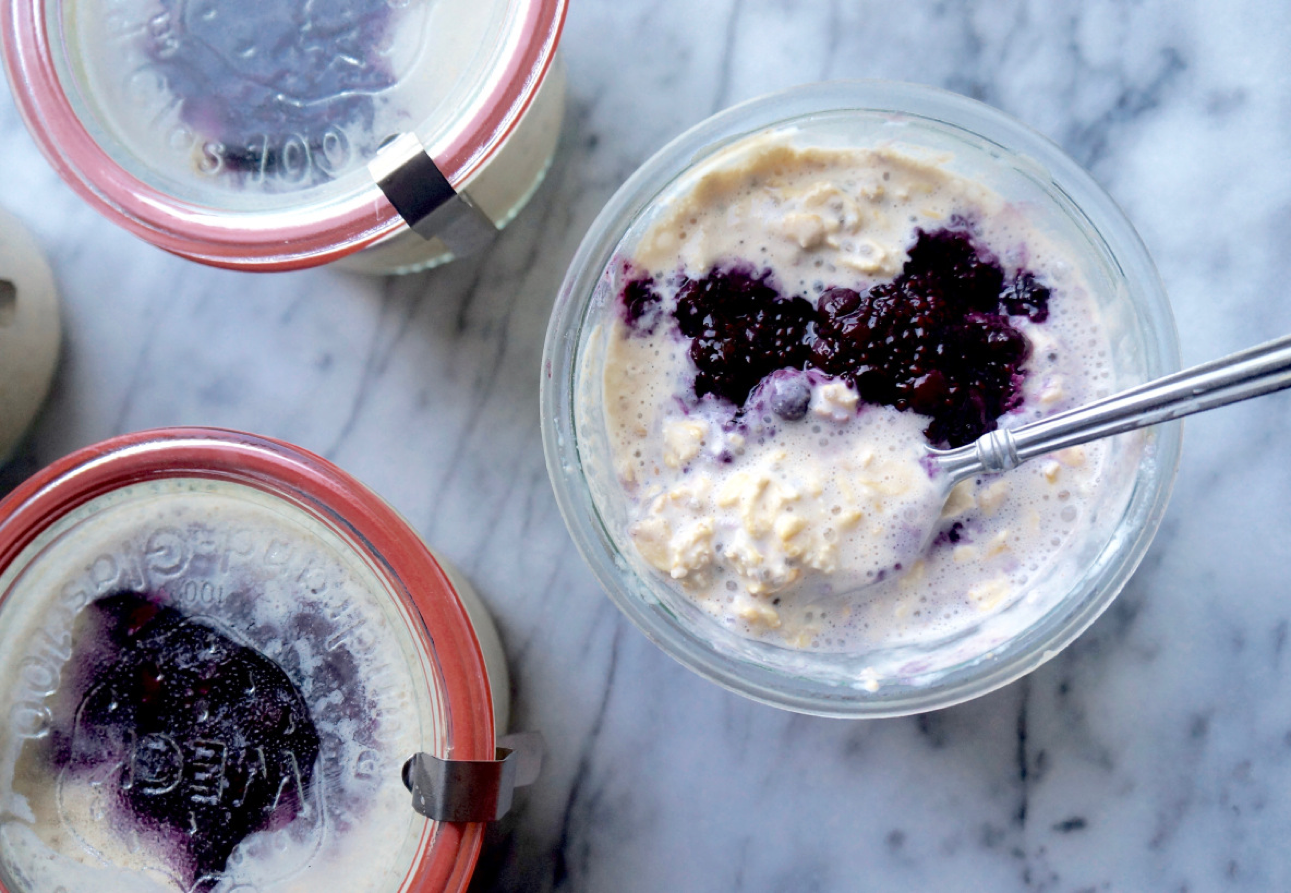 Consider this your FAQ guide to all things oaty:

Which oats are whole grain?

We have good news for those of you oat-lovers seeking whole grain options. Oats are almost never reﬁned, which means that no matter which box or canister you choose at the grocery store you’re pretty much guaranteed to be getting a whole grain product. Remember that a whole grain has all three of its original, edible parts – the bran layer, full of ﬁber and B vitamins; the germ, rich in healthy oils and other nutrients; and the starchy endosperm. When we say that a grain is reﬁned, we mean some part of the original kernel has been removed. Often, in the case of reﬁned ﬂours, the germ and bran are stripped away leaving only the starchy endosperm. When it comes to oats, however, all three parts of the kernel remain regardless of the processed form you’re buying them in, which is why plain oats qualify as 100% whole grain.

Ok then, what’s the diﬀerence between steel-cut oats and the instant variety? Is it a question of whether or not they’re processed?

The degree to which the oat kernel has been processed turns out to be the main distinguishing feature between the various types of oats. Here’s a breakdown of the most common forms of oats available to consumers:

When we talk about processed foods, we’re talking about how much they have been changed from their original state in nature. Sometimes “processed foods” get a bad rap, but many people don’t realize that lots of common, healthy foods are processed. Yogurt, for example, was invented long ago as a way to keep milk edible for more than a few hours before refrigeration existed. Plain yogurt, made with just milk and natural bacteria (the “good” kind), is what we consider a minimally processed food. Of course, today you can ﬁnd yogurts in your grocery store that are much more heavily processed, using pectin to thicken them rather than natural fermentation, and with lots of added sugars, artiﬁcial colors and ﬂavorings, etc. 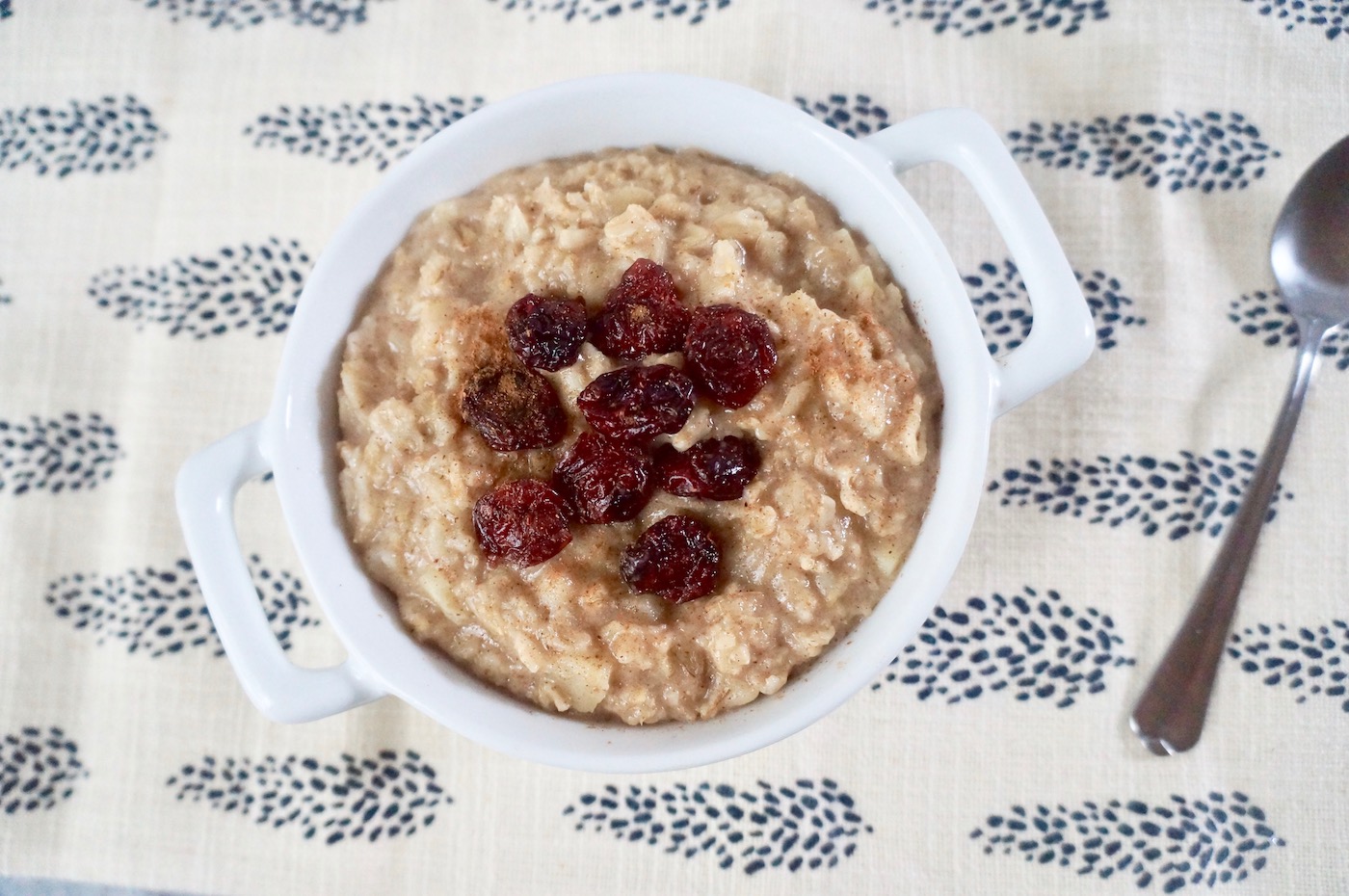 Do the diﬀerent types of oat processing have an impact on nutrition or digestion?

As we mentioned before, virtually all oats are whole, so no matter which type you choose, you can be conﬁdent you’re getting all the nutritional beneﬁts of a whole grain. The nutrient content of your oats won’t ﬂuctuate from one bowl (of old-fashioned oatmeal) to the next (of instant oatmeal). That doesn’t mean that our bodies will digest every bowl the same way, though.

Our bodies all need carbohydrates, but diﬀerent carbohydrate choices can aﬀect our bodies diﬀerently. As carbs are digested, they get broken down into blood sugar, which acts like fuel for our bodies. Carbs that break down slowly are said to have a low Glycemic Index. These are carbs that deliver energy to you bit by bit, as you need it. Carbs that break down quickly have a high Glycemic Index – they give you a big spike in blood sugar that overloads your body, followed by a crash that can leave you feel hungry and tired. In the world of grains, generally the more processed a grain is (whether it’s whole or not) the more likely it is to cause a blood sugar spike.

We hope you’re feeling inspired to cook up a comforting pot of your favorite oats! Check out our recipes for some great, ﬂavorful ideas. (Caroline)

Ryn
Hey thanks for this. I work as a grocery cashier and get health questions from customers all the time. I'm also a big fan of instant oats for breakfast on work days. I will re-consider that based on the glycemic study.
Marty Glanville
There is an option that you don't have here. Sunrise Flour Mill has an oat cereal that is a rolled oat that has not been steamed before flattening.
Caroline-WGC
Interesting -- this is not something we've heard of before. I wonder how they get the hard oat kernel to flatten without first softening it with steam.
teresa
Perhaps you know why the once popular and easily available oat bran is so hard to come by these days. Every grocery store including used to have their own brand with Wholefoods and the like selling it in bulk, but now I'm lucky to find it in any healthfood store.
Caroline-WGC
Hi Teresa -- I'm not sure why this is. Oat bran is not a whole grain ingredient, so it's not one that we include on our whole grain ingredient sourcing pages, but I would guess you could order it online if you were having trouble finding it locally.
Roxanne
I love Oatmeal and have recently been disappointed to find out that weed killer is now used in some countries.
Caroline-WGC
Hi Roxanne -- organic guidelines limits which pesticides/herbicides can be used during production, so seeking out organic oats might be a good option if you're concerned about how your oats have been grown.
Johnny Barrington
I love oatmeal but don't always have time to cook them. So I have always opted for the instant oatmeal. Unfortunately, I thought that meant they were processed and bad for me. I understand now that is not the case but I am a diabetic and I have noticed that my blood sugar spikes when I do eat instant oatmeal so I guess for me, specifically, instant oatmeal is not good. That is unfortunate as I am not familiar with cooking the other types of oats.
Caroline-WGC
Hi Johnny -- That blood sugar spike you've observed is due to higher Glycemic Index of instant oats. They digest more quickly than longer-cooking oats, which causes your blood sugar to rise rapidly. You might try rolled oats or steel-cut oats as an alternative. They aren't hard to cook! Simply boil them in water (1 part oats to 2 parts water). Rolled oats take 5-10 minutes at a boil, and steel-cut oats require more like 20-30 minutes.
Marcia
I have success cooking old-fashioned rolled oats in the microwave, using 1 part oats to 3 parts water, requiring only 3 minutes to cook. I use an extra-large cereal bowl because the oats may bubble up while cooking. This saves cleanup time, too.
Barry J White
Publix Old Fashioned Oats, 2 parts tap water to one part oats. 1 1/2 minutes on high in the microwave, done. Add a drop of milk. I add cinnamon, 1/2 a packet of Splenda and some raisins before cooking. If your gut is ever out of kilter, this will set it right.
Jenifer
Is the glycemic response different for 3 minute rolled oats different than for old fashion rolled oats? Thank you
Caroline-WGC
Hi Jenifer – In general the faster the oat product cooks, the faster your body will digest it, and the faster it will make your blood sugar spike. I’m not aware of any studies that include 3-minute rolled oats, so I can’t tell you for sure, but I suspect that the 3-minute oats will have a higher Glycemic Index than standard rolled oats.
Inge Kohl
Sometimes I cook several servings of the old fashioned rolled oats (or steelcut) in a crockpot and then keep them in the fridge. I can then portion out what I need and reheat with a little more milk. Great to add chopped apples and cinnamon as well. My husband cooks his large portion of steelcut oats on the stove and then keeps it in the fridge like I do. Either way saves time and tastes great
Linda
Whole oats take 12 minutes in an Instant Pot and they are delicious!
KT
I make a big batch of uncooked rolled oats from the bins mixed with ground nuts, shredded coconut, currants and wheat bran and then have about a quarter of a cup with milk for breakfast. Question: For my last batch, I whirred the oats a bit in the food processor to make them a bit smaller. Does that lessen their their whole grain level?
Hannah-WGC
Sounds delicious! No, processing or grinding oats into smaller pieces does not lessen their whole grain level. So long as you are consuming all of the grain’s bran, germ, and endosperm without sifting out any of the components, you are consuming the whole grain.
Claudia Thompson
Once a week in the evening I cook 2 cups old fashioned oatmeal and a large diced apple in 4 cups water at a boil for about 3 minutes, then cover it and turn off the heat and leave it on the stove overnight. In the morning what I don’t eat then, I divide what now looks like a solid pudding into about 7 portions and freeze them in individual baggies for future use. When you’re ready to eat what you’ve made, just reheat or thaw in the microwave with a little milk or apple cider is also good.
Terese
I just bought some whole oats at a Korean/Asian store, but there's no English on the 5 lb. Package except the Nutritional info. Any suggestions on how to use these oats? I am unlikely to grind into flour. Toss into soup like barley? Cook slowly overnight as porridge? Any ideas or even recipes welcome.
Hannah-WGC
Sounds great! You can view this blog post for more information on how to cook with all kinds of oats: https://wholegrainscouncil.org/whole-grains-101/whole-grains-101-orphan-pages-found/cooking-oats And, check out this recipe for whole oats: https://wholegrainscouncil.org/recipes/miso-kale-power-bowl