Oats – January Grain of the Month

We start the New Year by celebrating Oats!

Oatmeal and porridges – though loved by many – have long been portrayed as simple, scrappy, ‘stick to your ribs’ food. As a food source, oats have long played second ﬁddle to more prominent crops, such as wheat, and media darlings, like quinoa. But recently, the growing focus on plant-based alternatives has given oats a new lease on life. Not just for porridge anymore, oats are being used as a key ingredient in the fancy oat milk lattes popping up all over Instagram these days. And overnight oat recipes have taken the blogger sphere by storm. Even though they have not always been so in vogue, oats have long played an important role in the human diet.

Exciting archaeological discoveries show oats were consumed by humans far before evidence of their domestication. In Italy, traces of wild oats were found on a tool resembling a pestle in a cave occupied by paleolithic hunter gatherers approximately 32,000 years ago. Further East, in the Jordan valley, over 120,000 wild red oat seeds were found at an 11,000-year-old Neolithic era archaeological site. 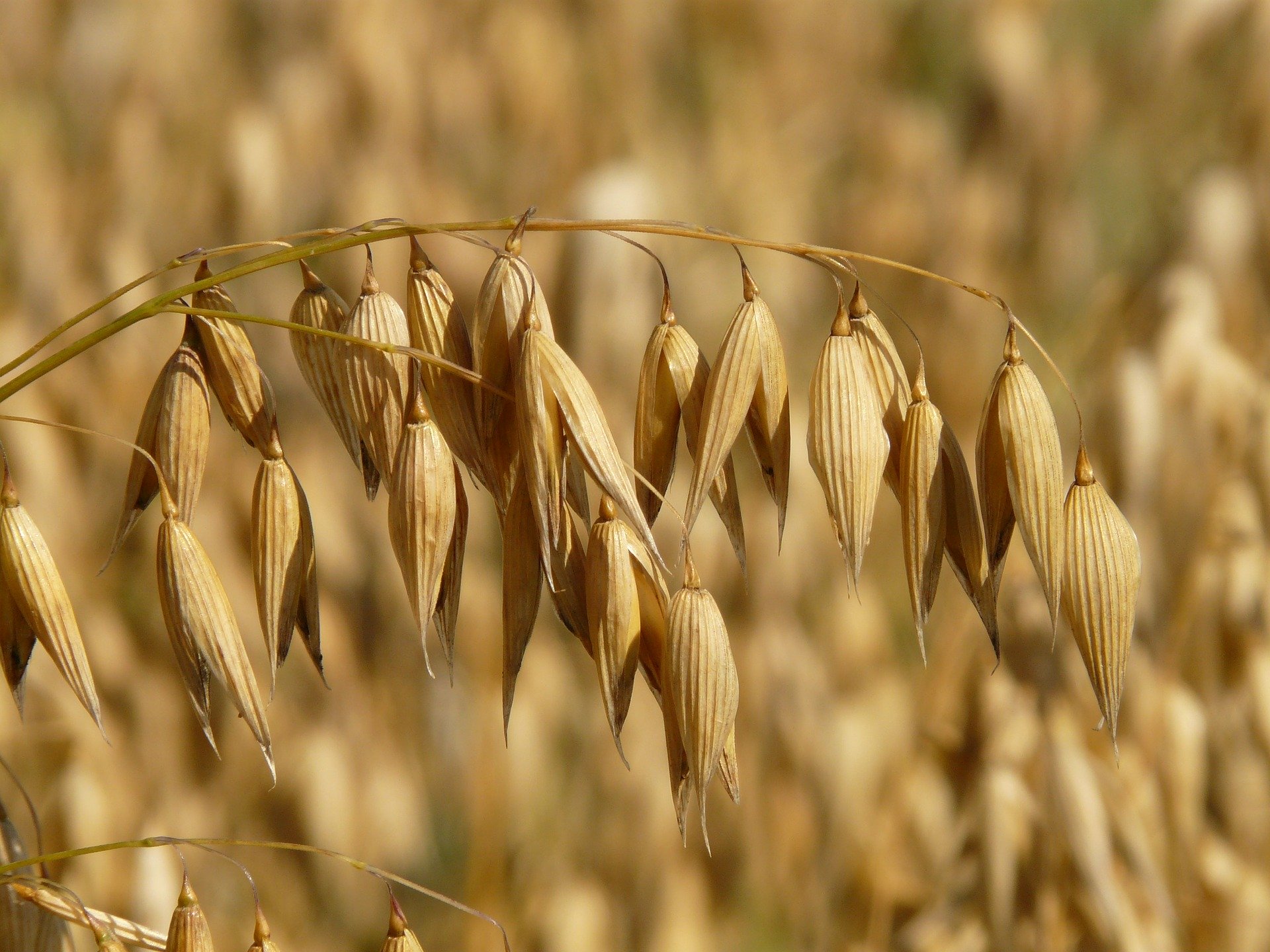 While there are many diﬀerent species of wild oats, only four have been cultivated. Avenia sativa is the most commonly cultivated oat species, and what you commonly see on grocery store shelves. Avena byzantina and Avena strigosa are grown predominantly for animal feed and fodder, and Avena abyssinica – technically only partially domesticated – is grown exclusively in and around Ethiopia. The wild origin of cultivated oats is still debated, but recent studies of cultivated oats’ genome strongly suggests that all cultivated oat species come from the wild oat species Avena sterilis. The domestication of Avena sterilis is believed to have occurred in two distinct locations – in the Fertile Crescent and along the North African coast/Southern coast of the Iberian Peninsula. Due to slight diﬀerences in their genome, oats originating from the fertile crescent are known as common oats, while those domesticated in Iberia are known as byzantina oats.

Oats made their way into Europe far after wheat and barley were already established crops. In fact, it is widely believed oats traveled through Europe as a contaminant of the wheat and barley seed trade. Due to this clandestine introduction, in many places oats were viewed as weeds competing with a wheat or barley crop. Part of their eventual adoption and success in Europe is due to the fact that oats are well adapted to cool and wet environments — making them uniquely well-suited to the European climate. And so, by the 1st century, oats had become a prominent crop.

Oats’ popularity only grew with the Roman’s introduction of the crop to the British Isles where they (unsurprisingly) ﬂourished, particularly in Scotland. In fact, Samuel Johnson’s 1755 dictionary deﬁned oats as “A grain, which in England is generally given to horses, but in Scotland appears to support the people.” A deﬁnition to which the Scottish replied “That’s why England has such good horses, and Scotland has such ﬁne men!”

In the early 17th century, oats made their way to North and South America with European immigrants. Spaniards introduced oats into the southern parts of the continent and German and English immigrants carried them into the north. Oats were a popular secondary crop in North America, predominately grown as animal and horse feed. As agriculture became more and more industrialized and machines slowly replaced horse power, oat production decreased signiﬁcantly, dropping by nearly half since 1960 (FAOSTAT data, 2005). 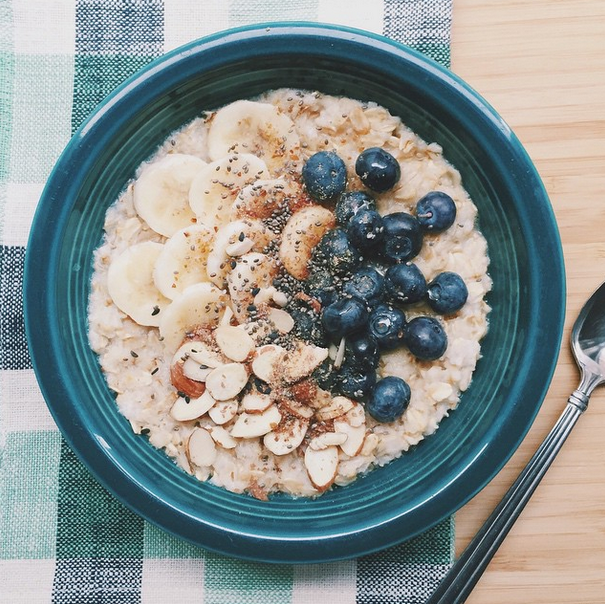 Today, Europe is the largest oat producer in the world, growing slightly more than double that of the Americas, the world’s second largest producer. Oats are a low maintenance plant, requiring few inputs in regard to fertilizer, weed and pest control. The majority of oats are grown for animal feed and fodder, though in recent years their numerous health beneﬁts have increased their popularity for human consumption.

Oats are often steamed and ﬂattened to produce rolled oats, sold as “old-fashioned” or regular oats. Flattening or ‘rolling’ oats does not strip the oats of any of their components — in fact oats are rarely reﬁned. That includes instant oats! Instant oats are whole oats that have been pre-cooked, dried then thinly rolled to achieve their speedy cook time. Steel-cut oats, also known as Irish or Scottish oats, are oat groats that are sliced or chopped, not steamed or ﬂattened. Steel cut oats take longer to cook and have a chewier texture and nuttier ﬂavor than their rolled oat counterparts. Most commonly used in porridge, oats are also used in baking and commonly found in muesli and granola. Check out some photos of the diﬀerent types of oats here.

Oats, whether they are rolled or steel cut, oats almost always in their whole grain form. Oats are a popular breakfast food, and for good reason! They have been shown to keep you fuller longer and have high levels of protein and healthy fats. Oats can help lower bad cholesterol and control blood pressure. They contain Beta-glucan, a soluble ﬁber not found in other grains save barley, that has been shown to suppress appetite and help promote gut health. Oats also contain compounds called polyphenols which have strong antioxidant, anti-itching and anti-inﬂammatory properties, potentially reducing the eﬀects of chronic inﬂammation. Oats’ anti-itching properties make them a popular ingredient in beauty products. Oatmeal soaps and soaks have long been used to ease the discomfort caused by skin ailments such as rashes and the chicken pox. 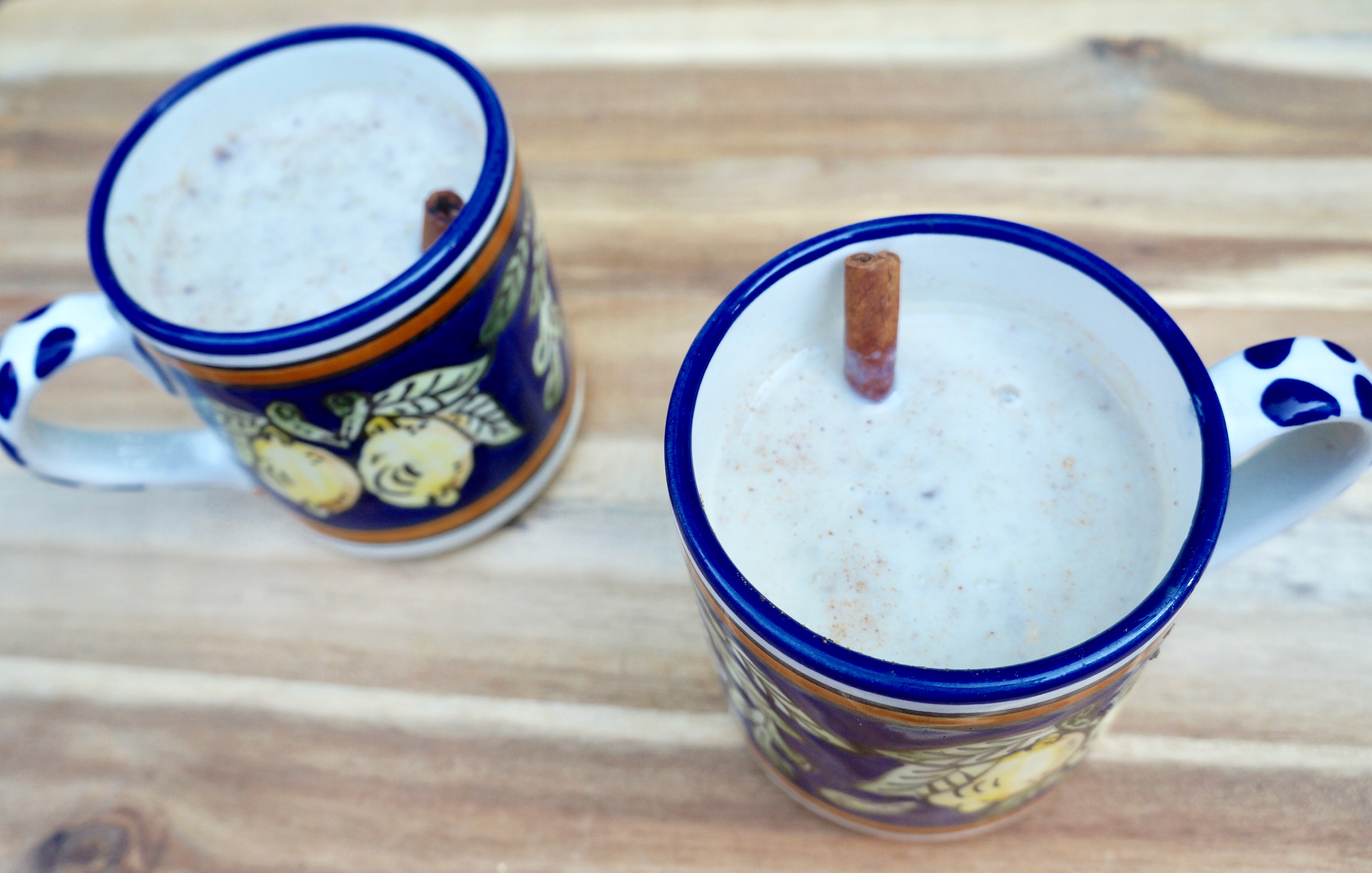 To cook steel cut oats, bring 4 cups of liquid to a boil. Add one cup of oats and simmer for 30 minutes. This will yield 3 cups of cooked grain. Oats work well in porridge and polenta recipes and steel-cut oats can be substituted for rice in risotto style recipes. Oats have a sweet, toasty aroma with hints of butterscotch, and pair well with cinnamon, dried and fresh fruit, coﬀee and coconut, as well as thyme, mushrooms, and walnuts. One serving of cooked oats (¼ cup, uncooked) has 150 calories, 4 grams of ﬁber and 7 grams of protein. Try out these oat recipes below!