The Wonderful World of Whole Wheat

In this blog we’re going to explore the wonderful world of whole wheat, highlighting both modern and ancient wheat berries (like farro), as well as quicker-cooking ground or cracked wheats (like bulgur). 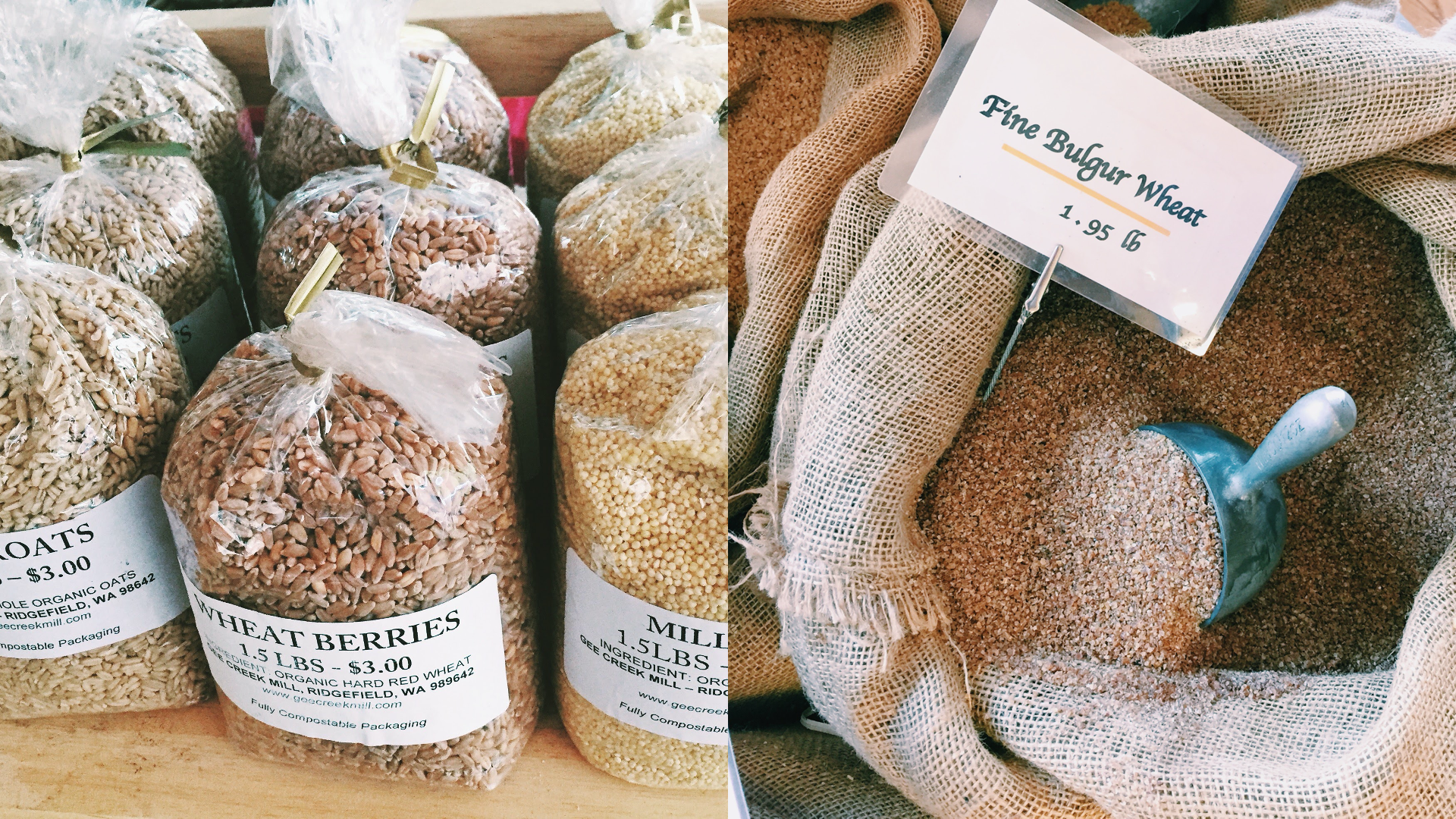 Despite all of the fuss over gluten-free diets, some of the hottest whole grains in town, from farro to freekeh, are actually types of whole wheat. Because whole wheat contains all of its bran, germ, and endosperm, whole wheat is a whole grain. (However, not all whole grains are whole wheat, because there are many other whole grains like oats or quinoa.) Today, we’re going to explore the wonderful world of whole wheat, highlighting both modern and ancient wheat berries, as well as quicker cooking ground and cracked wheats.

Wheat berries are kernels of whole wheat. Typically the “wheat berries” we see at the store refer to kernels of Hard Red Winter Wheat, Hard Red Spring Wheat, or Soft Wheat. However, there are a number of other “ancient wheats” that are can be used interchangeably with wheat berries in recipes. While wheat berries traditionally take close to an hour to cook, you can cut the cook time down by using the “pasta method” of cooking or by using a rice cooker or pressure cooker. Some retailers also oﬀer pre-cooked whole grains like farro or Kamut® in the freezer aisle or rice aisle that can be quickly microwaved or boiled. 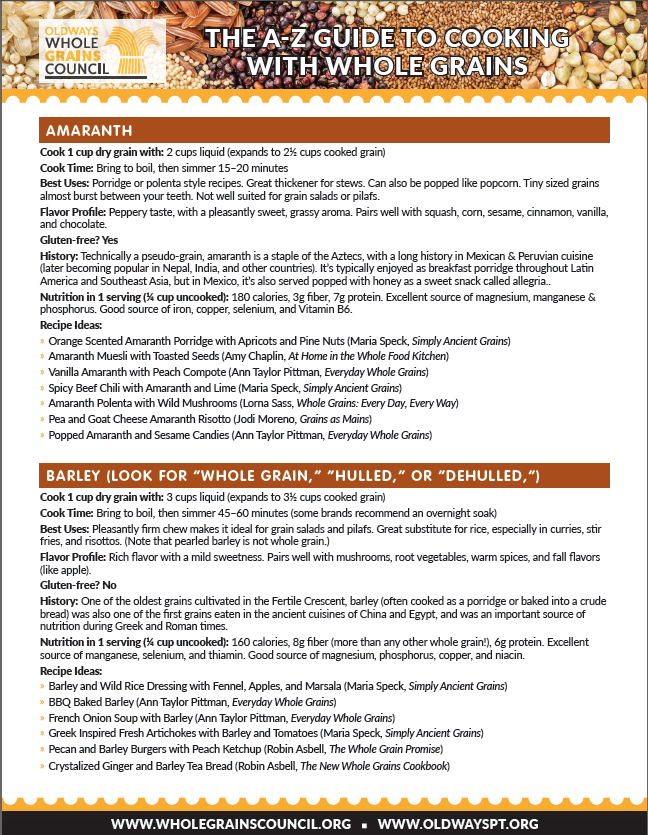 To help reduce the cook time of wheat berries, some processors crack wheat kernels into smaller pieces (without removing the healthful bran or germ). A few of our favorite examples of quicker-cooking wheat pieces, for lack of a better term, are found below.

If you want to learn more about wheat’s history, production, and nutrition, check out our Grain of the Month feature. For cooking tips, download our A-Z Guide to Cooking with Whole Grains, pictured above right. (Kelly)